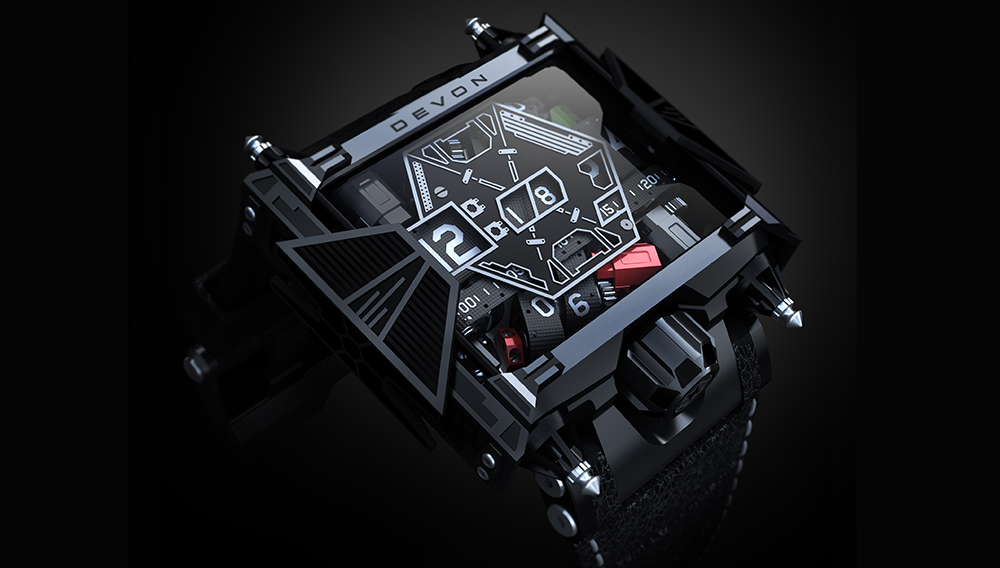 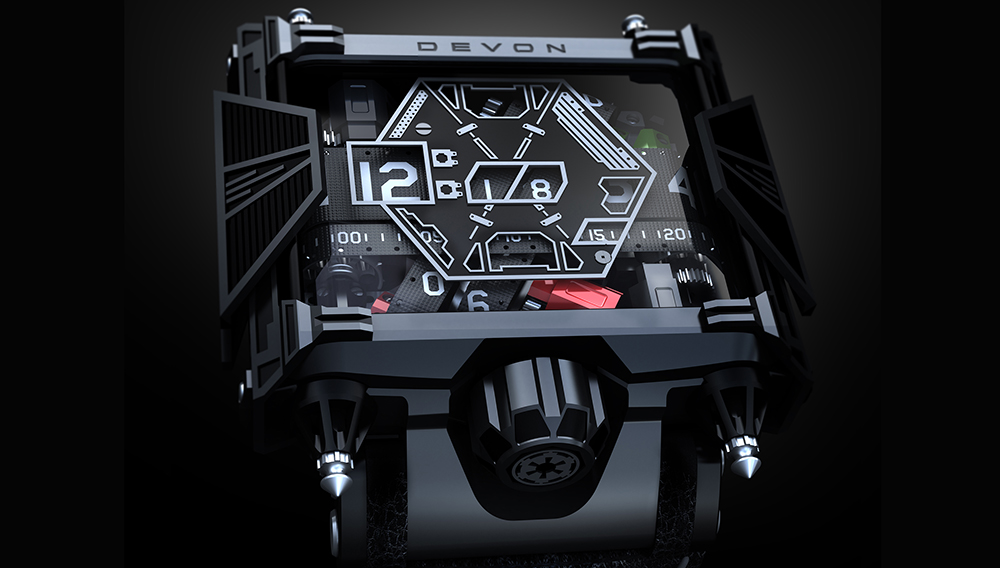 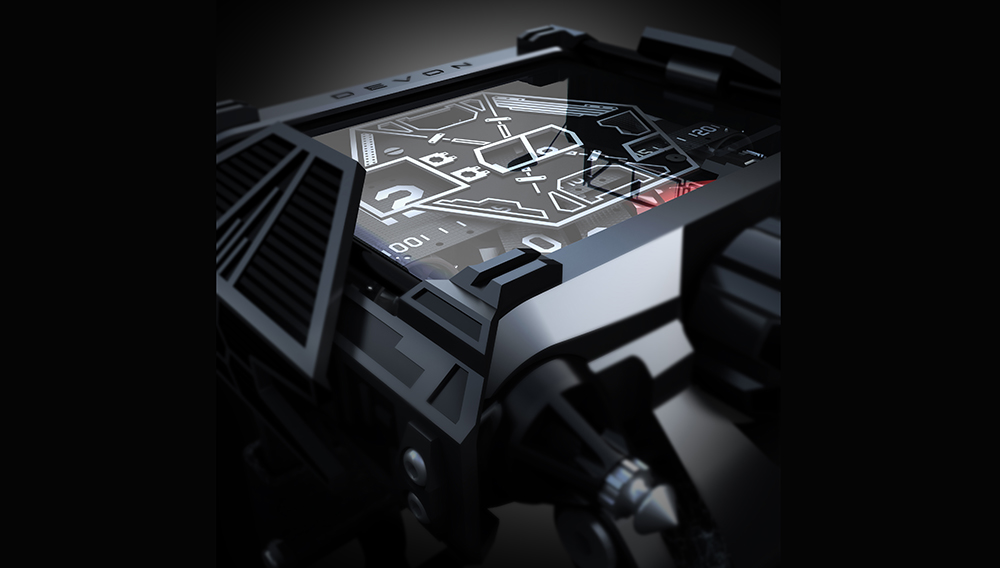 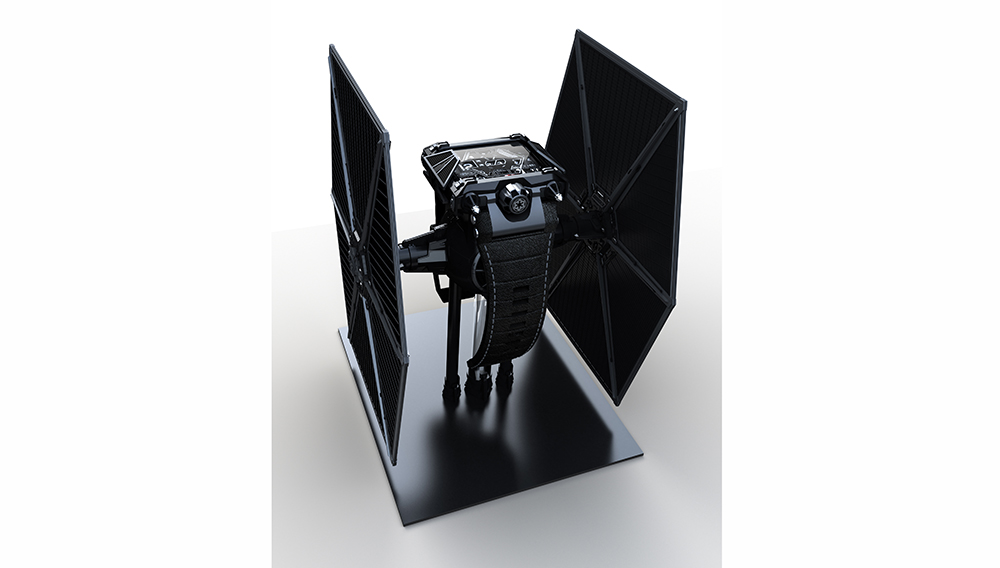 De rigueur for those on the dark side, the Devon Star Wars watch was designed for Darth Vader’s wrist. Commissioned by Lucasfilm, Devon, a Los Angeles–based design lab, worked in conjunction with an aerospace company for the materials to create the stainless-steel watch, which features 350 individual parts, 313 electrical contacts, and four motors.

As dark as the lord of the Sith himself, the watch’s rectangular case is finished in a black diamond-like carbon coating and flanked by two TIE Fighter wings. The lug screws resemble jet turbine intakes and feature the same silver point accents as on Vader’s helmet. The futuristic watch face includes a hexagonal dial with TIE Fighter–inspired detailing. And the crown is even embossed with the imperial crest of the Galactic Empire.

Visible below the floating dial is Devon’s proprietary movement. An innovative mix of steampunk meets Skywalker, the hybrid mechanism is an electro-mechanical marvel. Four 2-micron-thick, numeral-bearing nylon belts—the same as those found in the gauges of older 747 aircraft—crisscross the watch and indicate hours, minutes, and seconds through the dial’s display windows. Driving the action, a lithium-ion battery powers four micro-step motors (whose covers are red and green to match the instrument panel on Vader’s ship) that are controlled by a central processing unit. All of this happens under the protection of the watch’s scratch-resistant, polycarbonate crystal designed to withstand a bullet (or a shot from Han’s blaster).

Devon’s first pieces have been available since October at a price of $28,500 each. Only 500 examples of the watch will be made over the course of the next two years, however, so why wait? It is your destiny. (devonworks.com)

‘Good Luck to You, Leo Grande’ Review: Emma Thompson Gets In Touch With Her Sensual Side in a Gripping Two-Hander