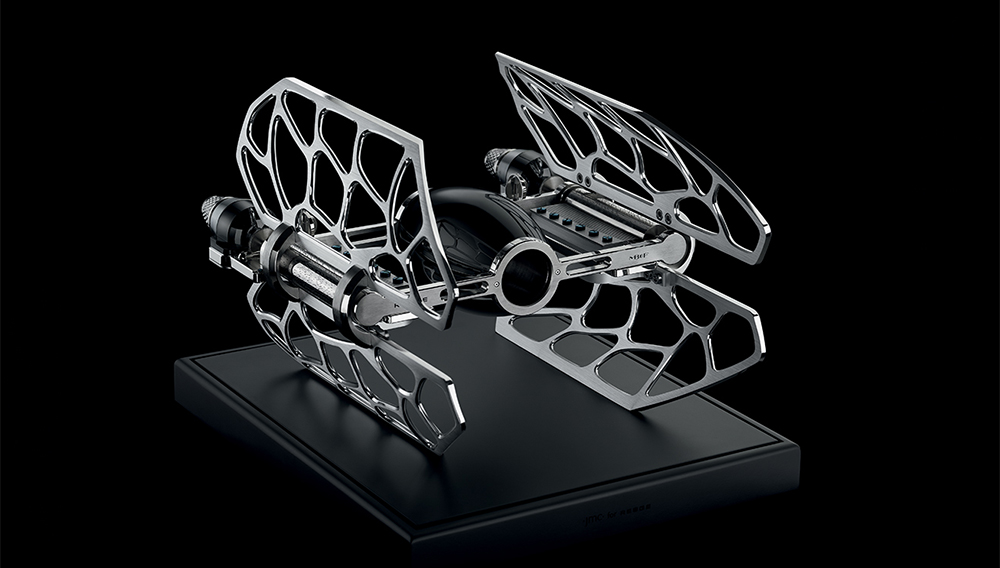 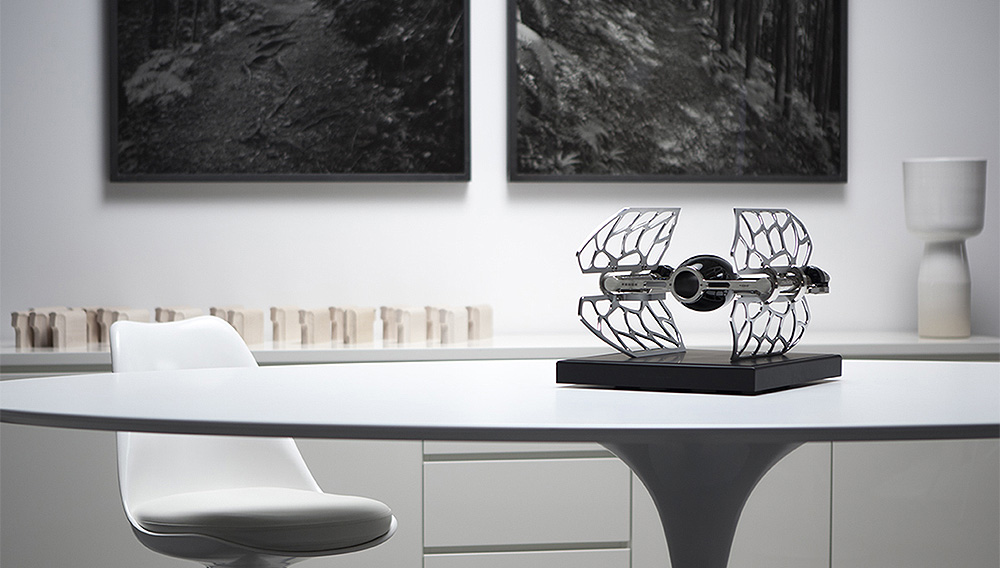 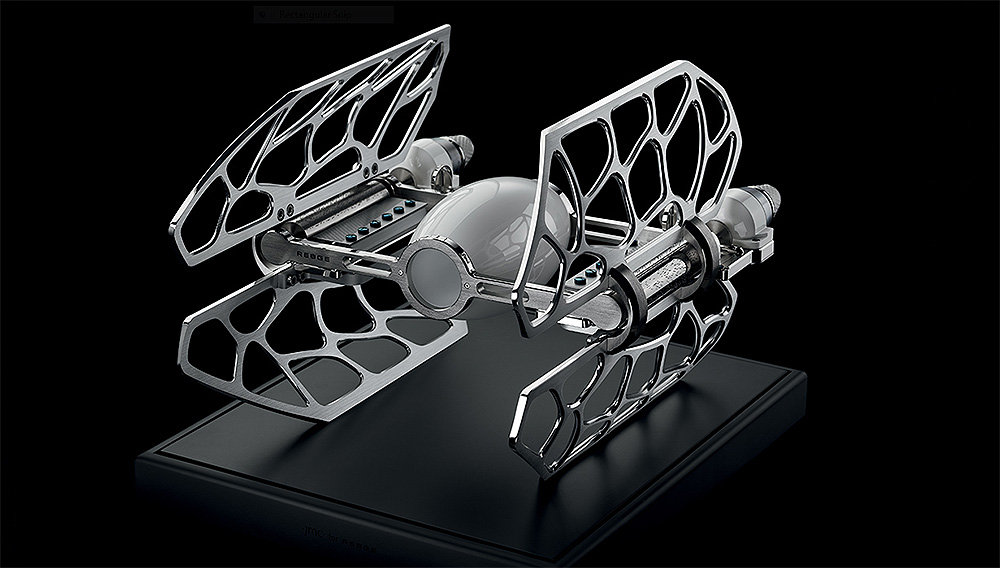 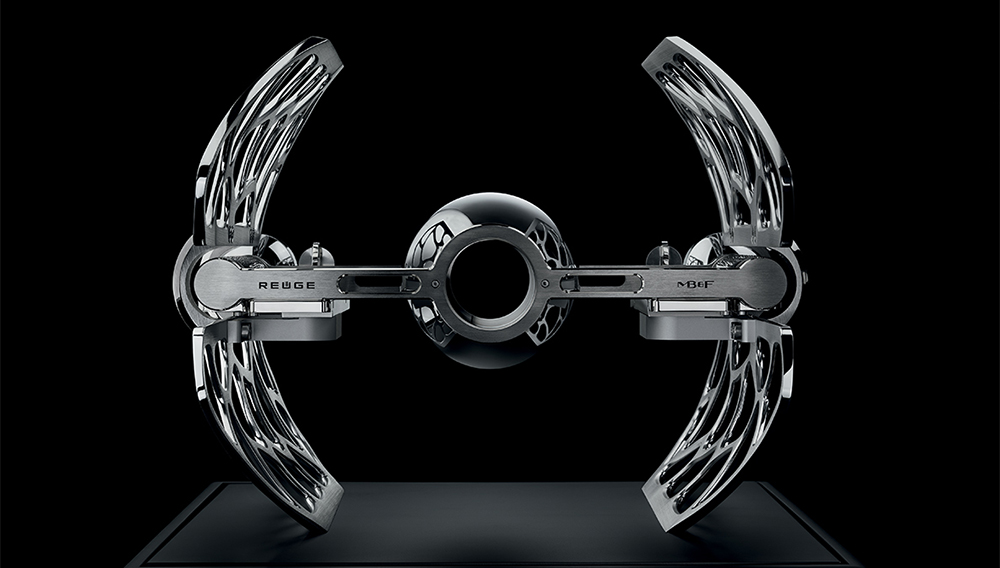 Just like a Jedi, the MusicMachine 3 by MB&F advances old-world artistry with futuristic flair. The Swiss watch manufacturer celebrates its 10th anniversary and the release of the latest Star Wars installment with a music box that would have even the Sith singing along. With complicated mechanics crafted by the sonic engineers at Reuge (a music-box maker for almost 150 years), the entire device resembles Darth Vader’s T.I.E. Fighter.

Extending from the main body and located at the center of each latticed wing are hand-finished, nickel-plated brass cylinders with a total of 2,678 hair-like pins protruding. Two combs (forged from steel alloy and lead) produce varying notes depending on which of their respective 72 hand-tuned teeth contact the specifically spaced pins. Rotation of the cylinders is activated by winding keys disguised as the spaceship’s thrusters, and the tempo is controlled by a small circular fan masquerading as a radar dish. The curved wings direct sound toward the resonant baseplate—created by JMC Lutherie—composed of 350-year-old spruce and contemporary composites.

Along with the theme from Star Wars by John Williams, the playlist includes that of James Bond and the title tunes from Mission Impossible; The Godfather; Merry Christmas, Mr. Lawrence; and television’s The Persuaders! Only 99 of the limited-edition examples will be made, each priced at about $18,350. (mbandf.com)