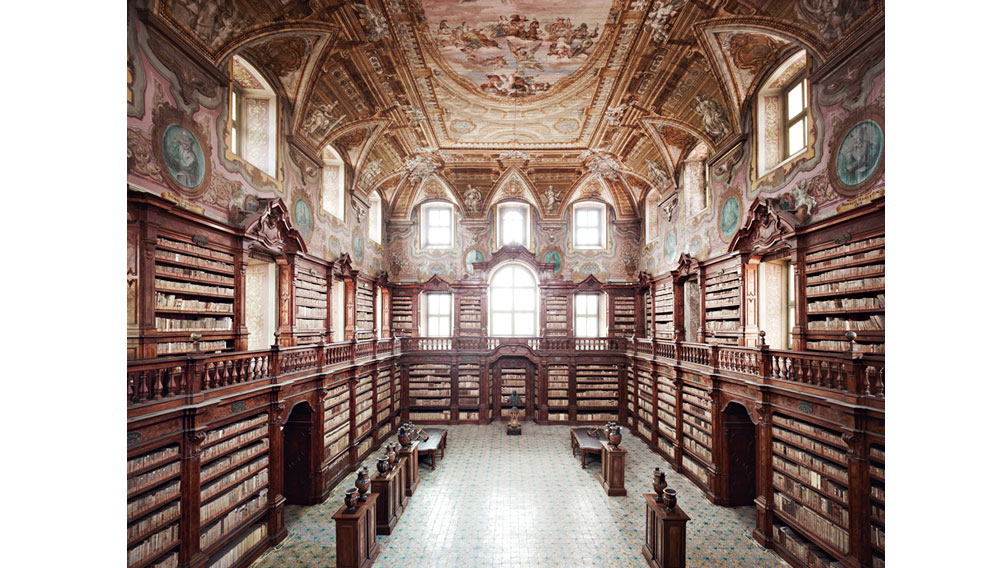 Few people were as plugged into the art world of her day as the late Ileana Sonnabend, whose visionary collections are on display at the Peggy Guggenheim Collection in Venice, Italy, through October 2. Sonnabend and her first husband, Leo Krausz—who later changed his name to Leo Castelli—collected Mondrians and Pollocks and discovered Jasper Johns and Robert Rauschenberg, introducing their works through their New York gallery in the late 1950s. With her second husband, Michael Sonnabend, she continued as a gallerist in Paris and New York and burnished her reputation as a collector.

Ileana Sonnabend: An Italian Portrait celebrates her acumen for art and her connections to Italy, particularly Venice, where she and Michael often summered. Co-organized by Antonio Homem, her adopted son and director of the Sonnabend Gallery in New York, it features more than 60 pieces that relate to Sonnabend or Italy. Candida Höfer happens to cover both. A favorite artist of Sonnabend’s who has long been associated with her gallery, Höfer is represented by the 2009 image Biblioteca dei Girolamini Napoli I, shown. (212.627.1018, www.sonnabendgallery.com)