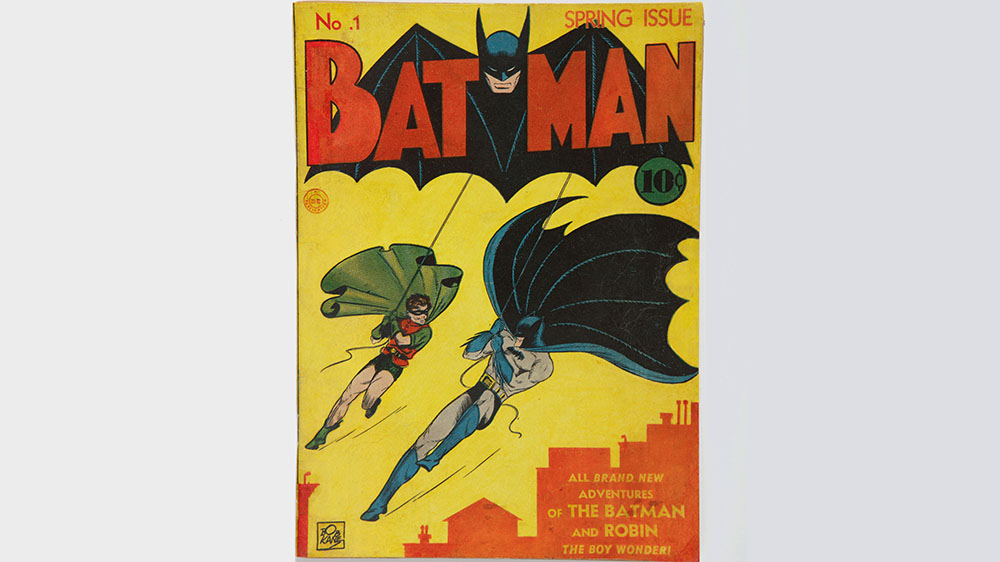 Calling all comic buffs. Sotheby’s has just announced that a kick-ass collection of more than 40,000 ultra-rare DC comic books is up for private sale.

Spanning 90 years, the coveted collection includes every single floppy released by the American publisher from 1935 to 2016. It will be sold as a single lot in an exclusive sale that kicks off online on Monday, March 30.

The comprehensive set features both new and old superhero icons. There are complete runs of the classics—think Superman, Batman, Wonder Woman, The Flash, Green Hornet and Aquaman—as well as the more recent series, such as Justice League.

On top of that, the collection tracks the birth and development of superhero comics, from a humble form of entertainment to a driving force of pop-culture. The comics on offer also showcase the work of the greatest comic book artists and writers across multiple generations.

The collection was amassed over half a century by DJ and producer Ian Levine. It features a handful of coveted #1 issues, including the very first DC comic book ever published—New Fun #1 from 1934—as well as a Superman #1 from June 1939, a Batman #1 from spring 1940 and a Flash Comics #1 from January 1940.

“Featuring some of the most valuable individual books as well as extremely rare promotional issues, the Levine Collection includes all the DC heroes that are among the most recognizable and versatile pop culture touchstones in the world,” Richard Austin, the head of Sotheby’s books and manuscripts department in New York, said in a press release.

Just how valuable? The auction house told Robb Report that since this is a private sale (rather than an auction), there is no pricing listed. Though coveted #1 comics can easily reach six figures. In fact, the auction record for a comic book was achieved in 2014 when Action Comics #1 sold for an epic $3.2 million.

You can check out the catalog for DC Complete: The Ian Levine Collection on Sotheby’s website.