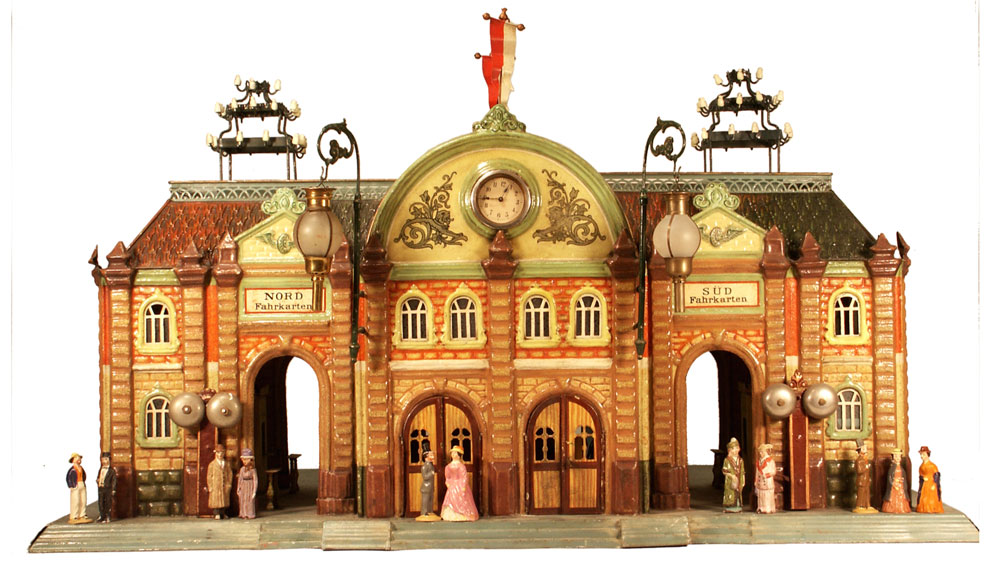 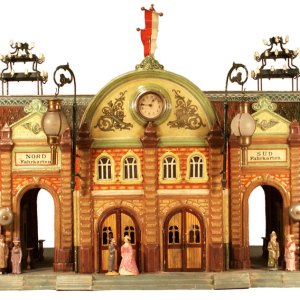 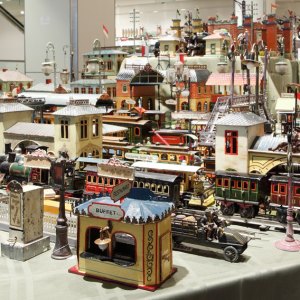 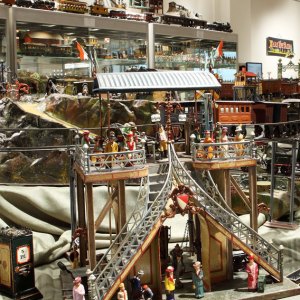 The Jerni Collection—considered the world’s largest compilation of high-quality, historically significant, and rare toys—is available for private sale through Sotheby’s until February 28, 2011. Comprised of more than 35,000 European and American manufactured toys dating back to the 1850s, Jerni is an anthology of collection owner Jerry Greene’s life’s work.

Greene likely developed his love for toy collecting from his father, who was a toy-train dealer. He began collecting toys and trains at the age of 18, and today, at age 67, the Pennsylvania-based music executive has acquired more than 1,600 sets of trains, 10,000 figures, and 700 stations. “I put it together piece by piece, and my quest for the highest quality trains and toys took me to thousands of toy fairs and shows. The collection has been my abiding passion, but it is now time for everyone to enjoy and appreciate these wonderful objects,” says Greene.

Prominent pieces include replications of structures that were destroyed in World War II and countless handmade and antique toys, trains, and more manufactured by major names in toy making like Märklin; Bing; Ernst Plank Carette; and Rock & Graner. Of special note is Märklin’s largest and most elaborate train station produced in 1904; it is the only known single station featuring double doors in its center. With individual pieces valued at several hundred thousand dollars, the Jerni Collection’s projected total worth is well into eight figures. It is for sale at Sotheby’s New York. (212.606.7386, www.sothebys.com)