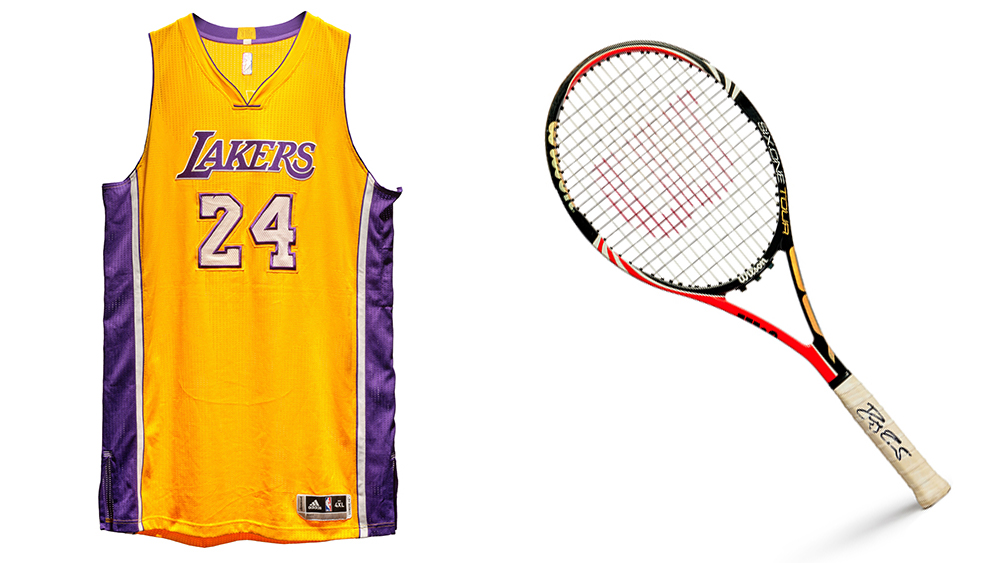 September has the potential to be a rewarding month for Sotheby’s and collectors alike.

The auction house recently announced it will be offering Michael Jordan’s famous “Last Dance” jersey in a single-lot online auction, dubbed “Invictus,” that will be held from September 6 to 14. It has now unveiled items from “Invictus Part II,” another online sale that will run alongside the auction that includes an additional 16 pieces of coveted sports memorabilia.

The sale will offer iconic artifacts ranging from jerseys to sneakers to signed gear. Each item has ties to some of the biggest names of the past 30 years, including Kobe Bryant, Roger Federer, Serena Williams, Wayne Gretzky and LeBron James. Don’t worry, Sotheby’s doesn’t suffer from recency bias. You can also bid on relics touched by Muhammed Ali, Steve Prefontaine and Jackie Robinson.

Among the headline lots is a pair of Nike Oregon Waffle sneakers owned by Prefontaine, who was the shoemaker’s first signed athlete. The legendary runner is credited by some with jump-starting the business’s image as a running shoe company. The vibrant green-and-yellow waffle sneakers are the first belonging to Prefontaine to be publicly sold. They are expected to fetch between $150,000 and $250,000 at auction but given his place in Nike history, they could sell for more.

The stick Gretzky used during the final game of his illustrious career is another highlight. “The Great One,” as he was known to fans, is widely regarded as the best hockey player of all time. The NHL’s all-time point leader played his final game in front of a sold-out crowd at Madison Square Garden on April 18, 1999. Ahead of the opening face-off, he reportedly signed multiple hockey sticks to give to his New York Rangers teammates and staff. The stick headed to the auction block is the only known photo-matched example and could sell for between $125,000 and $200,000.

You’ll also be able to bid on the jersey Bryant wore during the opening game of the 2015-2016 season, his last in the NBA. The shooting guard played for 20 years, during which he won five championships, a league MVP award and became one of the players most associated with the Los Angeles Lakers. The jersey from the game is expected to fetch between $120,000 and $140,000 at auction.

Other items include James’s game-worn and signed Nike Zoom sneakers from the 2005-2006 season, Federer’s match-used and signed racquet from the 2011 French Open, a game-worn Indianapolis Colts from Manning’s first MVP season, Williams’s signed Nike x Off-White Blazer Mid “Queen” sneakers by Virgil Abloh, a baseball signed by Robinson and Babe Ruth and the kufi Ali wore prior to the “Thrilla in Manila” in 1975. Online bidding for the Invictus Part II lots will be open from September 6 to 14.

Click here for more images of the items being offered in the sale.