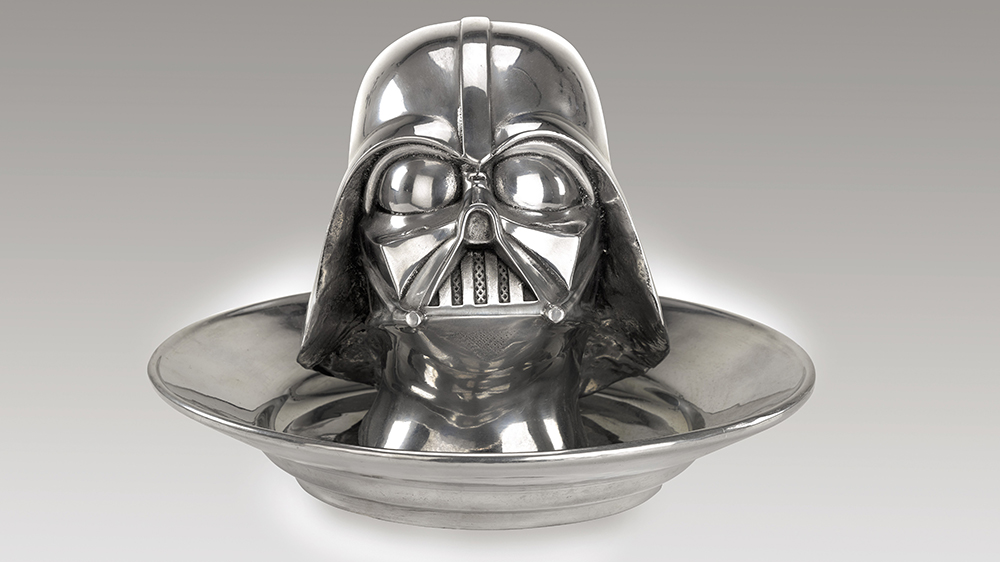 With less than a month to the premiere of The Rise of Skywalker, Star Wars furor is ratcheting up once again. Cashing in on that collective hype, Sotheby’s is holding its second online-only sale dedicated to the classic film franchise.

Encompassing around 100 lots from the acclaimed intergalactic saga, “Star Wars Online” boasts an array of rare trinkets, artworks, toys and costumes from the original trilogy, which spanned from 1977 and 1983. Arguably the coolest piece on offer is a prototype Stormtrooper helmet produced for the first film in 1976. With a high estimate of $66,000 (£60,000), the exceptionally rare helmet is one of only a handful still in existence.

In a similar Imperial vein, there’s a one-off sculpture of the series’ most iconic villain designed by British pop artist Clive Barker. Bring Me the Head of Darth Vader, 1999, is an aluminum depiction of Vader in his trademark full-face breathing mask and it’s estimated to fetch up to $9,900.

If the goodies are more your bag,  one of the franchise’s most-loved and longstanding characters—CP30—has been immortalized in the form of a fiberglass and resin helmet (top estimate of $27,500). These are just a few of the notable items up for sale, there are also vintage action figures—including Han Solo, Luke Skywalker, Chewbacca and more—props replicas and autographed memorabilia.

“The galaxy of Star Wars fans will be able to bid on some of the rarest and most sought-after pieces connected with the films—or even find the perfect Christmas present for the Star Wars devotee,” according to Sotheby’s. The first Star Wars-themed auction, which Sotheby’s held in 2015 with Japanese designer NIGO, all 600 pieces on offer were snapped up for a total of $500,000.

“Star Wars Online” will run from November 29 through December 13. You can visit the Sotheby’s site to place bids. May the force be with you.