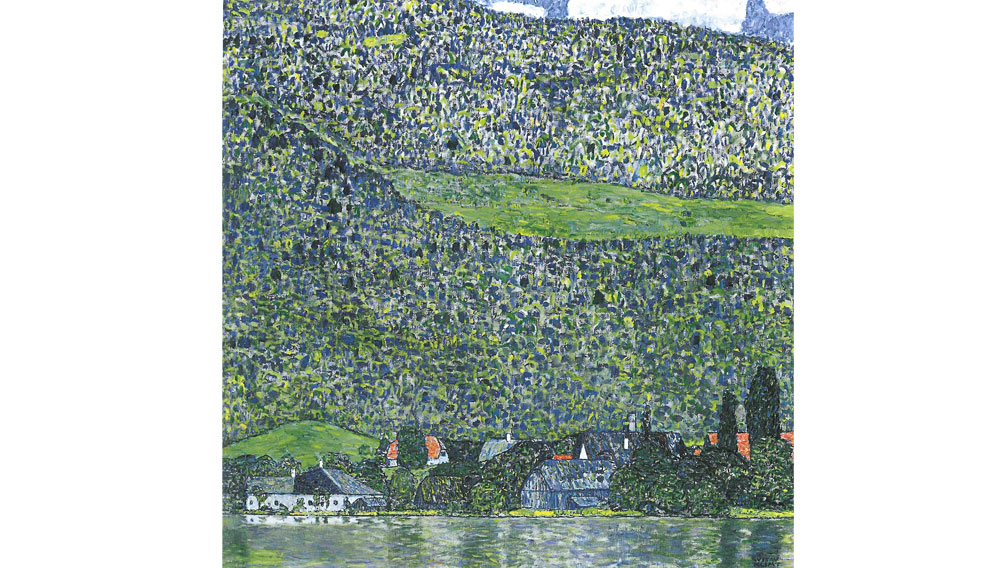 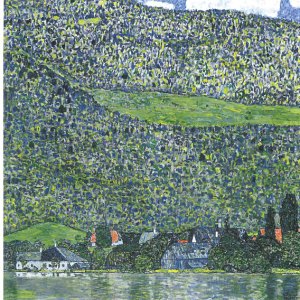 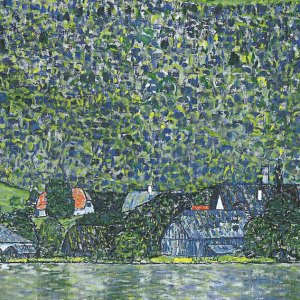 One of the most celebrated landscapes created by Austrian painter Gustav Klimt, an oil painting titled Litzlberg am Atterseefrom 1915, will be up for sale at the Sotheby’s Impressionist and Modern Art Evening Sale on November 2 in New York City.

The 43-by-43-inch painting, which is estimated in excess of $25 million, features a dramatic view of Lake Attersee in western Austria, where Klimt spent the summer in 1914. Klimt portrayed the landscape through a mosaic of blue and green brushstrokes, contrasted by the bright orange roofs of nearby houses.

Litzlberg am Atterseeoriginally was owned by famed Austrian collectors Viktor and Paula Zuckerkandl, but it was stolen after the annexation of Austria in 1938. In 1944 it ended up at the Museum der Moderne Salzburg, where it was exhibited until this past July, when the work was given to Georges Jorisch, the great-nephew of Viktor Zuckerkandl. A portion of the proceeds from its sale will go toward building a new extension on the Salzburg museum. (212.606.7000, www.sothebys.com)