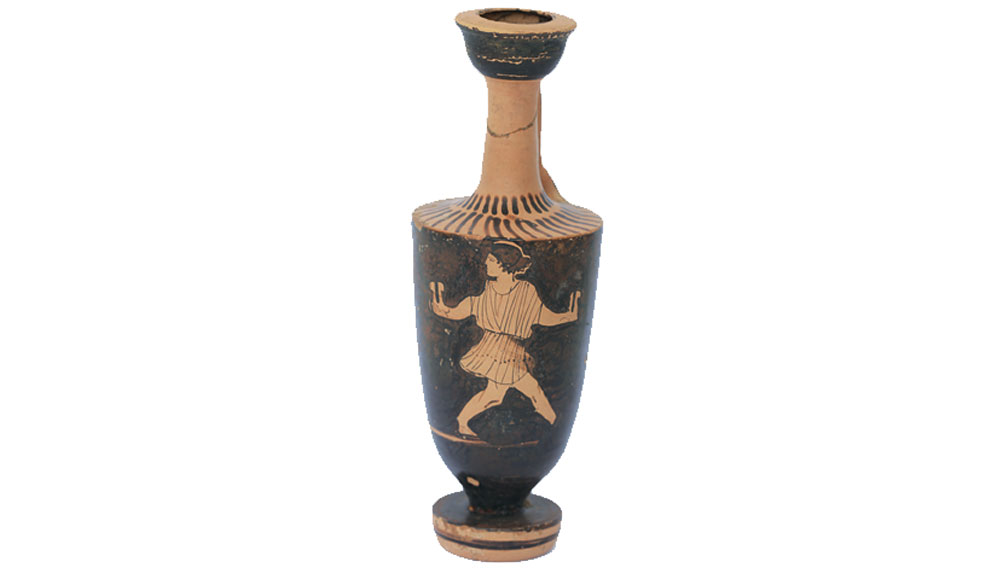 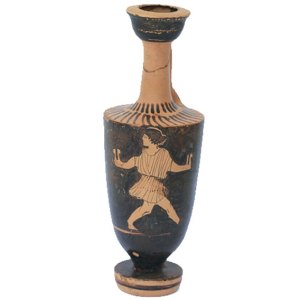 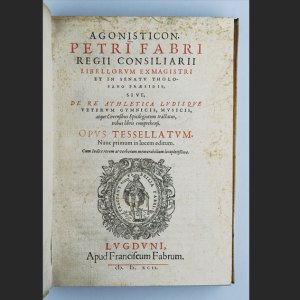 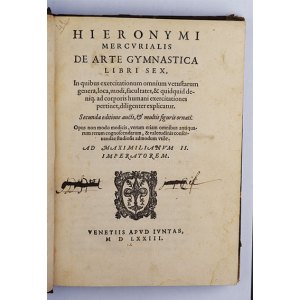 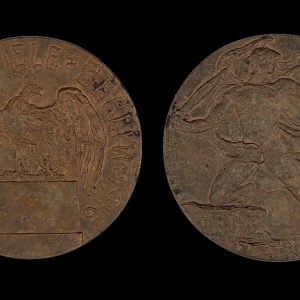 From their earliest incarnations, the Olympic Games have fostered a spirit comprising equal portions of intensive competitiveness, national pride, and the best examples of sportsmanship. It’s an athletic event unlike any other, and it’s why so much of the world gets caught up in the spectacle of the games. Roberto Gesta de Melo of Manaus, Brazil, is no different, except that the 68-year-old has spent the better part of four decades amassing a collection of Olympic artifacts and ephemera that captures the essence of the games.

Visitors to Gesta de Melo’s three-story showroom are bound to be overwhelmed at first; his collection consists of nearly 70,000 pieces. Certain items elicit strong reactions, like the collector’s rare lantern of the flame from the 1976 Summer Games in Montreal—an Olympics personified by Romanian gymnast Nadia Coma neci, whose performance on the uneven bars earned a perfect score, the first for a woman at the Olympics. Then there’s a gold medal from the 1980 Winter Games in Lake Placid, which calls to mind the American hockey team’s shocking upset over the Soviet Union and a vision of the entire team huddled together on the podium during the medal ceremony. Gesta de Melo owns a complete set of commemorative medals from the subsequent Winter Games in Sarajevo, during which British ice dancers Jayne Torvill and Christopher Dean delivered a performance that earned them perfect scores for artistic impression from all nine judges; while the collector’s silver medal, torch, and official report from the 2008 Summer Games in Beijing conjure up memories of Usain Bolt and Michael Phelps, who dominated the rest of the field on the track and in the pool, respectively.

Some of Gesta de Melo’s favorite stories from the Olympic Games, however, are not as well known. A winner’s medal from the 1908 games in London, for example, reminds him of the accomplishments of Dorando Pietri, a 23-year-old distance runner who competed in the marathon. The race took place on a hot day (by British standards) and Pietri, battling extreme fatigue and dehydration, staggered into the stadium two hours and 44 minutes into the race with both a sizable lead and only 350 meters to go. However, when the Italian runner entered the stadium he began to veer off course. Umpires redirected him, but he lost his balance and fell. The umpires helped him up and he continued the race, but he fell four more times—each time returning to his feet only with the umpires’ assistance. It took him 10 minutes to finish the last 350 meters of the race, and though he still crossed the finish line first, he was ultimately disqualified for the help that he had received.

Following the event, Queen Alexandra presented Pietri with a gilded silver cup as a replacement for the medal, and Arthur Conan Doyle, who was reporting on the games for the Daily Mail, started a petition, which earned the Italian £300 (more than $1,500 by today’s standards). “Even now, few people know the name of the American who won because of the disqualification,” Gesta de Melo says, “but everybody knows Pietri.”

Stories like that are the ones that Gesta de Melo cherishes the most. They reflect the good in mankind and they add an intangible value to his collection of Olympic artifacts. Over the years, the Brazilian collector has pieced together interesting lessons and perspectives of human evolution by studying the artifacts associated with the modern Olympic Games (1896 to the present) and especially the historical items connected to athletes from ancient times.

Gesta de melo’s interest in collecting began as a young boy, when his grandfather, Manuel Barbosa Gesta, moved from Portugal to join the rest of the family in Manaus. Gesta collected Brazilian stamps and coins, and when his grandson displayed an interest in the material (and in collecting in general) the old man took the boy under his wing and taught him the basics. “He inspired me in all aspects of my life,” Gesta de Melo says of his grandfather. “He took me aside every week and taught me how to collect and how to appraise the objects. I gained a passion to study history, geography, and the development of civilizations by the objects produced during different periods of time. By accurately observing [the details of] a medal or the images on a stamp, for example, I learned how to unveil important information about the societies that manufactured them.

“He died when I was 11 years old,” Gesta de Melo continues, speaking of his grandfather, “and he left his collection to me. That was my inspiration.”

All along, the collector was passionate about sports. As many Brazilians do, Gesta de Melo grew up playing soccer, though it was never a sport that he played competitively. Table tennis, on the other hand, was where he excelled; he was a two-time Amazonas University champion. By American standards, table tennis isn’t a popular sport, but proposals for its inclusion in the Olympic Games date back to 1931.

Gesta de Melo, a lawyer by trade, made his greatest contributions to sports not as a participant but as an executive. He formed a youth sports club in Manaus when he was 15 years old and served as its president. He later headed a sports association for the law and philosophy schools of his university. From there, Gesta de Melo served for 13 years as the secretary of sports for the Amazonas state of Brazil, and for 18 years he was the president of the Brazilian Athletic Confederation. Currently, he serves as the president of the South American Athletic Confederation and is a member of the International Association of Athletics Federations.

During a lifetime spent cultivating various sports and athletic organizations, Gesta de Melo developed a fascination for the evolution of sport and its impact on mankind. Soon after he began collecting Olympic items, Gesta de Melo expanded his scope to include artifacts from the athletic events that predated the modern Olympic Games. These events included the Panhellenic Games and the Zappas games, among others. The collector also sought out early editions of 16th-century Latin and Greek manuscripts that depicted the nature of sports in the classical world, such as a second edition of De Arte Gymnastica, for example, which is believed to be the first book that addresses the symbiotic relationship between exercise and good health. Similarly, historians view Agonisticon—of which Gesta de Melo owns a first edition—to be one of the earliest writings about competitive sports. “The practice of physical exercise and sports is deeply linked with the evolution of mankind,” the collector explains. “By the images painted or carved on cave walls thousands of years ago, depicting men running or hunting animals with bows and arrows, you realize that at a certain moment in time they had to organize themselves and develop their natural abilities through physical drills to be able to hunt for food or to combat their natural enemies.”

As for the creation and development of sports for sport’s sake, Gesta de Melo says: “It is a legacy that stayed in the souls of mankind since the classical world, in spite of the Middle Ages and the occurrence of wars. It fulfills the dream that peace is possible and men can compete with each other in a friendly manner.”

Gesta de melo attended his first Olympics (the summer games held in Munich) in 1972, and immediately he was hooked. Building a collection of items that preserved the games’ history, however, would have to wait. Manaus may be a city of almost 2 million people, but it’s still located in the heart of Brazil’s Amazon rain forest. During the 1970s and ’80s, long before the advent of the Internet, communication with informed sports memorabilia dealers and experts was an exercise in extreme patience. At the age of 35, the collector purchased a philatelic collection that previously belonged to an enthusiast living in Rio de Janeiro. Many of those pieces pertained to the Olympic Games, though Gesta de Melo’s most notable Olympic stamp acquisition occurred years later when he outbid all others for a registered envelope bearing five stamps commemorating the 1896 Olympics in Athens. “It is considered one of the masterpieces of Olympic philately,” he says.

As time passed, Gesta de Melo found it easier to acquire many objects, including winners’ medals. Among the most noteworthy examples in his collection are prototypes made for the 1916 Berlin games and the 1940 Tokyo games, both of which were canceled due to the First and Second World Wars. The 1916 example is one of a kind, though an unauthorized copy was made after Gesta de Melo loaned the piece to an international exposition years ago. Only five prototype medals for the 1940 games are known to exist. Other significant medals in the collection include a gold for gymnastics from the 1900 Paris games, a gold for gymnastics from the 1904 St. Louis games, a gold for soccer from the 1908 London games, and a gold from the 1912 games held in Stockholm. Their significance? All four are made out of solid gold, which is a rarity among Olympic medals.

Perhaps the most impactful medal in Gesta de Melo’s collection is one that hardly looks like a medal at all. Made of paper, the rare artifact displays the Olympic rings and the image of a Greek athlete wearing an olive wreath around his head. It represents an unofficial Olympics that was organized in 1944 by Polish officers imprisoned in the Gross Born concentration camp during World War II. “In those terrible conditions, they prepared Olympic stamps, programs, and several other types of related material,” says Gesta de Melo, adding that he owns a complete collection of those items. “It was the celebration of hope in [the most] unfavorable human conditions.”

When it comes to Olympic torches, Gesta de Melo feels fortunate that he acquired many of them when he did. Today, he’s heard of some that have sold through various auction houses for as much as €400,000 (about $550,000). His favorite examples, torches from the 1952 Helsinki games and the 1956 Melbourne games, are prized for different reasons. According to Gesta de Melo, most torch collectors agree that the 1952 example is the most important Olympic torch to own, due to its beauty and its rarity.

The 1956 games in Melbourne were the first to be held in the Southern Hemisphere, but that’s not the reason why Gesta de Melo values his torch from those games. In fact, the collector’s torch was never used in Melbourne. Because of quarantine regulations, the Olympic equestrian events could not be held in Australia. Instead, they were held in Stockholm, months before. Only a handful of these equestrian-specific torches are known to exist, and two are on permanent display in Stockholm’s Olympic museum.

Two years from now, Rio de Janeiro will host the XXXI Olympic Summer Games, marking the first time that Brazil will welcome the games. Gesta de Melo considers that Olympiad to be the culmination of his career as a collector of Olympic artifacts. Following the Rio de Janeiro games in 2016, the collector plans to publish a series of books that will chronicle the evolution of sports as illustrated by historical artifacts. As Gesta de Melo has learned, sports themselves hold a pivotal role in the evolution of man. “Values like discipline and respect for others, we can learn those things through sports,” he says. “Sometimes we don’t pay attention to that.”