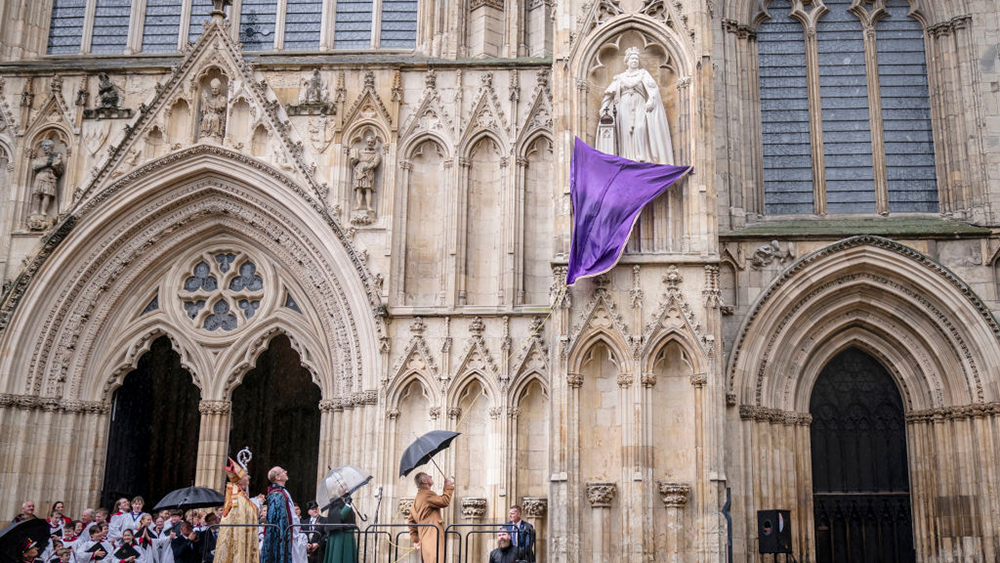 A new statue of the late Queen Elizabeth II was unveiled yesterday by King Charles III. The monument sits in a niche at York Minster Cathedral in England.

The 1.1-ton, 7-foot-tall French limestone statue shows the queen in her robes of the Order of the Garter and is installed above the West Front entrance of the 850-year-old building.

It was made by stonemason Richard Bossons, who worked at York Minster for 11 years and won a competition to create the statue. Previously a specialist in cathedral gargoyles, Bossons has never before completed a portrait. The 3-ton lump was cut by a machine before he added the finishing touches with a chisel.

The statue was commissioned five years ago with the intention of commemorating the queen’s platinum jubilee. It was finished in August, just one month before her death.

On his decision to portray the queen later in life, Bossoms remarked, “I wanted to get a sense of her longevity on the throne over 70 years.”

At the unveiling, King Charles reflected, “The late Queen was always vigilant for the welfare of her people during her life,” calling the statue “a tribute to a life of extraordinary service and devotion.”

The statue will eventually overlook the Queen Elizabeth Square.