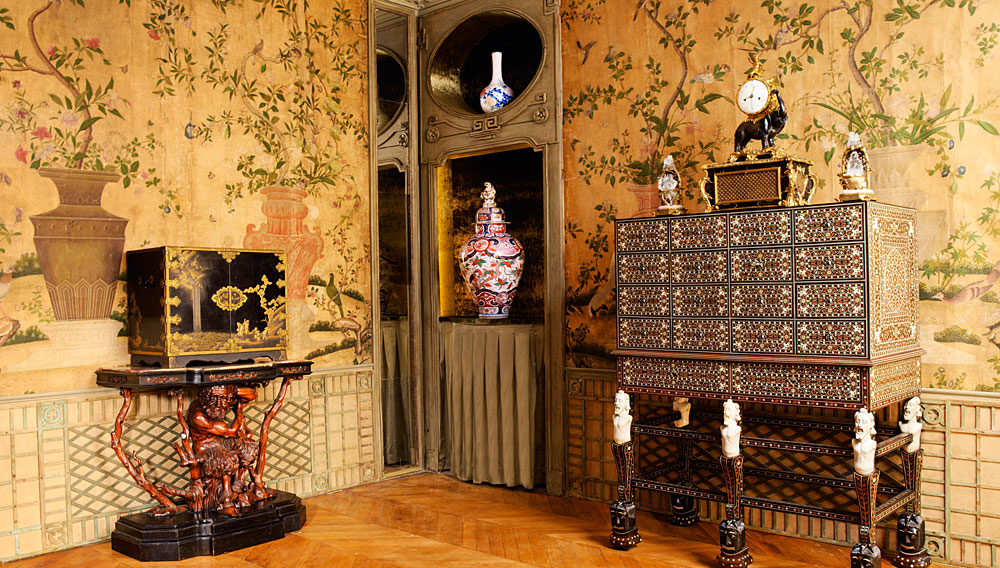 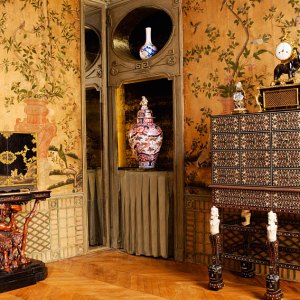 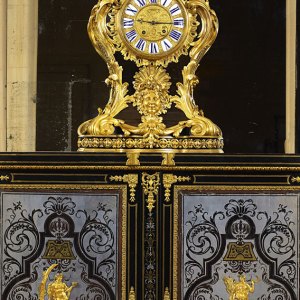 French antiques dealers Bernard and Benjamin Steinitz have unveiled a new four-floor gallery exhibition space opposite the Bristol Hotel at 77 rue du Faubourg-Saint-Honoré. The father-and-son team is known in Paris for its refined taste in antiquities and is also credited with designing the interiors for several prestigious figures, including luxury-goods mogul Bernard Arnault.  The team continues to operate its Steinitz Gallery, which has occupied 9 rue du Cirque in Paris since 1968. The new venue will be used to curate an ever-changing array of rare objects from the Middle Ages to the 20th century. The first floor of the hôtel particulier, or private freestanding house, features a suspended terrace with outdoor sculptures, and a fourth-floor artist studio was created with glass ceilings. The new space will be used to host regular arts-focused events including thematic exhibitions. Among the pieces on display are a mahogany and satinwood veneered, chased and gilded bronze console by Schneider and Carlin, which is French, circa 1780; a pair of vases mounted on amethyst, also French, circa 1780; and a carved boxwood, ebony, and jasper console with satyr decor, attributed to Andrea Brustolon (1662-1732) Venice, Italy, from the early 18th century. (011.331.56.43.6670, www.steinitz.fr)