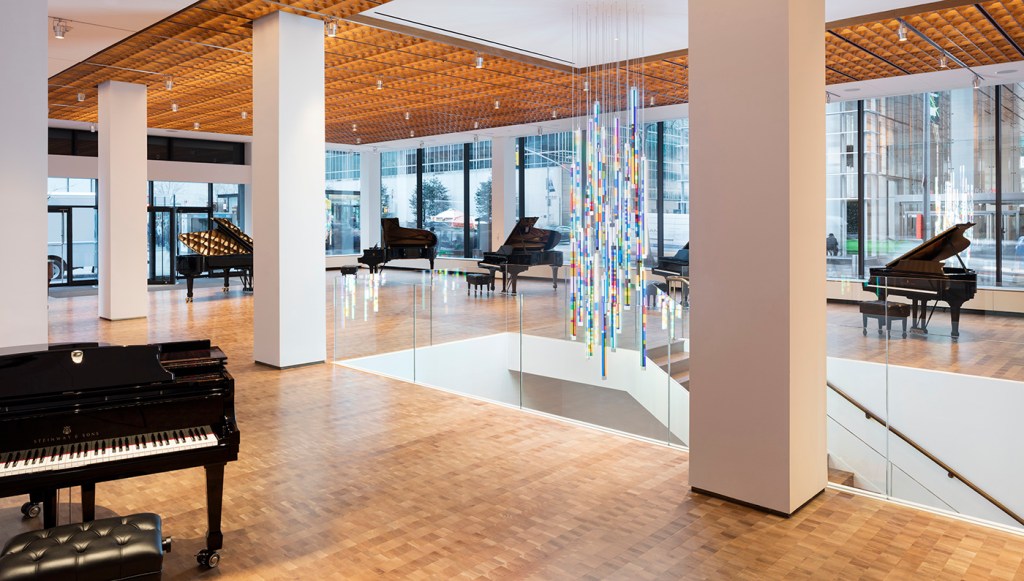 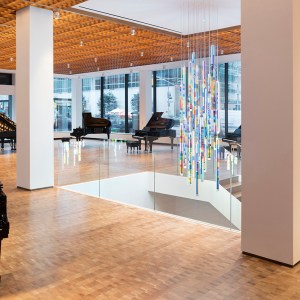 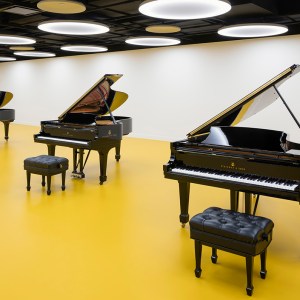 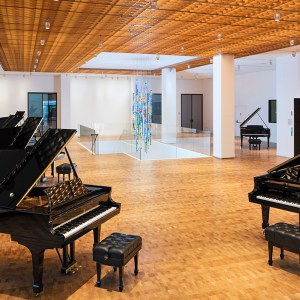 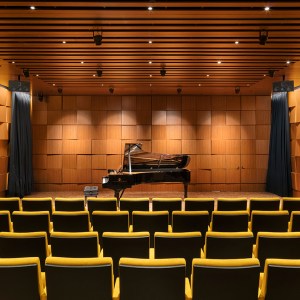 Founded in 1853, Steinway & Sons is recognized the world over for top-tier handcrafted pianos. The respected brand is now unveiling a new global flagship, Steinway Hall, in New York City. As only the third Steinway Hall to be built in the Big Apple in 163 years, the venue will be a musical mecca in the city that never sleeps.

The two-story retail space and performance hall showcases a 74-seat recital hall with a state-of-the-art Steinway Lyngdorf sound system, live streaming capabilities, a recording studio, rehearsal studios, and the “piano bank” for Steinway Artists. Designed by Selldorf Architects, the 19,000-square-foot facility is decorated with end-grain oak flooring; Imperial Yellow recital-hall seats that match the felt on the key mechanism of a Steinway & Sons piano; and acoustic concert-hall paneling that mimics the woods used to make each piano. An additional 20,000 square feet of office space has been rented on the 33rd floor as the official headquarters.

An art installation titled Newton’s Theory of Color and Music (The Goldberg Variations)—based on an interpretation of Johann Sebastian Bach’s “Goldberg Variations”—is suspended in the center of the space over the stairs leading to the lower level. The artwork by Brooklyn-based artist Spencer Finch explores the relationship between music, color, emotion, and light. (Finch formerly created the artwork for the National September 11 Memorial & Museum: a collage of 2,983 sheets of paper in varying shades of blue. The mosaic piece was fittingly titled Trying to Remember the Color of the Sky on That September Morning.) Pianists and music connoisseurs alike are sure to appreciate the hall, now open to the public after a ribbon-cutting ceremony on April 11. (steinway.com)