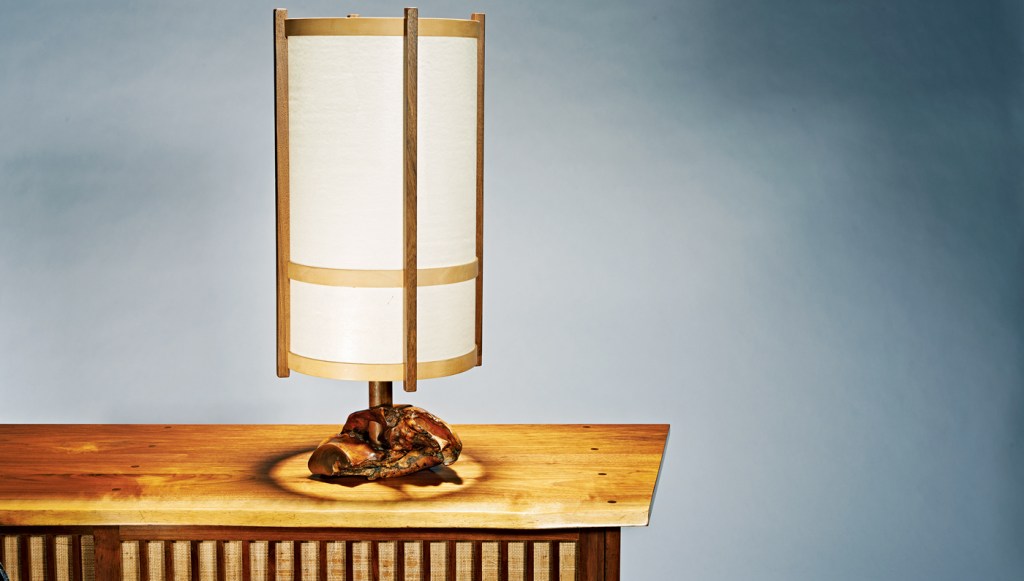 The lamp Nakashima designed in 1978 for Edmund Bennett of Bethesda, Md., incorporates a natural root base and an architecturally inspired shade
View Gallery — 2   Photos 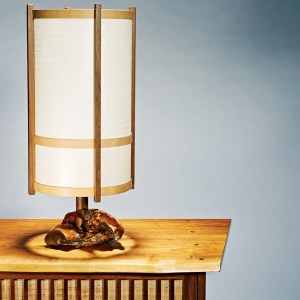 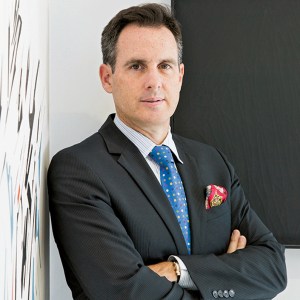 Modernism has been a lifelong passion for Peter Loughrey, founder of Los Angeles Modern Auctions, which specializes in the sale of 20th-century fine art and design. Trained at Sotheby’s in London, Loughrey opened his first vintage-furniture gallery in 1989 and has since expanded his trade to include prints, drawings, and paintings from the last century. His firm was commissioned to sell the Atlantic Richfield Company’s corporate art collection in 1999, and he consults with international collectors on the work of such influential designers as Charles and Ray Eames, Billy Haines, and R. M. Schindler. Presently, he advises clients to consider pieces by the American architect and furniture maker George Nakashima (1905–1990).

The draw of Nakashima is visual strength and functionality. Also, he was an interesting figure. Born in the Pacific Northwest, he was immersed in his Japanese heritage while interned during World War II, and this experience informed his work for the rest of his life. He looked at wood the way a master diamond cutter looks at a raw stone; he spent years, even decades, studying a piece of wood before he decided how to cut and shape it into what it wanted to be.

His Conoid chair is probably his most iconic form, because a truly cantilevered wooden chair didn’t exist before he designed this one. Today, with extraordinary pieces consistently selling in the low six figures, buyers tend to be fairly sophisticated. In recent years, people like Steven Spielberg, George Lucas, Will Ferrell, and other tastemakers have picked up some of these remarkable examples, and that has increased Nakashima’s popularity.