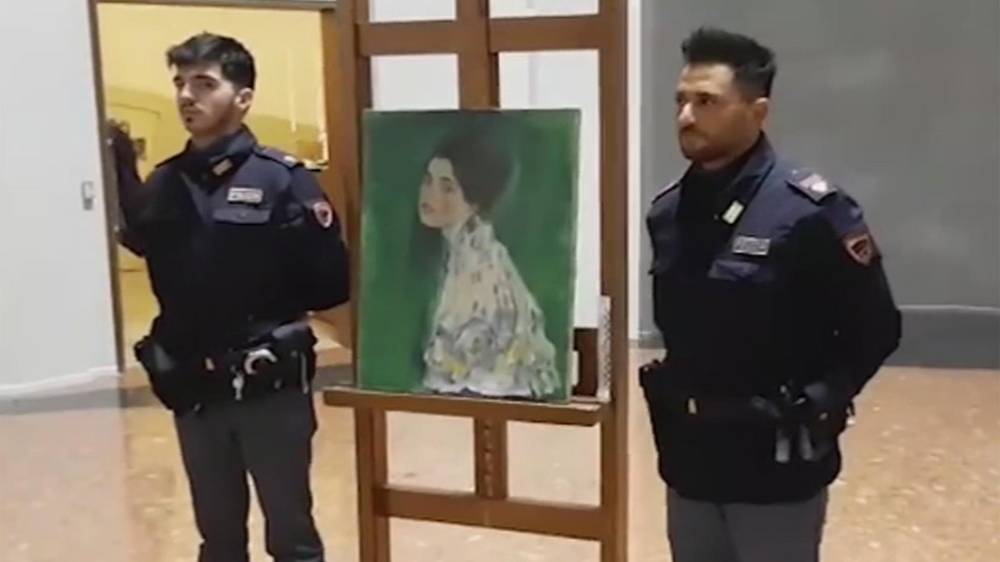 Earlier this week, a gardener clearing ivy at the Ricci Oddi Modern Art gallery in Italy made an astonishing discovery: behind a metal panel adorning the gallery’s exterior wall was a painting half-hidden by a black trash bag. Immediately, staff at the gallery began to wonder if the vivid picture they found was Gustav Klimt’s Portrait of a Lady (1916–17), a painting valued at a $66 million and stolen from the space almost 23 years ago.

Now, police have confiscated the canvas as they investigate its authenticity. Could one of the world’s most sought-after paintings have been hidden at the scene of the brazen crime all along? The gallery has declined to make an official announcement until the painting’s authenticity is confirmed, but the director of Ricci Oddi Modern Art, Massimo Ferrari, told the Italian newspaper La Libertà that “the stamps and wax behind the picture are original.”

Portrait of a Lady was created by the Viennese art nouveau painter as part of a series of female portraits. Ten months before the theft in 1997, art student Claudia Maga discovered via X-ray analysis that Klimt made Portrait of a Lady by painting over another piece—Portrait of a Young Lady, a canvas considered lost since its last sighting in 1917.

Portrait of a Lady went missing amid preparations for an exhibition at Ricci Oddi in which the painting was to be its centerpiece. Investigators at the time suspected it had been removed three days earlier, possibly by a suspect connected to the gallery. Its broken frame was found on the gallery’s roof, leading investigators to believe that the work may have been hauled off the wall and reeled with fishing line through an open skylight. An investigation was reopened in 2016, following the discovery of DNA traces of a possible thief on the frame. This week, investigators said that the painting was in excellent condition and that its colors were still vibrant.

“If the findings confirm the authenticity of the painting, it would be a sensational discovery and we would be ready to exhibit it in the gallery as early as January,” Jonathan Papamerenghi, a member of the Piacenza council, told the Italian publication La Repubblica. “We are talking about the most sought-after stolen painting in the world after Caravaggio’s Nativity with St. Francis and St. Lawrence.”