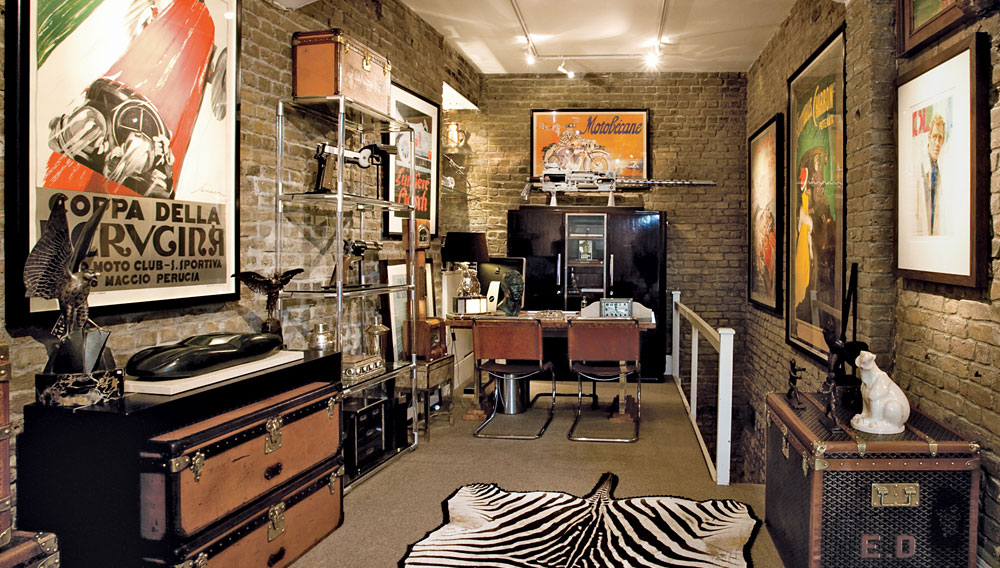 Richard Gauntlett established his reputation as a man capable of making extraordinary acquisitions early in his life, when, at the age of 22, he brokered the sale of a handful of historic racecars. Concurrently, the young British entrepreneur began collecting a variety of unusual and historically significant items for himself. Those antiques came to predominate Gauntlett’s home decor, and the more he entertained at home, the more his personal collection attracted attention. When he began fielding requests from his business contacts to handle their own interior design projects, he founded the Gauntlett Gallery (www.gauntlettgallery.com) in 2007.

Gauntlett doesn’t restrict his scope for items that he’ll display in his gallery, as long as they satisfy three criteria: They must be aesthetically pleasing, they must be historically significant, and they must reflect a high quality of craftsmanship. From Art Deco cocktail shakers to automotive posters from the turn of the 20th century, Gauntlett’s store on Pimlico Road in London is full of eclectic items. Sometimes, though, Gauntlett will come across an item that satisfies only one of his three criteria but is so irresistible he can’t pass it up. As an example, he mentions the Eavestaff upright piano on which Monty Norman composed the James Bond theme song, as well as the entire musical score for the film Dr. No. “To own something that was the very beginning of a tune that today is better known than most other tunes, that’s quite special,” Gauntlett says of the piano, which costs £45,000 (about $72,000). “It’s reaching out and touching the past.”

Gauntlett believes that the stories behind the items he sells are what make those items desirable; and those stories are what his customers love to learn and subsequently share. “It’s nice to have things in your home that initiate a reaction from other people,” he says. “It’s about buying into the story and engaging in the story. I don’t want to sell something to someone; I want them to come in and fall in love with it.”