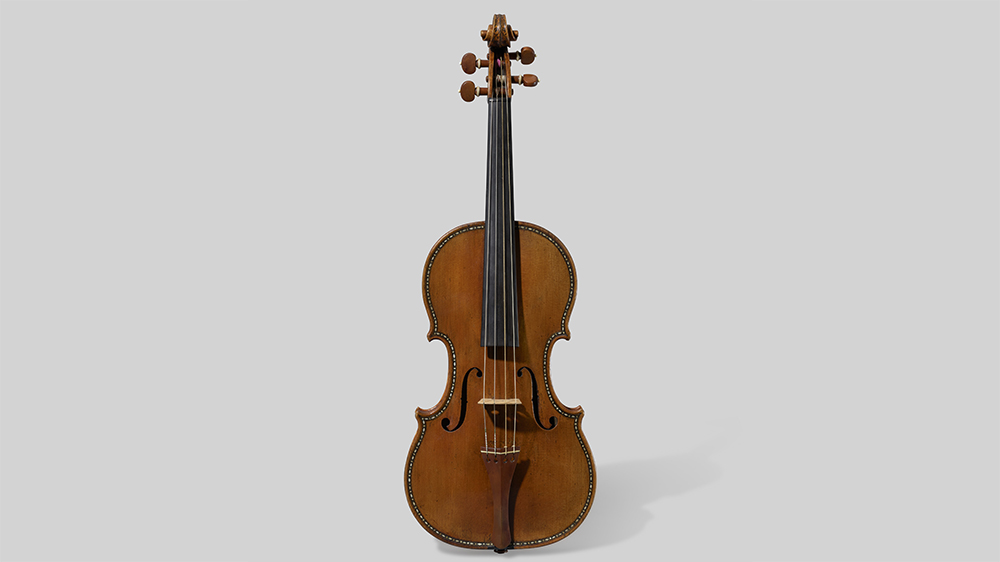 This is one Stradivarius that’s sure to strike a chord with collectors.

The rare violin, affectionally known as the Hellier, was made by the one and only Antonio Stradivari in the late 17th century. A true piece of musical history, it is expected to fetch between $7.5 million and $11.3 million (£6 million and £9 million) at Christie’s London this July.

The instrument was handcrafted by the legendary violin maker circa 1679 in the early stages of his career. Stradivari decided to break with tradition and create a violin with new proportions that helped to enrich the tone. The Hellier went on to become the “blueprint” of future violin models and greatly impacted the future of music, according to the auction house.

On top of that, it’s embellished with precious gems. Christie’s says of the roughly 1,100 violins Stradivari made over the course of his career, only around a dozen sport such decoration. The fiddle is etched with flowers and vines, inlaid with 500 ivory diamonds and finished with a golden varnish, according to the auction house.

The violin expected to fetch between $7.5 million and $11.3 million  Christie's

It’s a prime example of Stradivari’s extraordinary skill in free-hand inlaying. In fact, Christie’s has labeled it the finest inlaid violin ever made by the craftsman and one of the finest Stradivarius instruments in existence. The Smithsonian curators also consider it the best-preserved embellished example.

Stradivari kept the instrument for 55 years, before selling it in 1734 for a now astounding $50 (£40) to Samuel Hellier of Wombourne, England. (That explains the violin’s nickname.) The violin remained in the Hellier family for nearly two centuries, before cycling through a few private collectors in Europe and the US. It’s also been loaned to the Smithsonian and the Museo Civico in Italy.

“Having handled countless Stradivaris, including some of the finest examples, this is without a doubt one of the most exciting, beautiful and impressive instruments in existence,” Florian Leonhard, a consultant for Christie’s London, said in a statement.“ This violin epitomizes, more than most, the vision of Stradivari’s ability to develop things forward; a reason why he deserves his place in the zenith as the unsurpassed violin maker of all time.”

The Hellier will lead the Exceptional Sale on July 7 at Christie’s London. It will be on view the week prior to the auction should you wish to take a gander.