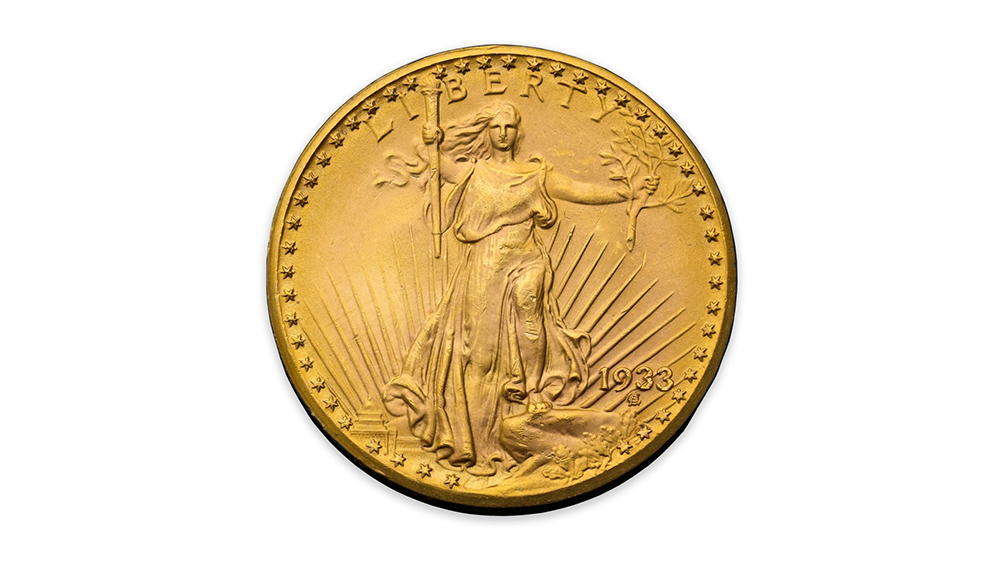 Footwear designer Stuart Weitzman’s famous gold coin sold for an astonishing $18.9 million at a special auction held at Sotheby’s on Tuesday morning. The hammer price easily beats the $10 million the previous record holder, the 1794 Flowing Hair silver dollar, sold for back in 2013.

The record was set following a three-and-a-half-minute bidding war between three would-be buyers at the auction house’s New York salesroom and another over the phone. The identity of the Double Eagle’s new owner has yet to be disclosed, but it’s clear they really wanted the coin. Prior to the start of the auction, it had been expected to fetch between $10 million and $15 million.

It’s easy to see why the Double Eagle sold for so much, though. Considered the “Mona Lisa” of coins, it was originally cast as a $20 piece, but was never issued after President Franklin Roosevelt decided to take the US off the gold standard. The coins were then ordered destroyed, but a small number, including this one, survived. This particular example is the only privately owned example of the coin and was bought by Weitzman for a then-record $7.9 million at a 2002 auction held on behalf of the US government.

The Double Eagle was part of Sotheby’s special “Three Treasures” auction of some of Weitzman’s most cherished collectibles. Also included were two of stamp collecting’s Holy Grails—a 165-year-old British Guiana One-Cent Magenta stamp and a sheet of “Inverted Jennies.” Those items sold for $8.3 million and $4.9 million, respectively. In total, Weitzman’s “Three Treasures” sold for a combined $32.1 million. All of the seller’s proceeds will go to charity, including the Weitzman Family Foundation, which supports medical research and higher education.

The auction brought in slightly less than the high-end estimate of $37 million, but considering that the Double Eagle sold for a record-setting fee, we imagine neither Weitzman or Sotheby’s won’t have come away disappointed.