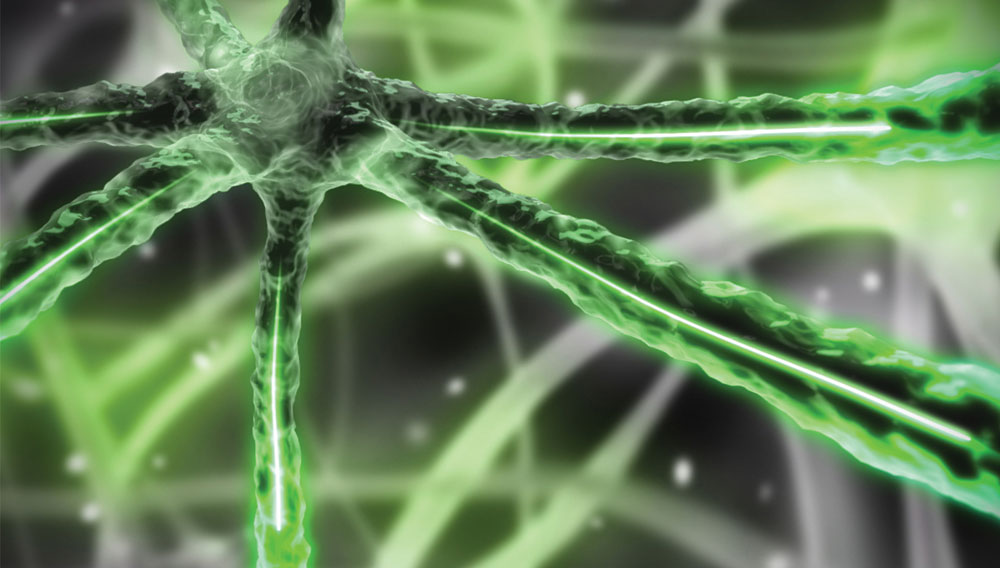 About half of a small group of patients with fibromyalgia – a common syndrome that causes chronic pain and other symptoms – was found to have damage to nerve fibers in their skin and other evidence of a disease called small-fiber polyneuropathy (SFPN). Unlike fibromyalgia, which has had no known causes and few effective treatments, SFPN has a clear pathology and is known to be caused by specific medical conditions, some of which can be treated and sometimes cured. The study from Massachusetts General Hospital (MGH) researchers will appear in the journal PAIN and has been released online.

“This provides some of the first objective evidence of a mechanism behind some cases of fibromyalgia, and identifying an underlying cause is the first step towards finding better treatments,” says Anne Louise Oaklander, MD, PhD, director of the Nerve Injury Unit in the MGH Department of Neurology and corresponding author of the Pain paper.

The term fibromyalgia describes a set of symptoms – including chronic widespread pain, increased sensitivity to pressure, and fatigue – that is believed to affect 1 to 5 percent of individuals in Western countries, more frequently women.  While a diagnosis of fibromyalgia has been recognized by the National Institutes of Health and the American College of Rheumatology, its biologic basis has remained unknown.  Fibromyalgia shares many symptoms with SFPN, a recognized cause of chronic widespread pain for which there are accepted, objective tests.

Designed to investigate possible connections between the two conditions, the current study enrolled 27 adult patients with fibromyalgia diagnoses and 30 healthy volunteers.  Participants went through a battery of tests used to diagnose SFPN, including assessments of neuropathy based on a physical examination and responses to a questionnaire, skin biopsies to evaluate the number of nerve fibers in their lower legs, and tests of autonomic functions such as heart rate, blood pressure and sweating.

The questionnaires, exam assessments, and skin biopsies all found significant levels of neuropathy in the fibromyalgia patients but not in the control group.  Of the 27 fibromyalgia patients, 13 had a marked reduction in nerve fiber density, abnormal autonomic function tests or both, indicating the presence of SFPN.  Participants who met criteria for SFPN also underwent blood tests for known causes of the disorder, and while none of them had results suggestive of diabetes, a common cause of SFPN, two were found to have hepatitis C virus infection, which can be successfully treated, and more than half had evidence of some type of immune system dysfunction.

“Until now, there has been no good idea about what causes fibromyalgia, but now we have evidence for some but not all patients.  Fibromyalgia is too complex for a ‘one size fits all’ explanation,” says Oaklander, an associate professor of Neurology at Harvard Medical School.  “The next step of independent confirmation of our findings from other laboratories is already happening, and we also need to follow those patients who didn’t meet SFPN criteria to see if we can find other causes.  Helping any of these people receive definitive diagnoses and better treatment would be a great accomplishment.”

Other authors of the PAIN report are Zeva Daniela Herzog, Heather Downs and Max Klein, PhD, all of MGH Neurology.  Preliminary results of the study were presented at the 2012 American Neurological Association meeting, and it was supported by Public Health Service grants NINDS K24NS059892 and UIL RR025758, Department of Defense grant GW093049, and a donation from Jane Cheever Powell.