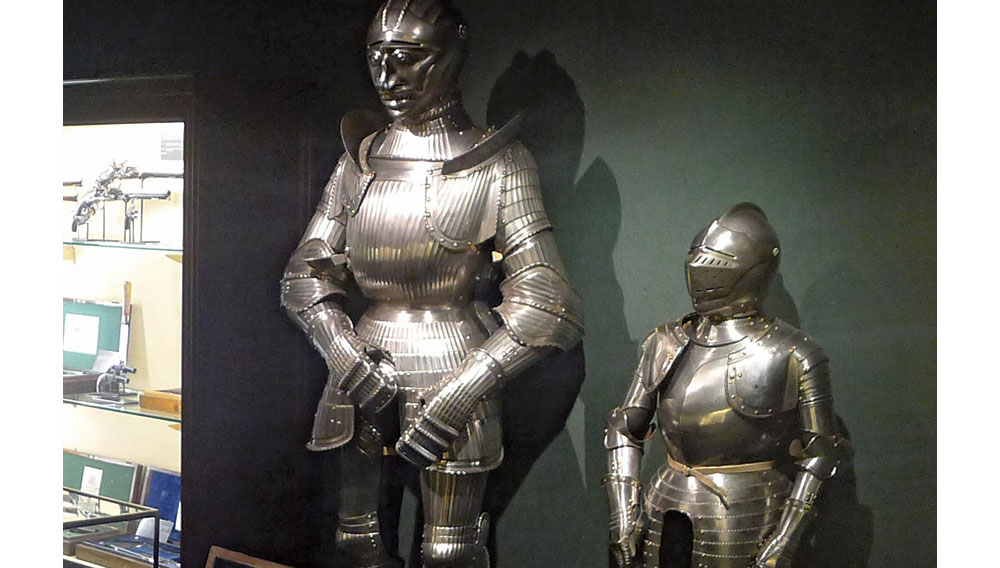 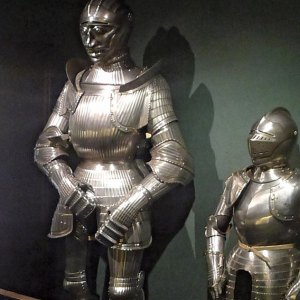 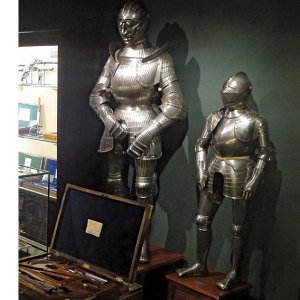 In the realm of collectible antique armaments, suits of armor reign supreme in terms of attracting attention. That’s why Roland and Redmond Finer aim to always have numerous examples on display in their London shop, Peter Finer (www.peterfiner.com). Near the end of 2012, the Duke Street gallery showcased six suits of armor for sale, including two examples that the Finer family purchased from the current Duke of Brunswick about eight years ago. Those suits of armor were two of about 40 that the family purchased from the royals, which is how the Finers have acquired most of their pieces over the years. However, as Roland explains, that inventory isn’t easy to come by. “Most collections were established by the ruling houses of Europe, and when those countries became nationalized, all the collections became museums,” he says. “So although there’s quite a lot of arms and armor out there, most of it is in museums, so it’s a small market.”

The antique arms and armor gallery specializes in much more than just suits of armor. From swords to pistols to long guns and polearms, any type of weaponry can find its way to the 1,400-square-foot gallery’s display cases. The shop itself opened about eight years ago and is an extension of Peter Finer’s business as an antique arms dealer. Finer built his reputation through antique fairs and exhibitions, and now his sons are carrying on that tradition through a brick-and-mortar shop. But the evolution doesn’t stop there—the family recently has expanded into Greek, Roman, and Islamic weapons too. “We love what we deal in and we’re enthusiastic about the subject,” Roland says. “At the end of the day, we’re always learning.”