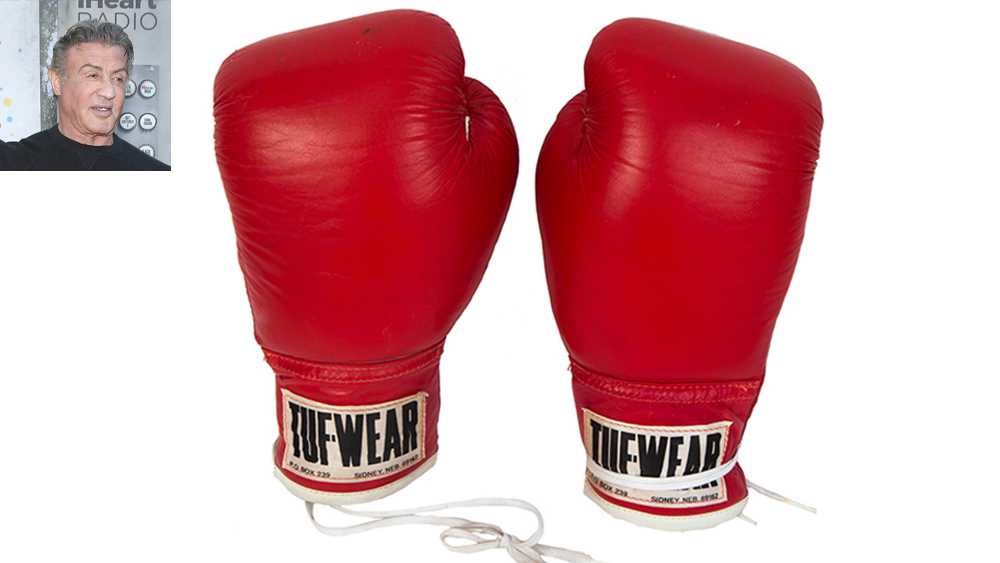 Julien’s Auction has turned to one of the biggest action stars of all time to help it close out 2021—Sly Stallone.

The Hollywood-centric auction house has just announced that its last big sale of the year will be the “Property from the Life and Career of Sylvester Stallone.” Consisting entirely of memorabilia from the actor’s personal collection, the auction is expected to bring in around $1.5 million.

Stallone has gone on to become one of the biggest movie stars of the last half-century since breaking through with 1976’s Rocky, which won the Academy Award for Best Picture. Despite being decades from the role that launched his career—and weathering years of critical ambivalence in between—he remains a box office draw thanks to late-career roles in the Expendables franchise and the Rocky spin-off Creed, the latter of which earned him his third Oscar nomination.

“With a remarkable career that began over 50 years ago and shows no sign of stopping today, [Stallone] changed the world and the action film universe by giving us two of Hollywood’s greatest and most enduring heroes and cultural symbols, Rocky and Rambo,” the auction house’s CEO Darren Julien said in a statement. “Julien’s Auctions is proud to present this epic auction that comes entirely from the personal collection of this magnanimous man, the myth, the legend, Sylvester Stallone.”

If you’re wondering why Stallone is parting with his memorabilia goldmine now, Reuters reports its because he’s about to move and needs to clear some space. But with each item being offered without reserve, his loss could be your gain. And just in time for Christmas.