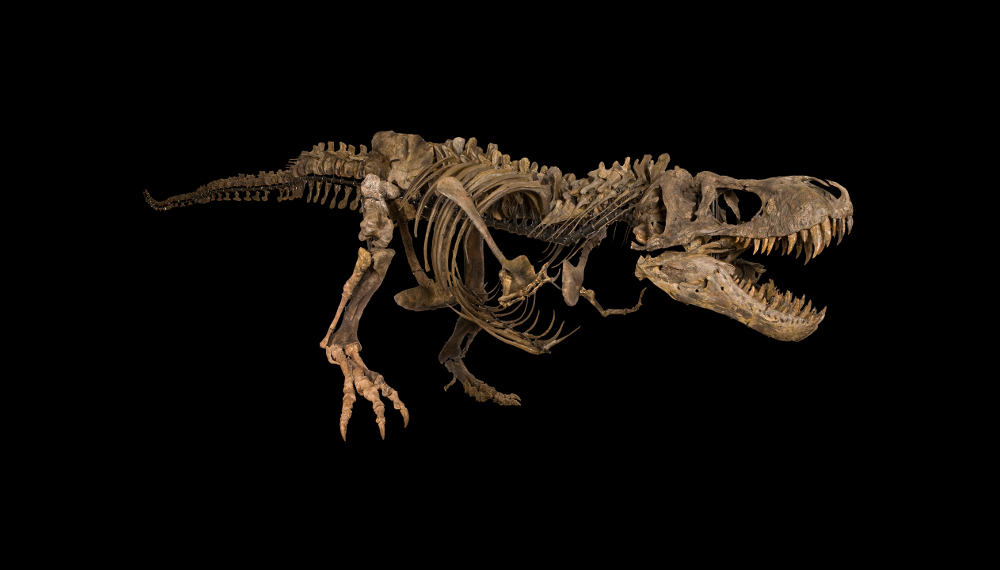 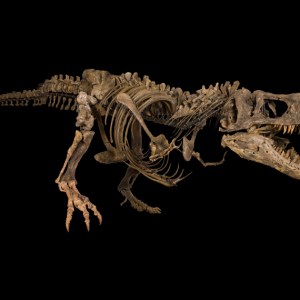 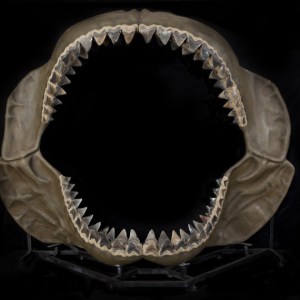 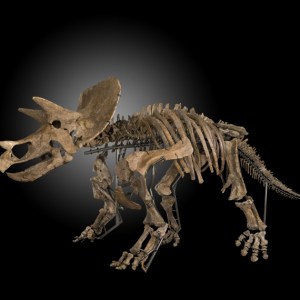 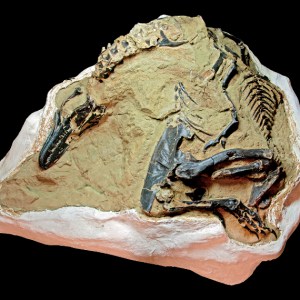 Bonhams has announced the complete line-up for the highly anticipated November 19 auction, The Montana Dueling Dinosaurs & Distinguished Fossils. The spectacular Montana Dueling Dinosaurs, a nanotyrannus and ceratopsian who died together in a prehistoric death match, will headline the auction (est. $7,000,000-9,000,000). One of the most important North American fossils ever discovered, the Dueling Dinos have untold paleontological potential as their fully articulated skeletons remain unmounted and could provide groundbreaking insight into life on earth during the Cretaceous age.

The Dueling Dinos will be in familiar company on November 19th, as Bonhams will offer several additional Cretaceous dinosaurs found in Montana, including a Tyrannosaurus Rex (est. $1,500,000-2,000,000). Literally translated as “Tyrant Lizard King,” the T-Rex is undoubtedly the monarch of all paleontological treasures. This colossus stood about two stories tall and used its massive skull, serrated teeth binocular color vision and extremely sensitive sense of smell to become the apex predator of the late Cretaceous period.

Also from Montana comes a Triceratops, one of Cretaceous period’s best-known behemoths (est. $700,000-900,000). Its famous three horns and bony frill may have had several purposes. Undoubtedly used as protection against its contemporaries, they may have also helped this herbivore uproot giant, prehistoric plants.

Bonhams will offer several skeletons from species who may have experienced the K-T extinction event directly during the Late Cretaceous. A Pachyephalosaurus – or, “thick headed lizard” – one of the last non-avian dinosaurs to roam the earth prior to their cataclysmic demise, will come up for auction (est. $500,000-650,000), as will a Thescelosaurus, an ornithopod which first appeared on the planet right before the catastrophic episode ($450,000-500,000).

In addition to the fully mounted skeletons, extraordinary partial remains from fantastic prehistoric creatures will be available. One of the most exceptional is the Canadian gigantic blue mammoth tusk from the Pleistocene period (est. $250,000-300,000). This splendid specimen from an extinct member of the Elephantidae family acquired its patina from exposure to a rare phosphorous mineral, vivianite, while entombed for thousands of years in the Yukon permafrost.

Fossils from ancient marine creatures will also be on offer, including a large megalodon jaw reconstruction with a full set of teeth from South Carolina (est. $300,000-400,000). The megalodon was a carnivorous fish species that lived 16 million years ago and is thought to have approached lengths comparable to today’s Blue Whales. A full set teeth, some of which are over six inches long, is extremely rare and represents years of arduous diving.

“The November 19 auction contains nearly 80 of the finest, most important fossils to ever come on the market,” said Thomas E Lindgren, Bonhams Co-Consulting Director of Natural History. “Led by the unsurpassed Montana Dueling Dinosaurs, this auction is a once in a lifetime opportunity for institutions and collectors.”

Bonhams will present The Montana Dueling Dinosaurs & Distinguished Fossils on November 19 in New York. The auction will preview from November 14-19 at Bonhams. A complete catalog is available at http://www.bonhams.com/auctions/21076/