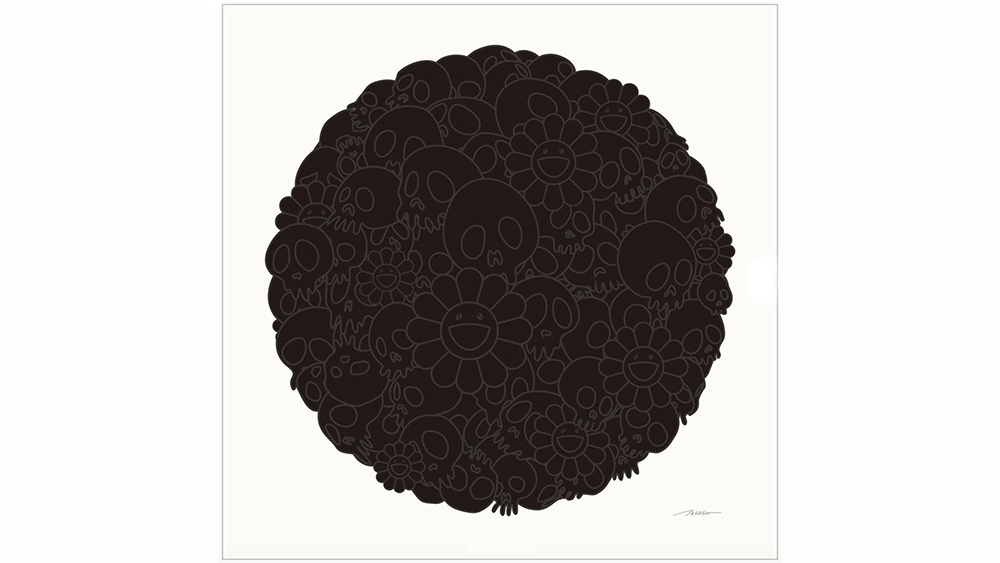 In the wake of the global outcry over the killing of George Floyd by a Minneapolis police officer, the art world is searching for ways to respond. For his part, art star Takashi Murakami is hoping that a series of Black Lives Matter-inspired prints will raise help money for anti-racist groups.

On Tuesday afternoon, the Japanese artist took to Instagram to announce an upcoming series of six prints aimed at raising funds for BLM-related causes and organizations in America. The pieces, which will be limited to just 300 editions each, are expected to bring in over $1 million for the groups.

Based on the digital mockups shared by Murakami—the works are still in the planning process—each print will make use of the artist’s trademark flowers and skulls. But don’t expect to see the vibrant colors that are so common in the rest of his oeuvre. Instead, each design will be depicted in a more somber monochrome color scheme. He also revealed that each print will be silkscreened before being individually finished with spray paint and signed and numbered by the artist himself.

“I have said that a role of an artist is to discern the present and express it for the future audience,” Murakami wrote on Instagram. “But if my art can affect any change here and now, I want to contribute it not only to give back but to give power to the Black community plagued by the racial injustice.”

Murakami will partner with streetwear-focused e-commerce platform NTWRK to sell the prints. The artist said that he is still in negotiations with the company, but that 100 percent of the sales will go to various US-based organizations fighting for racial justice. Though more groups may be added to the list eventually, Murakami specifically named Black Lives Matter, Equal Justice Initiative and Color of Change. While details are still being finalized—including pricing and an exact launch date—it’s been reported that prints are expected to go on sale through the app in July.

Takashi Murakami for #BLM I have said that a role of an artist is to discern the present and express it for the future audience. But if my art can effect any change here and now, I want to contribute it not only to give back but to give power to the Black community plagued by the racial injustice. And so I decided to produce a series of prints for sale, to donate the entire proceeds to the U.S. organizations fighting for social justice and racial equality. In order to get directly engaged in the movement that is taking place in America, I asked @NTWRK to be my partner for the project. I will be releasing six black prints featuring my quintessential flower and skull designs, each edition of 300, through @NTWRK. Each print will be silkscreened and I will finish the individual work with spray paint. I am in discussion with NTWRK to arrange for 100% of the sales to go to various organizations dedicated to changing the systems oppressing the Black community, including @blklivesmatter, @eji_org, and @colorofchange. Additional details on the release of the print collection, including pricing and launch date, will be announced in the coming weeks. (The images shown here are the design mockups created digitally.) #blacklivesmatter