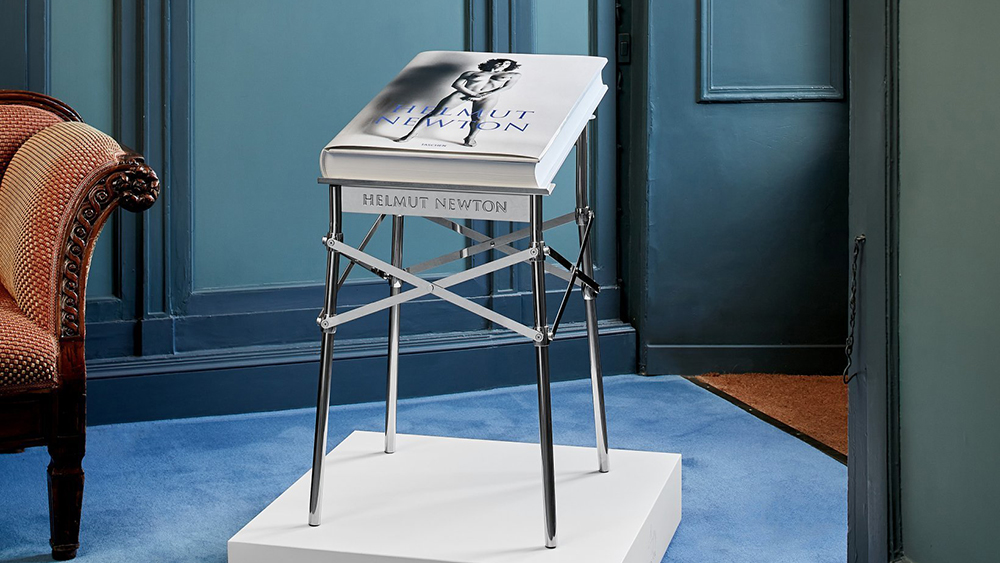 The book that broke the internet is back in baby form. Taschen has just released a spectacular new edition of the publishing sensation Sumo which celebrates the work of prolific fashion photographer Helmut Newtown.

The release of Baby Sumo coincides with what would have been the German-Australian artist’s 100th birthday. It will be limited to just 10,000 copies, which, if history is any indication, will be snapped up promptly.

The original Sumo was published by Benedikt Taschen in 1999, and all 10,000 signed copies sold out immediately. A year later, the first copy of the book, which was signed by a hundred of the book’s featured celebrities, hammered down for a record-breaking $430,000 at auction in Berlin and became the most expensive book of the 20th century. Today, the famed tome can be found in numerous important collections, including New York’s MoMA, and second-hand copies routinely sell for sky-high sums.

Named for its sheer size and scale, the original Sumo weighed more than 66 pounds. The hefty compendium, which was edited by Netwon’s wife and fellow photographer, June Newtown, contained more than 400 iconic photographs reproduced and printed to the finest standards.

Baby Sumo is exactly half the size of the ‘90s original, but no less glamorous, according to Taschen. Again edited by June Newton, it offers the same scope of exceptional snaps, including a haul of Newton’s provocative photographs that gained him the nickname “King of Kink.”

just like the original release, Baby Sumo will be priced at $1,500, and it is available for purchase now. The new volume also comes with a detailed booklet documenting the production process and a book stand to display the rarity. Noted French architect and designer Philippe Starck created the original stand, too, and this time included a matching pedestal.

Snap it up, gents. Who knows, in a year or two, it could be worth a small fortune.