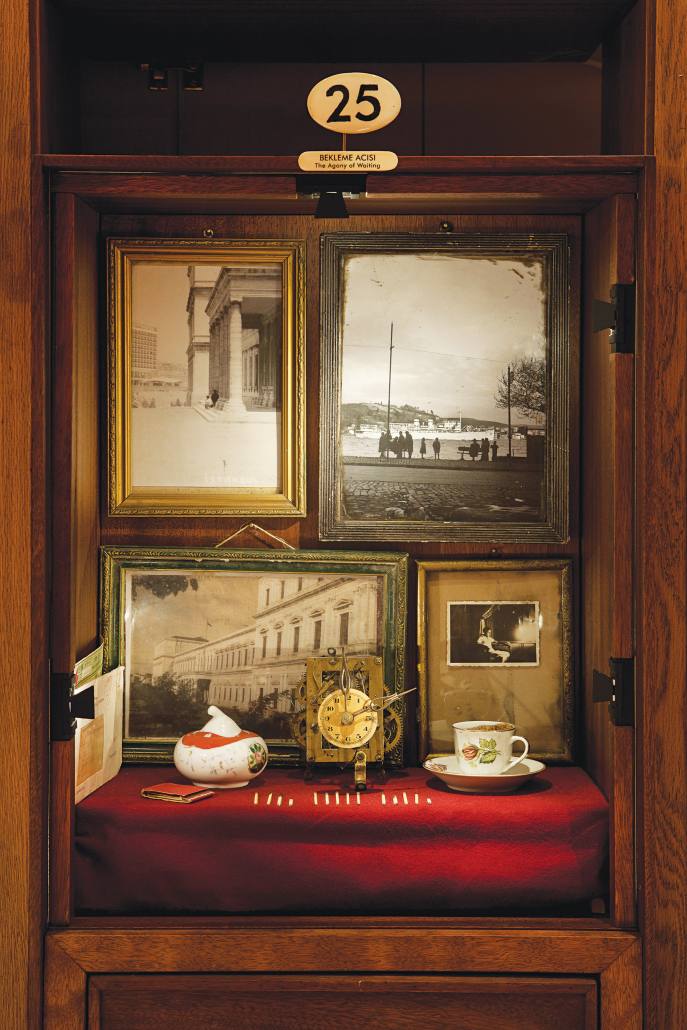 A teacup. An old photograph. A clock, its workings exposed to create the feeling of time furiously ticking by, and a series of matchsticks used to tediously measure the minutes. Each of these objects was carefully collected by the Nobel laureate Orhan Pamuk, who spent decades scouring Istanbul junk dealers and antique shops for the everyday items that would inspire a novel he was writing about lost love.

In 2008 he finally published The Museum of Innocence, which tells the story of Kemal, a wealthy man in 1970s Istanbul who falls in love with Füsun, a poor distant relation. Kemal, too, spends decades obsessively collecting the teacups and trinkets that Füsun had touched. Eventually he buys the house in the Çukurcuma district where she grew up and turns his collection into a museum. On page 520 of the novel, there is an admission ticket.

But the ticket is real, and so is the mu-seum (see for yourself: www.masumiyetmuzesi.org). Pamuk, too, bought a house in the Çukurcuma neighborhood and in 2012 opened the Museum of Innocence, where a series of vitrines represents each of the 83 chapters of his haunting book. The vitrine in this photo is for Chapter 25, The Agony of Waiting.

Who would go to a museum of fiction? Quite a lot of people, it turns out—up to 200 visitors a day. On TripAdvisor, not exactly a bastion of literary aspiration, the museum is rated 4.5 out of 5 and is linked to comments like, “If you found the level of obsession in the book disturbing then be prepared to enter a whole new level.” This year, the European Museum Forum named Pamuk’s curious little museum the 2014 European Museum of the Year.

Naturally, the museum has a “catalogue,” a second book titled The Innocence of Objects. Here Pamuk tells where he found the vintage porcelain dogs, old soda pop bottles, and butterfly barrettes, and how each vitrine represents a fictional moment or emotion as well as the reality of Istanbul during those years. The catalogue is also Pamuk’s manifesto for museums, a plea for fewer monumental institutions that “quash” our humanity, and for more small museums that tell the story of individuals.

In this issue, we celebrate the small museum, and the collectors who, intentionally or not, ended up sharing their treasured objects with the public. There is the second home in Portland, Ore., bought by Dick Estey to display what has become the most extensive collection of vintage golf equipment in the United States, and the rambling Sonoma County, Calif., property of Steve and Nancy Oliver, who now let thousands of visitors stroll through each year to see the Olivers’ collection of outdoor sculpture. And many more.

Pamuk speaks intimately to collectors—he is one of the tribe—about the power of objects. Not their material value or historical significance, but how they capture time and emotion and are filled with meaning. It is a different way of seeing the world, and one that, in a way, makes curators of us all.