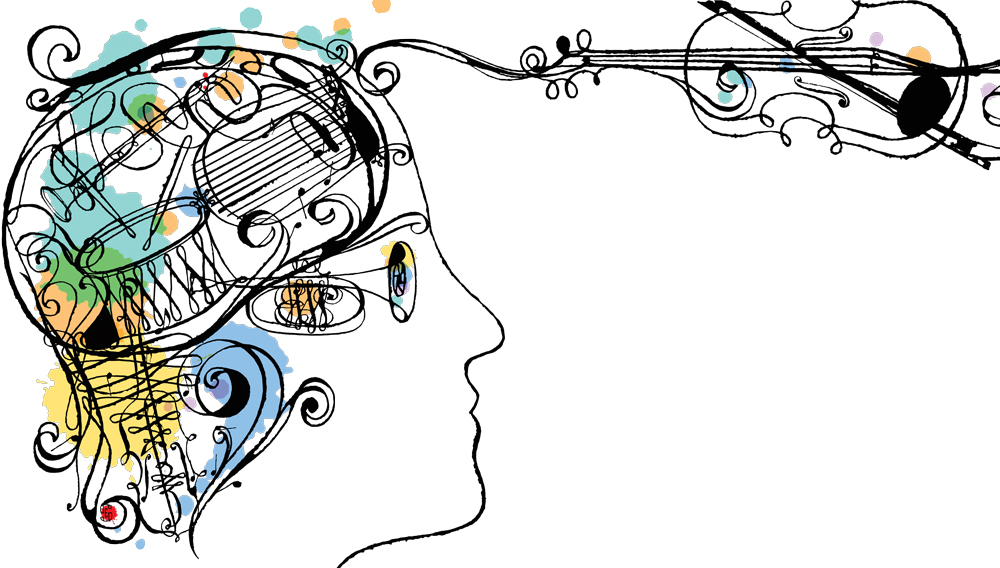 A celebratory score for the gains made in brain health

The late neurologist Oliver Sacks famously likened the brain to a “vastly complicated orchestra with thousands of instruments, an orchestra that conducts itself, with an ever-changing score and repertoire.” Remarkably, that entire orchestra weighs just 3 pounds, a mere 2 percent of the average person’s total body weight, but it requires 20 percent of the body’s energy stores.

Despite being recognized for centuries as playing a significant role in one’s personality and bodily function, the brain has long been an enigma to physicians and philosophers alike. Nicolaus Steno, a 17th-century Danish scientist, remarked, “The brain, the masterpiece of creation, is almost unknown to us.” Certainly, and thankfully, much has been learned about our gray matter since the 1600s, and in just the last decade that knowledge has accelerated exponentially. The federal Brain Research through Advancing Innovative Neurotechnologies (BRAIN) initiative, begun in 2013, has generated funding and excitement around brain research that can be compared with the space race of the 1960s. Those resources, coupled with the introduction of new imaging technology and the use of big data—enabling researchers to mine an ocean of digital information—has given us these 10 advances to celebrate about that mysterious, orchestral organ.

{1} The brain is under perpetual construction.

It was once believed that one is born with a set number of brain cells that is continuously depleted throughout the life span. Neurologists now know the brain proceeds to form new neural pathways even as we age and can generate new brain cells. More than 70,000 thoughts per day spark chemical and electrical signals that speed along superhighways between neurons. Learn a new skill set like a foreign language and a new avenue forms to connect those neurons. Brain games help to maintain established pathways: Fill in the potholes, repave, and paint the lines. Neuroscientists have witnessed such neuroplasticity through molecular imaging in patients suffering from brain injuries that require them to reroute neural highways around damaged tissue to restore function.

“What’s good for the heart is good for the brain,” says Kate Zhong, MD, senior director of clinical research and development for the Cleveland Clinic Lou Ruvo Center for Brain Health, and recent research bears this out. A Kyoto animal study published in 2012 suggests that physical exercise is even more vital for brain health than switching to a lower-fat diet. In this study, exercise elicited heightened activity of an enzyme called neprilysin that destroys a toxic protein in the amyloid plaques implicated in Alzheimer’s disease. Jeffrey Cummings, MD, director at the Cleveland Clinic Lou Ruvo Center for Brain Health, points out that greater levels of physical exercise have also been shown to increase the formation of new neurons. Following a 12-week exercise regimen, study participants who engaged in moderate-intensity physical exercise showed growth in the cortical thickness of their brains, which can mean an increased density of neural connections and thus greater cognitive function. The caveat is that subjects’ target heart rates were at least 60 percent of their aerobic thresholds, so a leisurely stroll will not do the job. A study of identical twins also revealed an increase in gray matter in the exercising twins over a three-year period, and an Australian study demonstrated improved memory and motor-skills coordination after just one 30-minute session of vigorous exercise.

The discovery of neuroplasticity not only provides insight into how the brain develops but also sheds light on how what an individual already knows may impact brainpower. A recent study used functional magnetic resonance imaging (fMRI) to compare the brain activity of master sommeliers against that of a novice control group when introducing aromas and visuals to subjects in the scanner. The sommeliers were found to access much wider parts of the brain, tapping into the area responsible for smell when describing scents as well as regions like the visual cortex. There also appeared to be a strong correlation between years of experience and greater activation. The Cleveland Clinic’s Dr. Zhong says that while some individuals might possess innate abilities, these findings support the duration effect on connections created between nerve cells and underscore one’s ability to develop expertise. The technology that allows us to identify relationships between areas of the brain utilized and levels of expertise opens doors to a world of potential brainpower, and scientists hope to learn how we can maximize these connections and possibly enhance creativity.

We have known for some time that a good night’s rest helps the brain consolidate memories, but recently scientists have become roused over a new role for sleep. Charles Czeisler, PhD, MD, Harvard Medical School professor and chief of the Division of Sleep and Circadian Disorders in the Departments of Medicine and Neurology at Brigham and Women’s Hospital, says one of the most exciting new discoveries is how sleep helps “wash” toxins out of the brain, so to speak. Scientists once believed that excess proteins and other metabolites were broken down and recycled at a cellular level because the brain is not connected to the body’s lymphatic system. Now, thanks to small fluorescent tracers and advanced microscopes, scientists discovered what they call the glymphatic system, a network of channels carrying cerebrospinal fluid that escorts unwanted byproducts like amyloid-ß, which is toxic to neurons, out of the brain. This waste removal occurred nearly two times faster during sleep in a mouse study, Dr. Czeisler says. (Brand-new research indicates this process is optimized when lying on one’s side.) When sleep is disturbed this efficient neural sanitation comes to a grinding halt, causing a surplus of brain waste that is clearly linked to neuro-degenerative diseases such as Parkinson’s, Alzheimer’s, and other forms of dementia.

{5} Early Alzheimer’s detection is a reality.

For more than a decade, scientists have known about the direct link between Alzheimer’s and amyloid protein plaques. However, the use of advanced molecular imaging now allows physicians to detect this plaque buildup in the brain as many as 15 years before symptoms like memory loss emerge. A current clinical trial is under way with patients at high risk for Alzheimer’s—those with a close family history of the disease—at the Lou Ruvo Center for Brain Health in Las Vegas. To learn more, visit my.clevelandclinic.org.

{6} Drugs may soon help halt the progression of Alzheimer’s.

Early findings from clinical trials show that the synthetic antibody solanezumab successfully escorted amyloid plaques out of the brain much like natural antibodies ward off viruses. Another recent study underscored the importance of early detection, revealing that a high-dose course of therapy of the immune drug crenezumab was significantly more effective among study participants with the least cognitive impairment. For patients with genetic predispositions—such as those who possess the APOE4 gene linked to a family history of Alzheimer’s or those possessing the PS1 or PS2 genes, which make the development of the disease inevitable—early intervention may soon be a reality.

{7} Dementia is both a cognitive and a behavioral disorder.

Research into head trauma in athletes has led to the discovery of an abnormal buildup of tau proteins in the brain that can cause agitation, aggressive behavior, and early-onset dementia. Similar tau protein tangles are commonly found in the brains of those suffering from Alzheimer’s disease. The Cleveland Clinic’s Dr. Cummings has spearheaded studies utilizing new drugs to treat agitation in Alzheimer’s patients and is encouraged by early findings, which underscore the notion that dementia is not just a cognitive disorder but also a behavioral one.

{8} Stress paves the path to depression.

A 2013 University of Pennsylvania study revealed differences between how the brains of men and women are wired. Using diffusion tensor imaging, which can highlight fiber pathways in the brain, scientists discovered that within the supratentorial region, situated between the right and left hemispheres, women exhibited a greater interplay between both sides of the brain while men displayed greater intra-hemispheric connectivity. But in the cerebellum, the opposite was true. This likely suggests that men have strong connections between perception and coordinated action and execute tasks best one at a time, while women seem to be more adept at combining analytical reasoning with intuition and tend to be better multitaskers.

Several studies are examining the influence of estrogens in the brain in both men and women and how this affects learning, emotional response, and reactions to drug therapies. With a better understanding of sex-specific brain chemistry, scientists hope to improve the diagnosis and treatment of diseases that affect the brain, such as depression, multiple sclerosis, and stroke.

{10} Imagination can be mapped.

Detecting imagination seems more suitable for sci-fi than science, but researchers are coming much closer to understanding how it functions in the brain. A 2013 study at Dartmouth College used fMRI to reveal that the brain requires a vast mental workspace, utilizing several regions of the brain, to construct imagined scenarios. A University of Wisconsin-Madison study helped researchers understand how neurons fire while imagination is in play: When participants were asked to imagine something, electrical signaling to neurons in the brain flow in the reverse direction of visual perception. Mapping out these geographies of imagination may help neuroscientists understand how to control motor function in prosthetic limbs and use brain-computer interfaces.