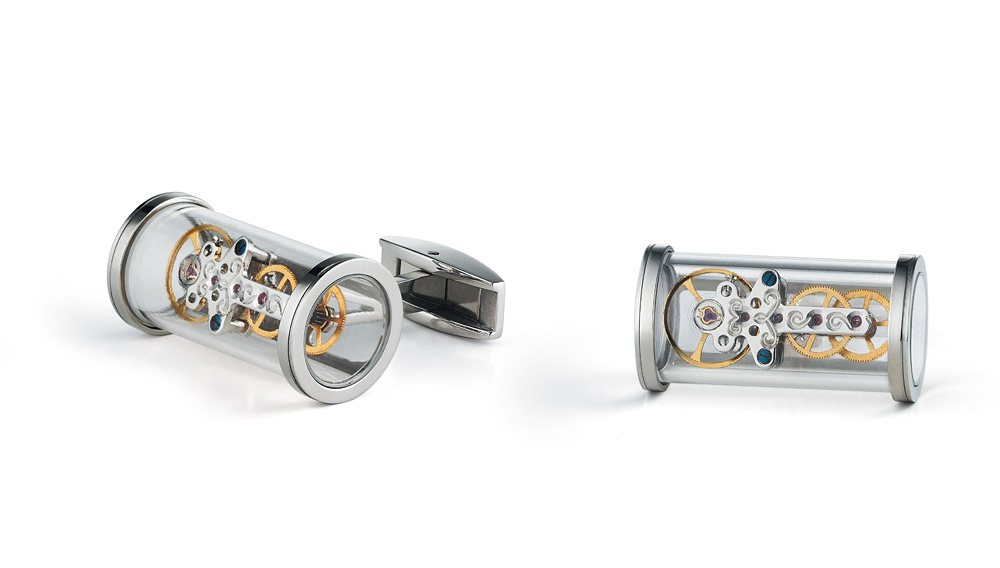 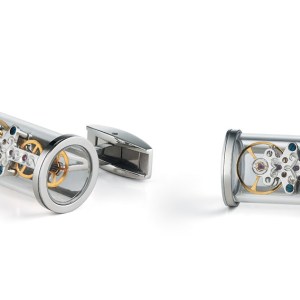 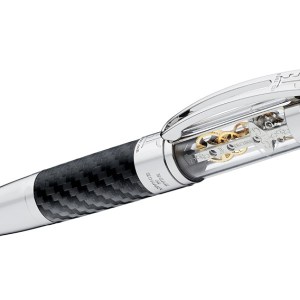 Founded in 2010, the Swiss accessory brand TF Est. 1968—named for the initials and birth year of the company’s founder, Freddy Tschumi—creates products that combine the aesthetics of haute horlogerie with the utility of everyday accessories. At the recent Baselworld watch and jewelry trade show, surrounded by the brands that inspire its product design, the company unveiled new versions of its T-Mechanical series of writing instruments and cuff links.

The first releases in the T-Mechanical line of pens debuted last year, and like those models, the new pens sport a transparent barrel through which a functioning gear train is visible. As the pen moves across a sheet of paper, the gears move accordingly, making the act of writing a visual experience as well as a tactile one. The pens were originally available in four style variations—black lacquer, rose gold, yellow gold, and palladium—but the Baselworld debut introduced a new version in carbon fiber and palladium ($1,090 each).

Also unveiled at the show, the T-Mechanic line of cuff links saw the addition of a completely new design. Like their predecessors, the new T-Mechanic cuff links ($595) incorporate a watch gear train into the design—but unlike the originals, in which the gear train was set into the metal body of the cuff links, the new version displays the gear train suspended within a transparent tube. This allows a much clearer view of the gears, which were partially obscured in the original design. Along with the additions to the T-Mechanic series, TF Est. 1968 also used the occasion of Baselworld to introduce a new line of tourbillon-themed cuff links. (www.tfest1968.ch)