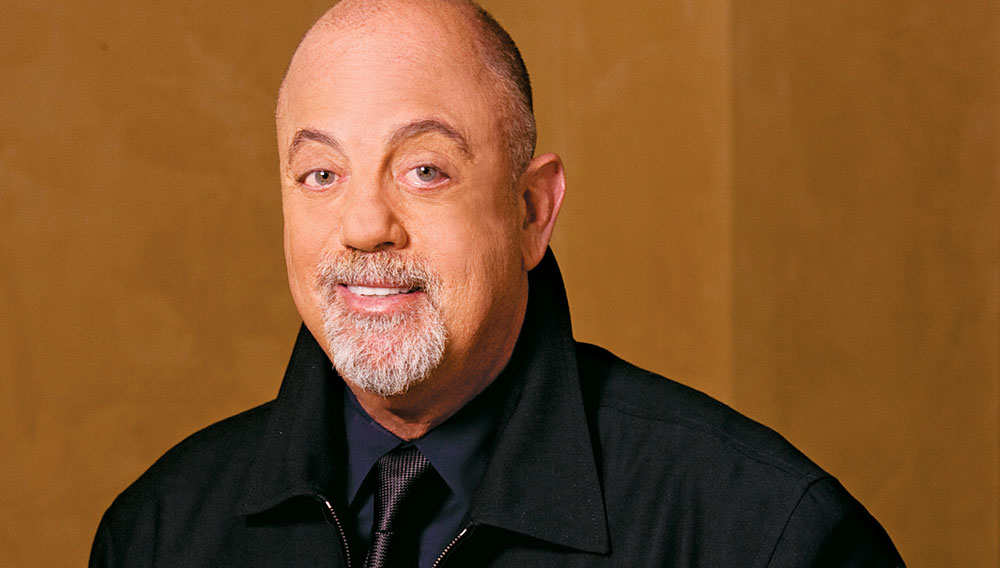 Billy joel turned 60 in May. The multiplatinum recording artist says that he is an old man now—a somewhat questionable claim from someone who has a full touring schedule (with longtime friend Sir Elton John) and a number of new passion projects in the works. “I’m tired of the stardom machine,” Joel says. “These days the thing that excites me the most is actually creating something.” A current focus of his formidable creativity is his motorcycle company, 20th Century Cycles (www.20thcc.com), which custom-builds motorcycles to look vintage. He also partnered with a Long Island boatyard, CH Marine (www.chmarineyachts.com), to manufacture the vintage-looking Shelter Island Runabout, a vessel that Joel—its designer—describes as “a cross between a lobster boat and a rumrunner.” Joel says he enjoys these sidelines, but he is quick to assure fans that he will never hang up his hat on music. Even though it has been 16 years since the release of his last studio album, River of Dreams, the Piano Man continues to write music. “I want to create something that is timeless,” he says.

Other than music, what are your passions?

I’m a history nut. If I had not become a musician I would have been a history teacher. I didn’t have a television when I was a kid, so all I did was read books and play piano. I used to read textbooks like they were novels. Right now I’m reading one about Havana in the 1940s and 1950s when the mob kind of ran things; it’s called Havana Nocturne, by T.J. English.

Do you consider yourself a collector?

I’m an enthusiast, a rider, and a tinker, but suddenly I turn around and I have 31 motorcycles. I guess that makes me a collector. It’s nowhere near a Steve McQueen–size collection; and the best that I’ve ever seen is Jay Leno’s. My idea of fun is having the time to enjoy the things that I have. I also keep a small collection of music manuscripts dating back to the 1800s. Some of them are replicas of original scores done by Beethoven, Mozart, and [Robert] Schumann; some of them are the original printings. They only made a few dozen copies of Beethoven’s 9th Symphony because they were afraid to handle it too much. I actually got one of these copies, and it’s amazing to read through and see where he gouged out stuff he didn’t like. I’m always trying to look through the scratches to see his mistakes. But I gave it to my brother [Alexander Joel] as a birthday gift because he is a conductor.

What presents did you get for your birthday?

A few of my close friends got me a 1952 Fiat 500, a 1952 Vincent Rapide, and a 1975 Ducati 750 Sport. It really kicked my collection into a whole other stratosphere. The other thing that I got for my birthday was a 1957 Hammond B3 organ with a Leslie tone cabinet; you just can’t find these things anywhere. They really got me some nice tchotchkes.

What is the best investment you ever made?

Financially speaking, I would say that my best investments are in real estate. I owned a house in East Hampton that I bought for $3 million back in the mid-’80s, and I sold it to Jerry Seinfeld for $32.5 million in 2000. At that time, it was the highest price ever paid for a house anywhere. A lot of artists have a good eye for property; I guess I do, too.

Do you have any advice that you would like to pass on to our readers?

Yeah: Get a lawyer. And when you’ve made enough money to afford keeping that lawyer on retainer, then get another lawyer. I was pretty much taken to the cleaners twice in my professional life. Fortunately, I live in the country that I do and I’m in the business that I’m in. I was able to make it all back. I’m kind of a cat with nine lives.