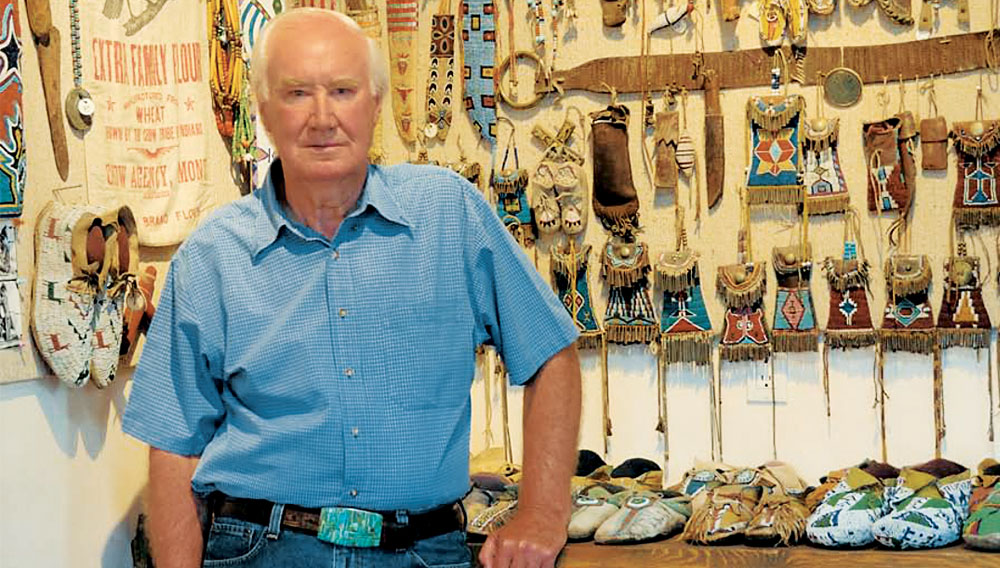 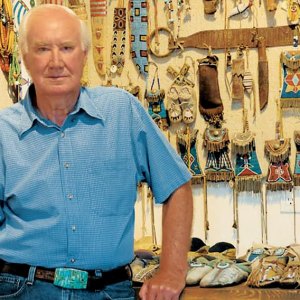 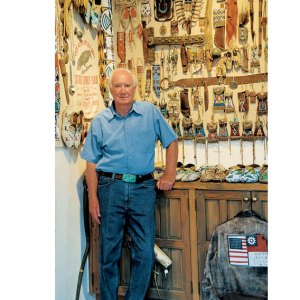 As an air force fighter pilot in the Vietnam War, Forrest Fenn flew 328 missions and was shot down twice. After the war, he and his wife, Peggy, settled in Santa Fe, N.M., and founded what would become the city’s most successful art-and-antiques business. Fenn Gallery specialized in Old West artifacts and paintings—Remingtons, Russells, Morans—and counted among its clients Robert Redford and Jacqueline Kennedy Onassis. Fenn was diagnosed with cancer in 1988, and he has since retired, but he is still an avid—and eccentric—collector. He recently filled a bronze chest with what he says is millions of dollars’ worth of gold and jewels and hid the treasure “somewhere in the mountains north of Santa Fe.” A poem in his memoir, The Thrill of the Chase—his latest of eight books—offers clues to the location of the cache, which Fenn is challenging treasure hunters to find. “If I can’t take it with me,” he says, “you can have as much fun chasing it as I’ve had for the last 70 years.” —Margie Goldsmith

How did you go from being a fighter pilot to a gallery owner?

Sitting in the nighttime Laotian jungle after being shot down the second time, I knew there had to be something better. Over half of my life had been spent in the military. I wanted to collect antiques, so I traded and bought my way into an art gallery in Santa Fe. I built my business around the premise that something doesn’t have to be expensive to be wonderful.

Many of your clients have been guests in your home. Did anyone ever try to get you to part with a piece from your personal collection?

Ralph Lauren has the most wonderful talent of persuasion. Once he was in my home looking at my Indian bonnet collection, and he wanted my favorite, a particularly nice Crow hat covered with white ermine skins and carved antelope horns. I told him it wasn’t for sale. He said, “You have so many, and you can’t take them with you.” So I said, “Then I’m not going.” He just laughed.

What are some of the most valuable pieces in your collection?

Sitting Bull’s catlinite pipe is one, and an early Hidatsa painted buffalo robe. But my collection is mostly made up of things that speak to me in a personal way. Some of my Plains Indian dolls that were made for little girls to play with have human scalps sewn on for hair and tell of a much earlier time, when attitudes and emotions ran in a different direction. My favorite piece is the little arrow point I found when I was 9. When I look at it today, I can still see my father’s face smiling because he knew I was so excited.

Tell us about the pueblo you purchased.

The ranch on which San Lazaro Pueblo sits was in foreclosure, and an archaeologist wanted to bulldoze the rooms and look for pots. So I rushed out, purchased the foreclosure, and paid off the liens. These sacred ruins need a guardian. We’re conserving thousands of artifacts, including a carved wooden human effigy with obsidian eyes and mouth, and prehistoric kachina dance masks that were not known to exist before we started digging.

I’ve always been independent and somewhat impulsive, and I like to do things without a goal or strategy. There’s a freedom in not making decisions until the last minute. My best hours have been flying at 500 feet, looking for Indian ruins or following a river through a winding canyon, not knowing or caring where I might spend the night—even sleeping on a riverbank if there’s no motel. My wife cringes when I tell her these things, because she thinks roughing it means no room service. But she’s always allowed me to just go do it. How can life get better than that?