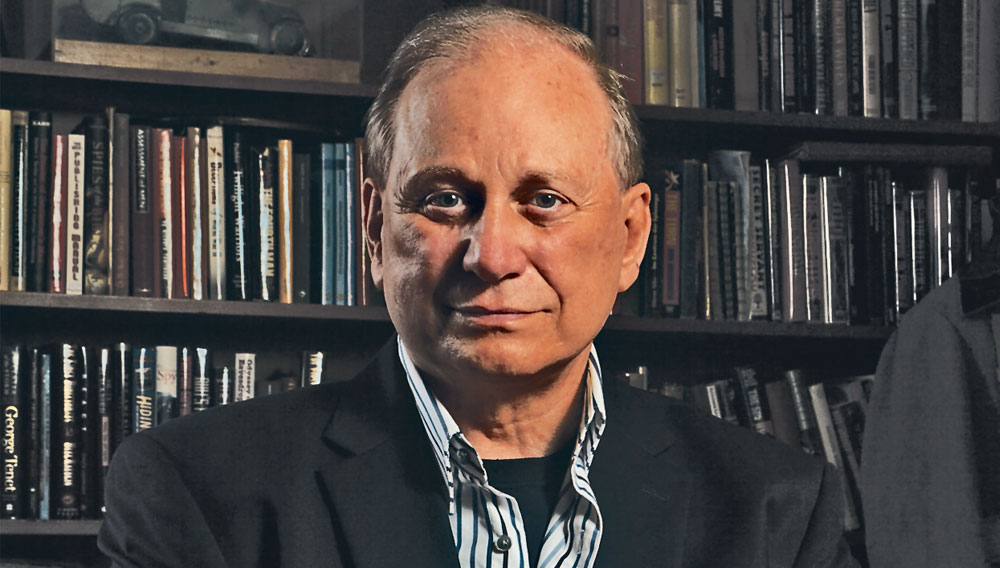 H. Keith Melton is privy to secrets of the world’s most clandestine government agencies—including the CIA, MI6, and the KGB—but the intelligence historian and authority on spy technology vows never to divulge classified information. He has, however, shared much of his knowledge and experience in more than 40 documentaries and in the dozens of books he has penned, among them The Official CIA Manual of Trickery and Deception. After graduating from the United States Naval Academy in Annapolis, Md., Melton followed his passion for technology and history on what has been a 40-year quest to hunt down (and occasionally reverse-engineer) the world’s rarest examples of espionage history and gadgetry. This May, he began showcasing more than 200 recently declassified gadgets and artifacts in Spy: The Exhibit, a traveling show that is on display at Manhattan’s Discovery Times Square until spring 2013. But Melton, who has been an avid Robb Report reader since the mid-1990s, keeps the most top-secret items at his home in Boca Raton, Fla., where he maintains a 3,500-square-foot private espionage library and museum. —Bailey S. Barnard

Tell us about your museum.

It’s on the grounds of my home, across the courtyard from the main house. It’s a purpose-built garden facility with secret doors, passageways, and hiding places. I don’t have visitors there who I don’t know, who are not somehow part of the intelligence community. But what I’ve found is that the items I have there have never been seen by the public, so I wanted to assemble, as we did with the help of the CIA and FBI, the most astounding selection of espionage artifacts that have ever traveled the United States.

What are some of the highlights of the Spy exhibit?

The exhibit shows people the real world of James Bond—everything from miniature spy submarines, to secret cameras, to exploding cigars, to the handcuffs used to catch the Russian spies recently in New York, to the ice ax that murdered Leon Trotsky, to one of the CIA’s two robotic catfish, called Charlie. It’s a journey through a clandestine world. If people have any fascination on the topic, they need to see the real thing.

Can you tell us more about Charlie?

Charlie the Catfish is an underwater robotic sensor that’s a traveling collector of information. For example, you could have it swim up a river, park itself next to a nuclear facility, and get a sample of the water coming out of the cooling system, which you could use to judge what level of uranium enrichment they have achieved. We have video of it, and if you saw it swimming you’d believe it was a catfish. It’s indistinguishable from a real fish—and this was decades ago, so you can only imagine what’s possible now.

How do you go about tracking down items for your collection?

Here’s the secret: You spend an untold number of hours, and you don’t keep track of how much it costs. To find the ax that killed Trotsky, I went to Russia 20 times and traveled the world—and then finally found it in Mexico City. In general, I travel about 150,000 miles a year. It helps when your passion is your vacation. I don’t distinguish between the two.

What is your philosophy as a collector?

I avoid fads, for one. The future of spy technology is moving toward drone and robotic devices, which can tell you what someone is doing, but they can’t tell you what someone is thinking. We still need the humans to do that. I also believe that there are certain underlying subjects that, to me, hold great interest, and I would rather be known for the depth of my interests than the breadth of them.