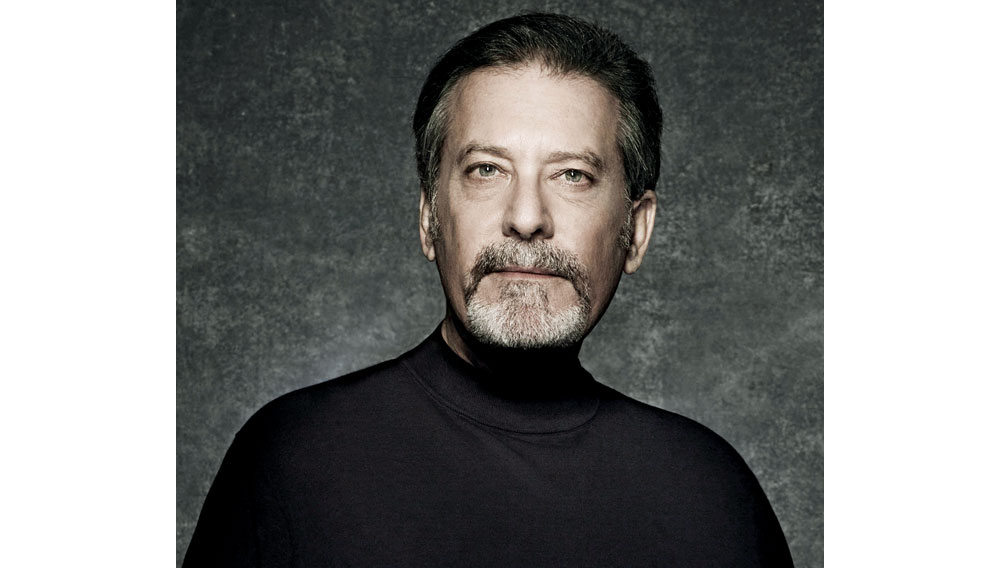 After struggling for years as a fiction writer, Jonathan Kellerman struck gold with When the Bough Breaks, the first of his novels starring Los Angeles psychologist-turned-detective Alex Delaware. Kellerman too trained as a psychologist, but today, 27 years after Bough, he has 75 million copies of his books in print worldwide. His works include 34 best-selling thrillers and a coffee-table tome, With Strings Attached, which chronicles one of his other passions—vintage guitars. Kellerman, 62, and his wife, Faye (also a best-selling author), share their Beverly Hills home with a collection of 130 rare guitars and a French bulldog named Hugo, in a cheeky reference to Victor Hugo. Indeed, Kellerman is a surprisingly cheery fellow given how bloody his books can be, including his latest effort, Victims. This one begins with a particularly grisly murder in Mid-City Los Angeles; it debuted at No. 2 on The New York Times best-seller list in March.  —Scott Timberg

When did you start collecting guitars?

I’ve played since I was 8 or 9, and every serious musician always has more than one. At a certain point I stopped selling them and held onto the good stuff. Like most guys, I played in a band, so I have some electrics. Then I played some jazz, so I have some archtops. I’ve done bluegrass, so I’ve got flat-tops. For the last five or six years, I’ve mostly done classical, so I’ve got about a dozen premium classical guitars.

What are some of your favorites?

I have a classical guitar by Antonio de Torres, the father of the modern guitar, which he invented in the 1850s and ’60s. I have a Torres that Torres built for himself; I bought it at auction. That was a six-figure guitar. I have a lot of prewar Martins. But I have the only steel-string, 12-string, flat-top, prewar Martin made. It’s a 1936—it was a special order—which I bought from a dealer. I paid about $20,000 for that.

Do you have time to play?

I play every day. Mostly I’m sitting there in my guitar room, on an armless chair with a footstool, playing Bach and feeling incompetent. Classical guitar is very humbling. But it’s a great tonic, another way to stay engaged with the world.

You’re also an artist. The cover art of Victims is a painting of yours.

Yes, art comes naturally to me. I was the cartoonist for the UCLA Daily Bruin for four years; I almost became professional. I used to do meticulous pen-and-ink David Levine–type stuff, but now art is a release for me, so I seek a freer medium. For a while I was working in acrylics, but recently I’ve discovered water-based oil paints.

How else do you relax?

I’ll give you a restaurant tip. I shouldn’t—it’s hard enough to get into as it is—but it’s Tierra Sur, in the Herzog winery in Oxnard [Calif.], a kosher place where most of the diners are not Jewish. The chef, Todd Aarons, was at Zuni Café in San Francisco, and he’s shown me what a really gifted chef can do. And it’s a winery, so there’s a lot of tasting. We also love traveling to Venice [Italy]. You look at pictures of Ven­ice from the 1400s, 1500s, and it’s maintained this timelessness that’s almost bizarre. Last year I picked up some raw pigment there that you mix with oil or water to make your own paint. Venice is like that—you pass a little shop on a little street, and go in and buy pigment, freshly ground.

How do you still turn out at least a book a year?

I write three hours a day, and then I take a little rest and have the energy to do other things. There’s this fiction that you can only learn stuff when you’re very young. But I have tried to challenge myself along the way. We need to be open to those possibilities; that at any age, given some innate talent and a lot of hard work, things are possible for us.