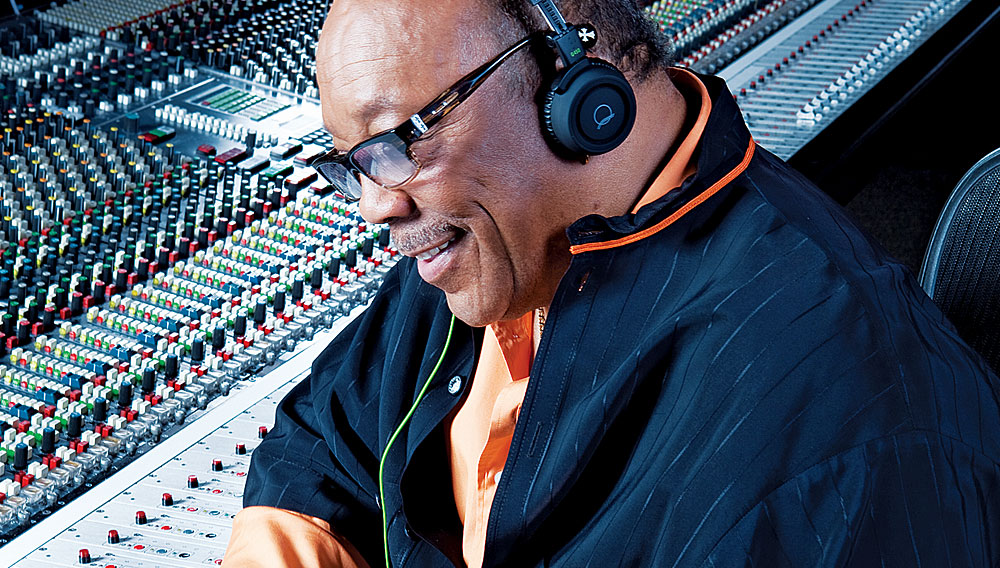 After more than six decades in the music industry, Quincy Jones still does not miss a beat. In the last year alone, the producer, songwriter, and musician released a new studio album, launched a signature line of headphones with AKG, and coauthored a book on music production. He also remains extremely active with the Quincy Jones Foundation (qjfoundation.org), a global philanthropic group he established in 1990 to address a range of humanitarian issues. This year the 77-year-old Jones, along with longtime friend and fellow activist Bono (of the rock band U2), plans to produce a nonprofit documentary on the Carnival festival in Brazil—a country he has visited every year for the last 54 years—that will benefit, among others, the children in the favelas on the outskirts of Rio de Janeiro and São Paulo. Robb Report caught up with Jones while he was celebrating the 17th birthday of one of his own children at the Hôtel Ritz Paris.

Tell us about your children.

I collect kids, man. I have six girls and one boy. I’m here with my youngest. I came from the Chicago ghettos in the Depression, and I didn’t really have a mother, so it’s a pleasure to be able to do these kinds of things for my kids, but I can also identify with kids who are forced to go through hell.

How does your foundation help those kids?

My foundation is on fire right now. We’re everywhere—from Soweto [South Africa] to the favelas in Rio and São Paulo. We’re also working with hospitals over in Cambodia. I adopted 16 families there. Back in 1999, I went to the Vatican for the HIPC third-world debt relief. We got over $27 billion for Bolivia, Mozambique, and the Ivory Coast, and we put 20 million kids in school. And I’ve been doing things with [Nelson] Mandela now for about 40 years—from AIDS and antiretroviral work, to building houses with Habitat for Humanity, anything he’s involved with. That gives me great joy.

What are your passions outside of music and philanthropy?

I’m just fascinated with traveling, but I think it’s very important that you don’t drag your culture into someone else’s culture. Everywhere you go in the world, eat the food the people eat, listen to the music they listen to, and learn 30 or 40 words of every language. So far I’m up to 18 languages—and right now I’m learning how to speak and write Mandarin and Arabic.

I built my dream home in Bel Air [Calif.]. It took six and a half years, and I love it—whenever I get there. I only have one home because if I get another place, like a summer home, then I’d feel like I’m obligated to always be there. This way I can go wherever I want to go when I’m free. Plus, I’ve got friends all over the world.

Bono puts it best. He says, “In all of celebrity and success, there’s a currency. We have to learn how to spend it.” I’ll tell you, it’s such a complicated world, but it’s also a beautiful world, and I’m starting to see more and more people come together through all this giving. I’m fortunate enough to have worked with the famous Karolinska [University] Hospital in Stockholm. A lot of the Nobel laureate doctors there are jazz musicians, and that makes it really fun for me. They’re some of the smartest guys I’ve ever met, and they say that the four key words in your thoughts should be love, laugh, live, and give—and that’s how I’ve lived all my life.