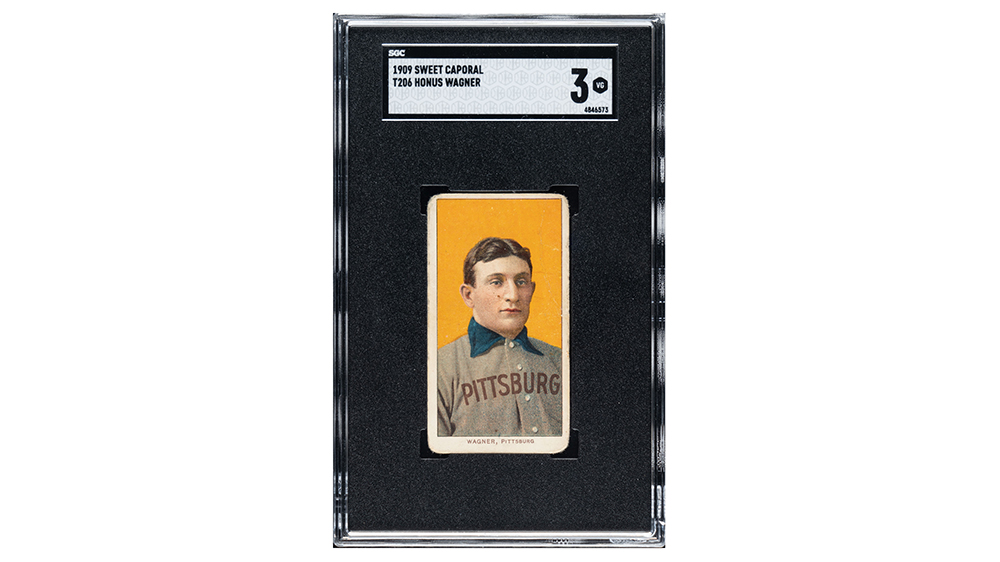 The king has returned to reclaim his throne.

The T206 Honus Wagner baseball card again became the most expensive sports card when it sold for $6.6 million at auction on Sunday, according to Robert Edwards Auctions, which brokered the sale. The winning bid easily bested the previous record of $5.2 million, which was jointly held by Mickey Mantle and LeBron James’s rookie cards.

If sports memorabilia collecting has a “holy grail,” it’s almost certainly the T206. The card was originally printed between 1909 and 1911 and came with American Tobacco Co. packs of cigarettes. More than a century later, only about five dozen of those cards still exist, almost all of which are in poor condition. Because of this, even a half-decent T206 will fetch top dollar on the auction market. That was true even in 2000 when the card became the first to sell for more than $1 million.

The back of the T206 Honus Wagner baseball card

In 2016, another T206 sold for $3.12 million and was the most expensive card of all time until last fall, when a one-of-a-kind Mike Trout rookie card sold for $3.9 million, before being surpassed by the Mickey Mantle and LeBron James rookie cards earlier this year. The new record holder, which was purchased by an unnamed buyer, has a grade of “VG 3” from third-party ratings company SGC and is one of the best-preserved examples of the card.

“This Wagner stands out because of its condition,” Brian Dwyer, president of Robert Edward Auctions, told ESPN. “There’s only about 60 of these that we can confirm through various population reports and available grading data. Of those 60, most are rated poor, authentic or good, at best. This card is one of the best examples out there, and it’s certainly one of the best examples available.”

Nicknamed the Flying Dutchman, Wagner is widely considered one of the greatest players of the early baseball era. He played shortstop for the Pittsburg Pirates from 1897 to 1917, during which time he won eight batting titles, a record that still stands to this day. In 1936, he became one of the first five players nominated to the Baseball Hall of Fame.

The price for high-end sports cards has gone to the moon and beyond over the last year, with records for different sports falling every month or so. Still, if you’re looking to invest in a card, you could do a lot worse than the T206. Of the top 10 most valuable cards of all time, four of them feature Wagner’s painted portrait on the front.