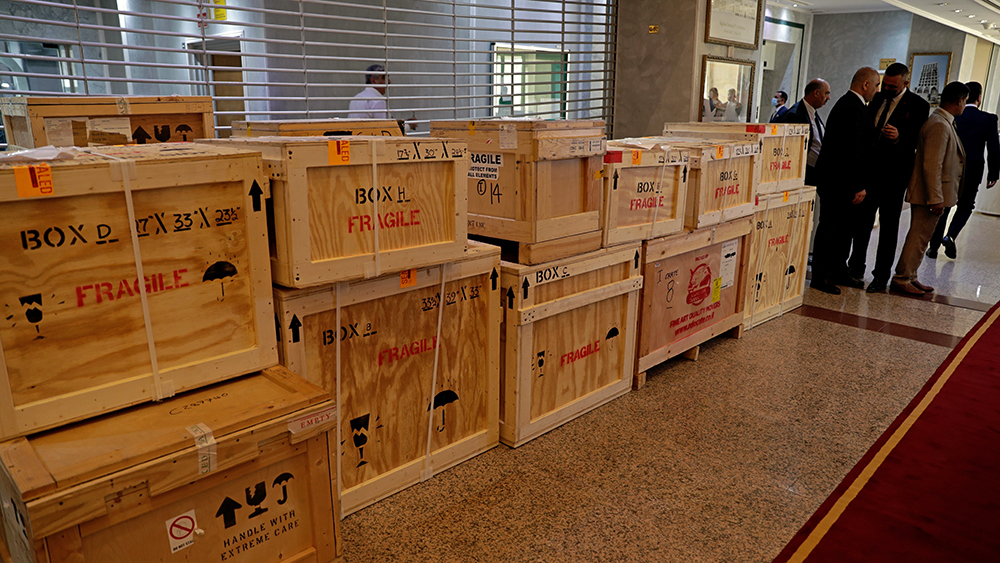 The United States has sent back more than 17,000 objects to Iraq. Hasan Nadhim, the Iraqi culture minister, said that the repatriation was “the largest in the history of Iraq.”

Among the objects repatriated to the country was a tablet from the epic of Gilgamesh that was owned by Hobby Lobby, an Oklahoma-based craft store chain. U.S. authorities had been seeking its forfeiture since 2020.

The New York Times reported that cylinder seals, clay tablets, and more arrived in wooden crates in Iraq this week. More than 5,000 of the items that were sent back reportedly came from Cornell University in Ithaca, New York, which has previously faced claims that it owns tablets looted from Iraq in the 1990s.

The Gilgamesh tablet was bought by Hobby Lobby in 2014 for $1.67 million with the hope of displaying it at the Museum of the Bible in Washington, D.C., whose founder and board chair is Steve Green, Hobby Lobby’s president. The tablet was seized from the museum in 2019 after federal prosecutors said they believed it was looted from Iraq. The museum said at the time that it supported returning the tablet.

On July 16, attorneys for the Eastern District Court of New York said they were seeking to send the tablet back to Iraq. They claimed that the work had been brought to the U.S. with a false provenance and that an unnamed “major international auction house” had sold the work to Hobby Lobby.

“This forfeiture represents an important milestone on the path to returning this rare and ancient masterpiece of world literature to its country of origin,” Jacquelyn M. Kasulis, a U.S. attorney for the Eastern District Court of New York, said in a statement.

It is not the first time that Hobby Lobby and the Museum of the Bible have been accused of having illegally transported artifacts in their holdings. In 2011, U.S. customs agents seized shipments of Iraqi artifacts that had been looted and bought by Hobby Lobby the prior year. In 2017, Hobby Lobby was fined $3 million and in the years since, the company has returned thousands of objects to Iraq and Egypt.

Green has admitted that Hobby Lobby and the Museum of the Bible’s collecting practices were flawed, saying that he “trusted the wrong people to guide me, and unwittingly dealt with unscrupulous dealers” in a 2020 statement.