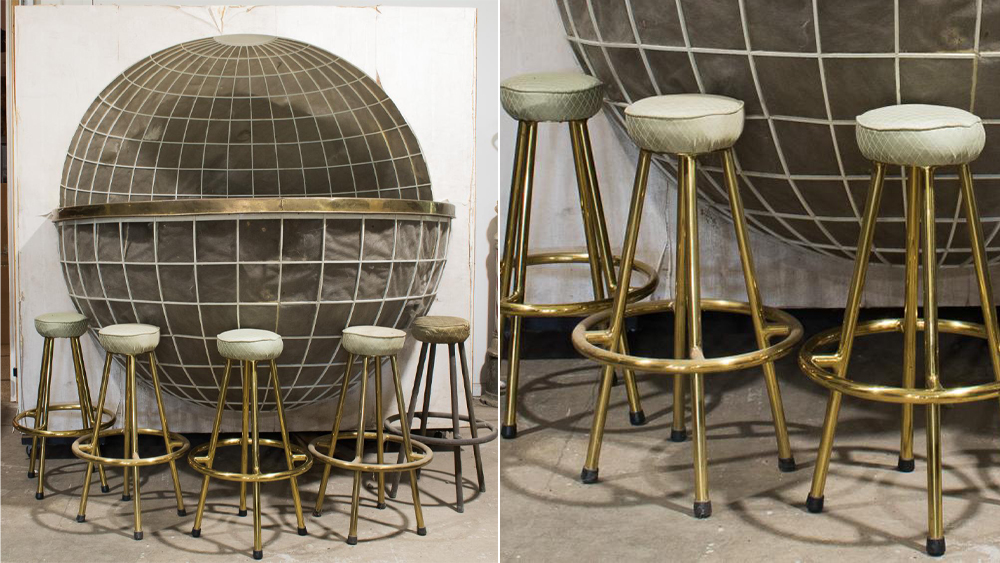 The last place anyone would ever want to drink is Adolf Hitler’s bar. That hasn’t stopped one Maryland auction house from putting the detested dictator’s globe-shaped watering hole up for auction—with a starting bid of $75,000, no less.

The self-contained bar and its five matching stools were originally stationed on Hitler’s personal yacht Aviso Grille. The pieces were retrieved from the 377-footer when the vessel was scrapped in the ‘50s and have sat in a barn in rural Maryland for the past 70 years. The complete setup will be auctioned by Alexander Historical Auctions on October 29 and is expected to fetch between $150,000 and $250,000. If it finds an interested buyer, that is.

The bar features an aluminum counter with a built-in sink and a matching Art Deco brass faucet and trim. It’s shaped like the Earth and features two hemispheres that are cross-cut by longitudinal and latitudinal lines. If you haven’t clocked it yet, it’s also a very literal representation of Hitler’s lofty (and vile) ambitions.

“The bar, fittingly, resembles the world which Hitler hoped to conquer,” the auction house states on the listing.

Nothing like a little world domination to set the tone for happy hour.

Peddling Hitler’s belongings and other Nazi memorabilia is not only hugely problematic, but it has also been banned by many top auctioneers, such as Sotheby’s, Christie’s and even eBay. It’s also illegal in some parts of Europe. Whether or not the US should follow suit is a much larger issue: How does one determine between legitimate collectors and Nazi sympathizers/alt-righters looking for props to promote their cause?

At any rate, we’ll take our evening cocktail elsewhere.