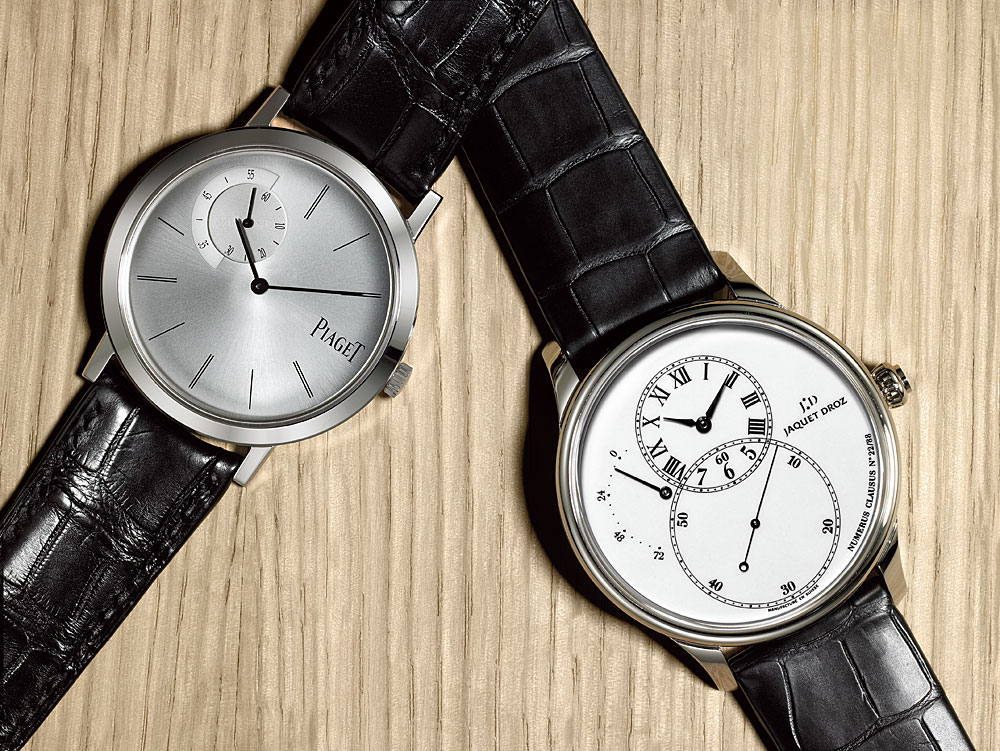 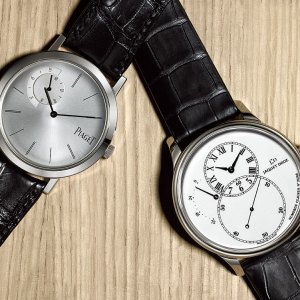 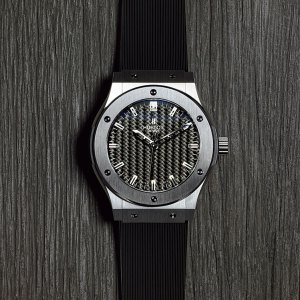 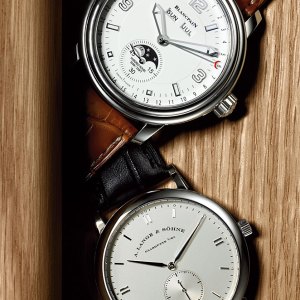 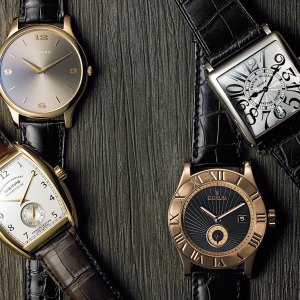 For much of the past decade, serious collectors paid little mind to slim, elegant dress watches. Exotic designs, high complications, and large dimensions held the spotlight, banishing most traditional models to the shadows.

Recently, however, dress watches have reappeared with a new look and an exciting market momentum. “The thin, clean look is definitely the new thing,” says Steve Goldfarb of Seattle’s Alvin Goldfarb Jeweler. “There have been so many chunky watches coming out, it was time for a new look. Some people are tired of chasing the very latest modern watch, and these are the kind of pieces you can wear forever.”

In its new form, the dress watch is no longer small. Diameters look comparable on the wrist to all but the most enormous modern timepieces. Profiles, however, remain slim. In many of these models, the proportion of a broader case and a larger dial combined with the still-slim profile creates a fine, coinlike appearance that was never as prominent in the older, smaller cases.

Many makers of more traditional watches have scaled up their most basic models to achieve this appearance, while others, like Jaquet Droz, actually seem to have anticipated the trend in the dimensions of their original models. Perhaps even more striking are new watches from Hublot and Corum—brands that have made their mark with edgy design. Even with modern design cues, the proportions and uncluttered layouts of these latest models clearly recall the minimalist beauty of the traditional dress watch.

Some retailers are quick to point out that rather than replacing the large, modern models that have been so prevalent in the high-level watchmaking of recent years, the new dress watches are an emerging category, one with its own horological interest that goes beyond exterior design.

“For us, the interest in this kind of piece really began with the Richard Lange watch from A. Lange & Söhne,” says Erik Halfacre of Traditional Jewelers, a retailer based in Southern California. That particular watch, released two years ago, introduced a new proprietary hairspring and balance system that gave this simple timepiece the gravitas of the best watches of the 1940s and ’50s.

Collectors often refer to the 1940s and ’50s as the golden age of wristwatches. Simple, elegant timekeepers—not far removed from this latest generation of watches—dominated the period. The finest of these watches still command healthy prices at auction. What’s more, some of the artistic qualities and technical features inside the pieces are actually more complex than those in contemporary models.

Ultrathin watchmaking developed as a discipline during this era, and many technical breakthroughs of the time are still used in dress watches. Piaget, for example, was a pioneer in the field with its 9p and 12p movements from the late 1950s. Just slightly more than 2 millimeters thick, these movements fit nicely into dramatically thin cases. However, thinness came at a cost: The movements’ low clearances could only accommodate relatively weak mainsprings for power, forcing them to run at a lower and less accurate frequency, and with relatively short, 36-hour power reserves.

Piaget has improved its modern ultrathin movements, such as the 430P in its Altiplano model, an exemplary modern dress watch. Special alloys and constructions offer better performance while shaving away even more thickness. Such technical advances, which Piaget made while the watch industry was producing larger and larger styles, seem prescient today. “We’ve always tried to be different and to stay true to who we are as a company,” explains Larry Boland, president of Piaget North America. “Of course, it helps that we have also specialized in jewelry watches that can use these kinds of movements as well.”

Blancpain, a watchmaker based in Switzerland’s Vallée de Joux, has specialized in ultrathin mechanical timepieces since the brand’s relaunch in the mid-1980s. The company works with its sister firm, Frédéric Piguet, to develop calibers. Although Blancpain’s most recent watches have emphasized sports cases and complications, the Villeret and Leman series were among the first timepieces on the market with the form and dimensions of the modern dress watch. The product-development executives at the two companies have worked hard to press their advantage as interest grows in their long-standing specialty. “We want to use the diameter of these new two- and three-hand watches,” explains Marc Hayek, president of Blancpain. “We can pack in more power reserve as well as better regulation and finishing. Not only can we add multiple power barrels, we really have a chance to play with the aesthetical side of the movement.”

Undoubtedly, Hayek and executives at competing brands in this niche market welcome the attention that the thin-watch revival gives their brands. The new styles highlight the horological heritages of many firms in ways that ultramodern pieces, with their rapid pace of development, do not. “We created a vintage collection this year to highlight the legitimate roots of our watches,” says Georges Kern, president worldwide of IWC. That company’s collection takes design cues from the brand’s early models, which mirror modern dress-watch style in size and proportion. Obviously, IWC’s designers understand that everything old can be new again—an adage that helps explain the appeal of the genre.Mechanical watches owe their continued existence to their connection with tradition—a quality that is less than obvious in modern watches, for all their technical wizardry. The new dress watches bring this tradition smartly up to date. “People like to go back to the styles they know,” says Piaget’s Boland. “They feel that this is money invested, rather than merely spent.”