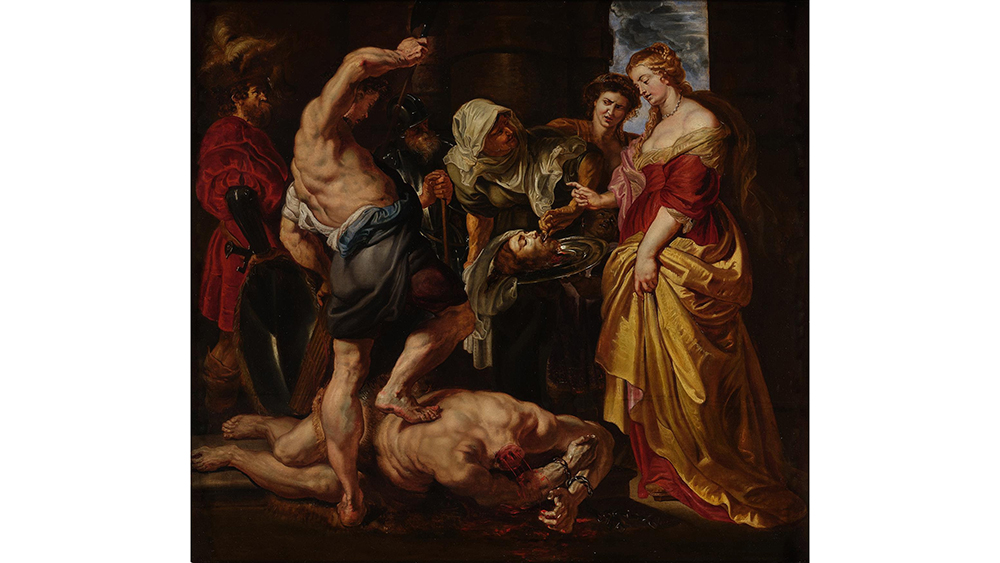 Sotheby’s will sell 10 paintings from the collection of a longtime Metropolitan Museum of Art trustee in January at Sotheby’s.

The group of works, set to hit the auction block in New York during an Old Masters sale on January 26, will be led by a Peter Paul Rubens painting that is expected to fetch an estimated $25 million–$35 million.

The Rubens painting, Salome Presented with the Severed Head of Saint John the Baptist (ca. 1609), last sold at auction after being rediscovered in 1998 for $5.5 million. If it meets its estimate, this will be one of the most expensive works by Rubens ever publicly sold at auction, but it is not likely to break his record. The most expensive painting by Rubens sold to date at public auction is The Massacre of the Innocents (ca. 1609–11), which fetched £49.5 million ($76.5 million) in 2002.

Salome comes from the collection of by Mark Fisch, a retired New Jersey real estate developer who amassed the group of works with his ex-wife, Rachel Davidson, a former judge.

Their collection, valued at an estimated $177 million, has been the subject of a contentious divorce proceeding which began earlier this year. The two were married for more than three decades.

Fisch, who has aided in the Met’s acquisitions of European paintings for its collection, also parted ways with Rembrandt’s Abraham and the Angels at Sotheby’s via a private sale last year. The painting was valued at $20 million, but its final price was never disclosed.

Also headed to sale from his holdings are paintings by Guercino, Bernardo Cavallino, Valentin de Boulogne, and Orazio Gentileschi, several of which have been exhibited at museums in London, Paris and New York.

When long-unseen Old Masters paintings come to auction, they tend to cause a stir. In 2021, when a Sandro Botticelli portrait from Sheldon Solow’s collection hit the block at Sotheby’s, it sold for $92 million, becoming the second-most expensive Old Masters painting ever auctioned.