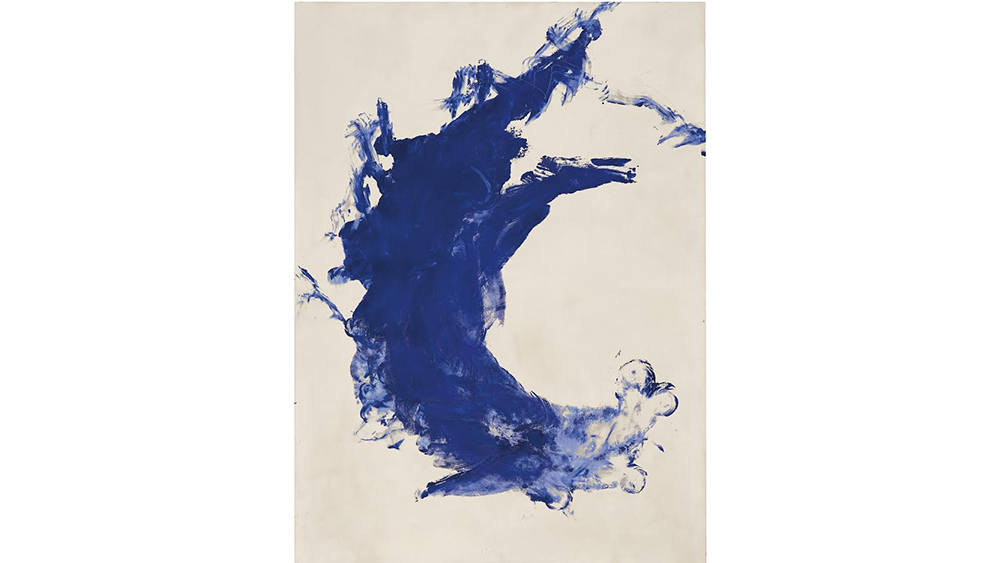 An Yves Klein painting featuring his trademark bluest-of-blue pigment will go to auction as a highlight of Christie’s evening sale of postwar and contemporary art in New York on November 13. The work from 1960, Barbara (ANT 113), is part of Klein’s fabled “Anthropometries” series, for which female models would be covered in the pigment and then choreographically directed by the artist to imprint their bodies on canvas.

The piece to be sold next month comes from an unknown private collection, and a portion of the proceeds from its sale will benefit the Water Academy for Sustainable and Responsible Development Foundation, which is a Switzerland-based environmental initiative. The cause might strike some as appropriate, since the painted form suggests a cresting wave in bright blue. (The model’s body is mostly abstracted, but a couple of footprints, chest marks, and pawing handprints add a jolt of humanity to the shape.)

Alex Rotter, Christie’s chairman of postwar and contemporary art, said in a statement that the piece “is brimming with dynamism and intensity representing a culminating moment in Klein’s celebrated ‘Anthropometries,’ an extraordinary burst of artistic production that resulted in some of the most revolutionary canvases of the 20th century.”

Of the sale’s charitable aspect, Rotter added that the water crisis is “an urgent issue in the world today.”