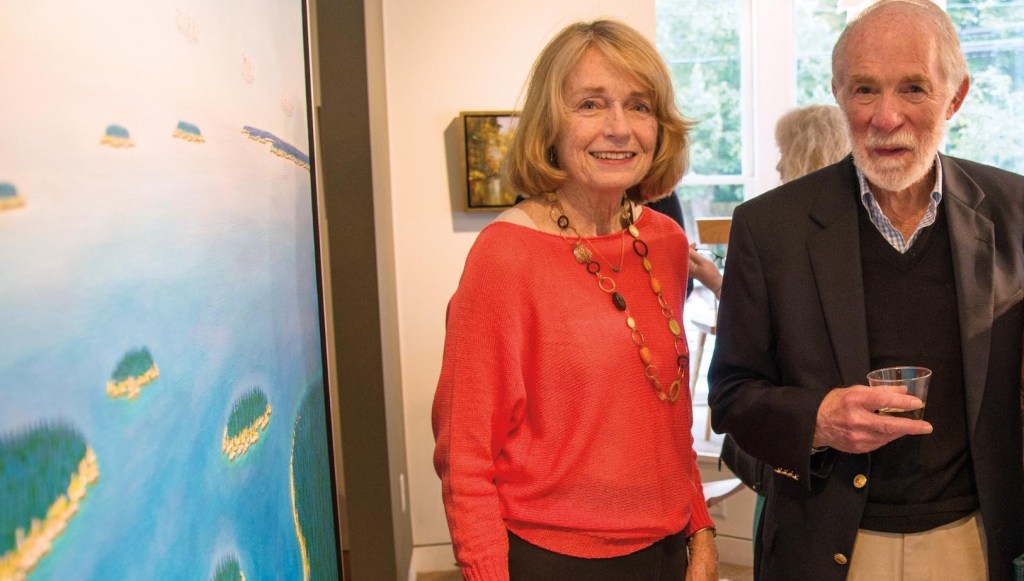 Anne Oliviero of Cape Elizabeth and artist Thomas Crotty of Freeport, Maine next to a piece by Eric Hopkins
View Gallery — 5   Photos 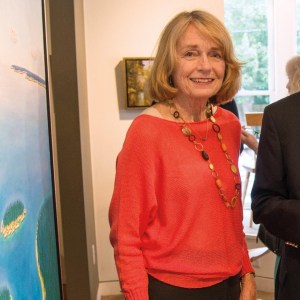 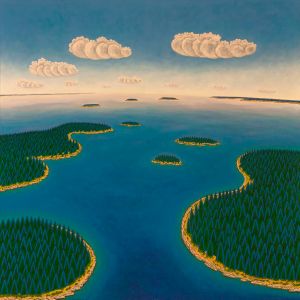 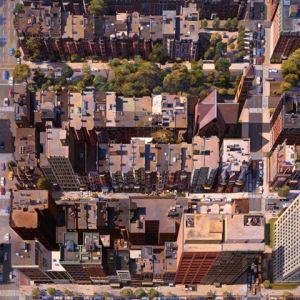 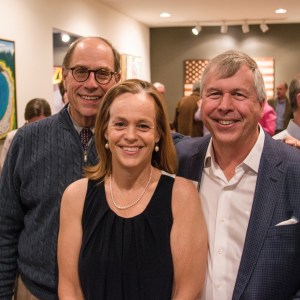 On Wednesday, June 17, 2015, Thos. Moser’s flagship showroom in Freeport, Maine hosted the Grand Opening event for it’s summer alternative gallery program, “The Best of Maine Contemporary Art.” The exhibit, which runs through October 12, 2015, is in collaboration with Maine Art Collectors (MAC). Tom Moser, founder and owner of Thos. Moser, with wife Mary celebrated the launch of this year’s show alongside Kevin Tierney, President of MAC, and wife Cris.

​”There is extreme interest in the museum and quality of art displayed this year,” says Laurie Perzley, Freeport Showroom’s Fine Art Director. “We’ve seen an increase in overall showroom traffic due in large part to the amazing works on display.”

​Since the show’s opening several works of art have been purchased, including, “Stream in the Woods,” an oil on canvas by Neil Welliver and “Manana West #24,”​ a three-dimensional acrylic on masonite composition by William Manning.