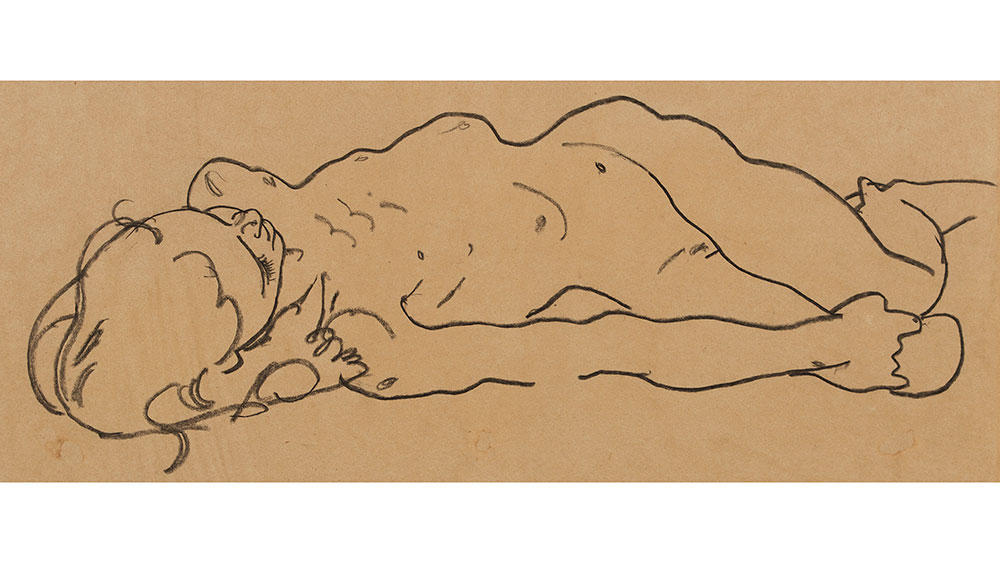 There are still vintage treasures to be found at your local thrift store, apparently. And, in at least one case, that treasure could be worth $100,000 or more.

Last year, a man stumbled across a previously unknown Egon Schiele drawing while browsing through the poster and painting selection at a Habitat for Humanity thrift store in Queens, New York, according to CNN. The  drawing, which depicts a nude woman reclining, is now expected to sell for between $100,000 and $200,000.

The drawing, Reclining Nude Girl, is now up for sale at Galerie St. Etienne and is included in its current “The Art Dealer as Scholar” exhibition. According to the Manhattan gallery’s director, Jane Kallir, who also published the first complete catalog of the Austrian expressionist’s watercolors and drawings in 1990, said the man first reached out to her about the painting last year. While she was initially skeptical of his find, especially as it took him over a year to send high-quality images of the drawing, she was convinced after she was able to carefully examine it in person.

“I wanted to see how this drawing fit with the other drawings,” she told CNN. “It fit perfectly, and I could almost pinpoint the modeling session from which it came, so then my initial gut was confirmed, and I said ‘yeah, this is it.'”

The drawing is believed to date back to 1918, the same year the artist died of Spanish flu. According to Kallir, Schiele did 20 drawings of the woman and her mother, and it’s quite possible he drew two others on the same day that he created Reclining Nude Girl. The other drawings are part of the collections of the Metropolitan Museum of Art and the Leopold Museum in Vienna.

Kalir said that while people reach out to the gallery all the time about their potential undiscovered artworks, this is only the second time in her career that one of those turned out to be legitimate. The lucky man, who wishes to remain anonymous according to Galerie St. Etienne, intends to give a portion of his profit from the sale to Habitat for Humanity.