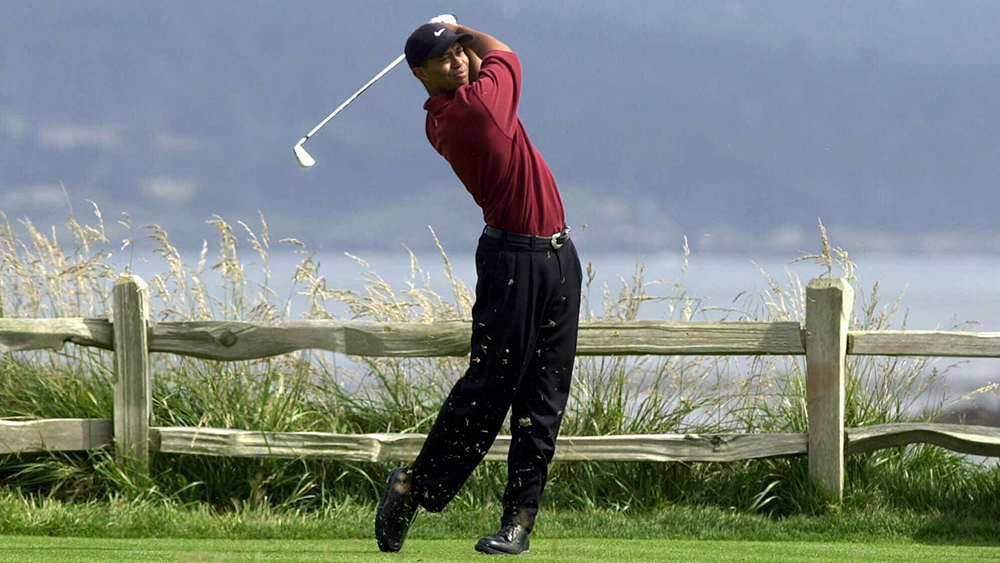 It may be the most famous feat in golf, and now you can own a piece of it. With a new Golden Age listing, you can place your bid on the complete set of irons and wedges Tiger Woods used to win four consecutive major championships.

Dubbed the Tiger Slam Winning Irons, the set helped Woods take home trophies at the 2000 US Open, 2000 Open Championship, 2000 PGA Championship and the 2001 Masters. As a result, he became the first golfer to ever hold all four titles at the same time. The set includes the 2-iron through pitching wedge of Woods’ Titleist Forged irons and two custom Vokey wedges—at 60 and 58 degrees—that are both stamped “Tiger.” You’ll find that the 58-degree wedge is bent to 56-degrees and hand-stamped “56*”. But the face of the 8 is the ultimate collector’s piece, as the wear mark on that club face is astonishingly compact, showing just how consistent of a ball striker Woods was at his peak..

Following Woods’s legendary majors run, the clubs were given to Titleist execs Rick Nelson and Steve Mata. The duo delivered Woods a new set of irons 7 weeks after the 2001 Masters that he ended up using on the Pro-Am Tour that week. In the meantime, Nelson took the old ones back to the Titleist Tour Van to verify that the new alternatives would match Woods’ former gamers. They must’ve performed just fine, because he allowed the execs to keep the old ones—no big deal, apparently—and Mata was the one to take them home.

Woods’s “Tiger Slam” irons that are now on auction.  Courtesy of Golden Age

In 2010 Mata sold the set at auction for $57,242. It was also the last time the clubs were publicly available, before they ended up with Texas businessman Todd Brock who agreed to place them back on auction this week. “Ok. They’re yours,” he told Golden Age after the online golf auctioneer “pleaded with Brock” to put them on the market again. The slam-winning irons will come with affidavits, declarations of ownership and the results of a polygraph test done by Mata for the clubs’ original sale in 2010.

The winning bidder will also receive a September 2000 Golfweek magazine article with the lot that details the exact specs of the clubs, which the magazine profiled after Woods won the PGA Championship that summer.

At the time of writing, Woods’ 2000-2001 Tiger Slam-winning Irons have a current bid of $527,846. With 15 days left to receive offers, that number may more than double before the sale closes. And if you want the driver he won the Tiger Slam with? No chance. Woods keeps that on display in his home.