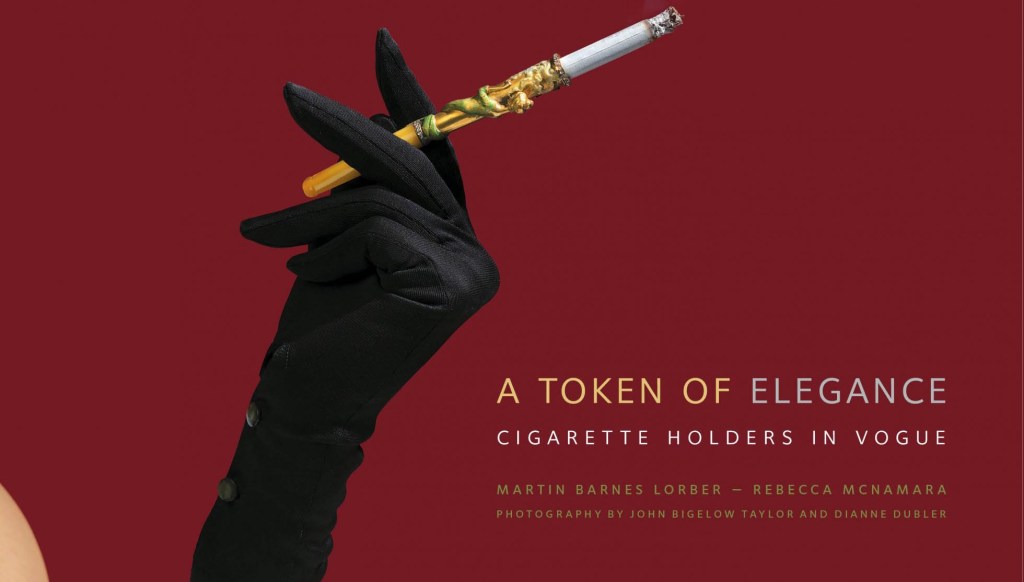 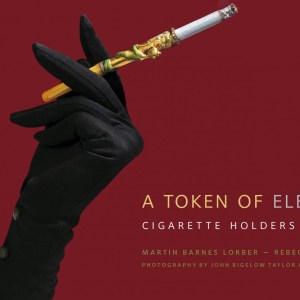 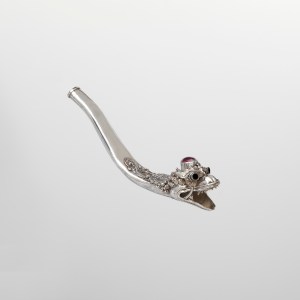 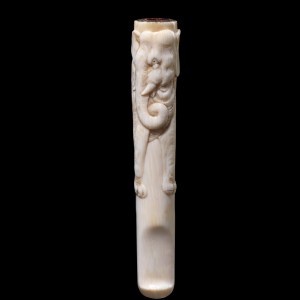 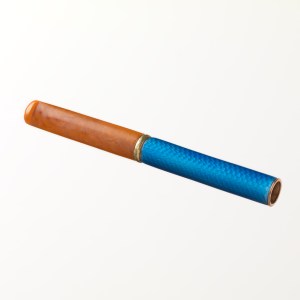 Cigarette holders, while utilitarian in purpose, are often works of art, objects of beauty and even tools for communication, according to A TOKEN OF ELEGANCE: Cigarette Holders in Vogue (Officina Libraria, distributed by ACC Distribution, November 2015, $50 U.S.) by Martin Barnes Lorber and Rebecca McNamara with photography by John Bigelow Taylor and Dianne Dubler and an introduction by Carolyn Hsu-Balcer. Offering an unprecedented look at these diminutive objects through approximately 135 pieces from Hsu-Balcer’s collection, this lavishly illustrated book reveals for the first time the social history of tobacco combined with a design history of its accessories.

In Lorber and McNamara’s introduction to A TOKEN OF ELEGANCE, they swiftly take the reader through our four-thousand-year love affair with the tobacco plant that gave rise to cigarettes in mass production at the end of the nineteenth century. This modern, neatly configured and packaged smoking device “attracted women to luxuriate in smoky reveries,” they write. “On the eve of the twentieth century, the accelerating habit of men and women smoking cigarettes the world over produced the first widely used, portable accoutrement since the seventeenth-century snuffbox: the cigarette holder. Holders became a handy theatrical prop for business and political confrontations as much as a fashionable branding tool of social sophistication among celebrities and within elite circles.”

The book’s four chapters focus on tobacco’s journey from the New World to the Old; the plant’s medicinal use as well as its pleasure; the rise of cigarette culture in the nineteenth and early twentieth century; smoking and its sociability in the modern era between the World Wars and the rise and fall in popularity of cigarette holders.

The cigarette holders themselves take center stage in the catalog section of A TOKEN OF ELEGANCE. Through eye-catching new photography, readers will view not only the first cigarette holder ever made (in 1875) but also exquisite examples made by leading international jewelers, including Boucheron, Cartier, Fabergé, Tiffany & Co. and Van Cleef & Arpels. From a holder once owned by Princess Margaret to disposable cigarette holders made as promotional giveaways at fashionable New York City nightclubs, from objects made of gold, silver, ivory and those encrusted with jewels to pieces made in China, England, France, Japan, Russia, Thailand, the United States and elsewhere, all chosen from Carolyn Hsu-Balcer’s 400-plus-piece collection of cigarette holders. A TOKEN OF ELEGANCE offers readers an extraordinary look at these very personal accessories.

Hsu-Balcer’s collection grew not only from her love of beauty and functionality but as a personal homage to the tobacco trade that first provided her family a comfortable living in Shanghai and later a lifeline when they fled the Chinese Revolution of 1949 and settled in Virginia’s tobacco country. She first began collecting cigarette holders in 1991 when still a smoker toying with the idea of using one herself. “Over time I became less interested in smoking and more interested in cigarette holders,” she writes in the foreword to A TOKEN OF ELEGANCE. “I was attracted by the endless variety of materials, the period styles, the marriage of artistry and practicality, all played out in a small canvas that looked equally at home between the fingers as it did between the lips.”

For anyone fascinated by superb, unique examples of design and functionality, jewelry and/or social history, A TOKEN OF ELEGANCE: Cigarette Holders in Vogue is essential reading as well as an ideal illustrated book to give this holiday season.