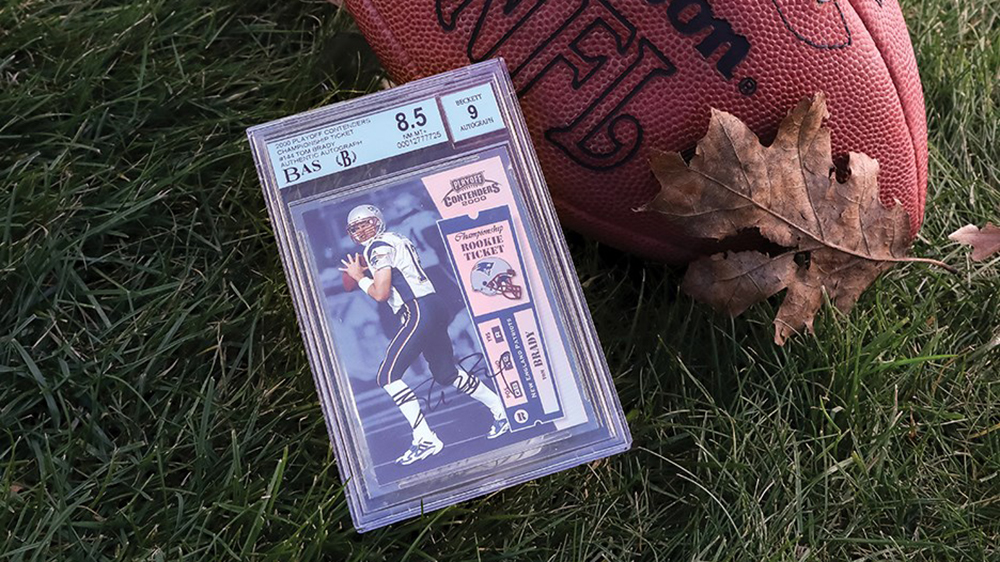 A Tom Brady rookie card sold for more than $1 million over the weekend and that could turn out to be a real deal for its new owner.

An autographed copy of the QB’s 2000 Playoff Contenders Championship card sold for $1.23 million to an anonymous buyer as part of Leland’s The MINT25 auction on Saturday, reports Barron’s. The price may be astronomical, but failed to reach pre-sale estimates for the card. The buyer may have gotten themselves a bargain based on what has happened since, though.

Bidding for the card, which lasted from January 2 until 10:00 pm ET Saturday night, really got going in the auction’s final hours. Take a look at the bidding history and you can see the price jump from $573,005 to $1.23 million during that time. It’s not strange for bids to start pouring in as the last hours tick away on an auction, but something particularly noteworthy happened as bidding ended—word started circulating that Brady was thinking about retiring.

On Saturday afternoon, ESPN reported that the quarterback was hanging it up. That would be the end of the matter for most players, but not for Brady. In the hours that followed, the Tampa Bay Buccaneers head coach Bruce Arians contradicted the report, saying the 44-year-old who still led the league in QB rating this past season hadn’t made a decision. The NFL echoed that, as Brady hadn’t formally filed his retirement paperwork with the league. Then Tom Brady Sr., no stranger to speaking on his son’s behalf, said junior wasn’t retiring. On Monday, Brady said he was still mulling his future before finally announcing on Tuesday morning that he had decided to walk way professional football, following a 22-season career in which he won seven Super Bowls, more than any other franchise, let alone player, in NFL history.

While we’re sure the new owner of the signed Brady rookie card was feeling good about their purchase on Saturday evening, we can only imagine they feel even better now. It may not be the most valuable Brady card—that belongs to another version of the same card that sold for $3.11 million last summer—but number 99/100 is one of the best graded examples in existence, with a rating of 8.5 NM-M+ from Beckett Authentication Services.

As has been the case with other sports legends, like Michael Jordan and LeBron James, prices for Brady memorabilia—including everything from game-worn jerseys to his old Cadillac Escalade—have sky rocketed since the start of the pandemic. Now that he’s called it quits, don’t be surprised if the upward trend continues.