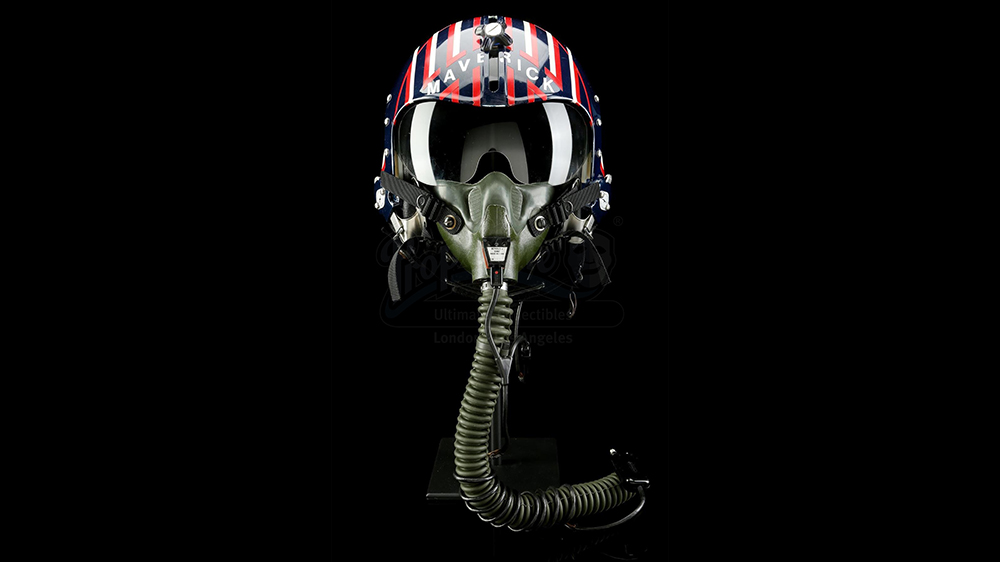 Despite a penchant for taking risks, even Top Gun’s Maverick understood the value of a good helmet. And now the actual colorful headgear that Tom Cruise wore in one of his most iconic roles could be yours.

Pete “Maverick” Mitchell’s fighter pilot helmet will hit the block next month as part of the LA-based Prop Store’s Entertainment Memorabilia Live Auction. The helmet, which includes a visor and oxygen mask, is just one of 850 pieces of memorabilia from classic movies and TV shows that will go up for auction as part of the sale. But it may be the headliner.

Maverick’s helmet isn’t just some cool looking prop, either. Costume supervisor Jim Tyson used actual US Navy-issued Gentex HGU-33s for filming, reports The Drive. Of course, as anyone who’s seen the Tony Scott-directed 1986 film knows, this helmet has been fully customized to fit the fictional pilot’s bold personality, and features a tinted visor, red and silver stenciling and a screaming eagle design. The memorable design will make a return in the movie’s upcoming sequel, Top Gun Maverick, though it now adorns a modern-day HGU-55 helmet.

This particular helmet was one of three made to specifically fit Cruise for Top Gun, and has “Maverick #1” scrawled on the inside. The actor didn’t just wear the headgear on set; he also strapped it on for back-seat ride-a-longs in an actual F-14 Tomcat. While the green oxygen mask that comes with the helmet is not the one used during filming, everything else is the real deal and comes with a certificate of authenticity signed by Tyson.