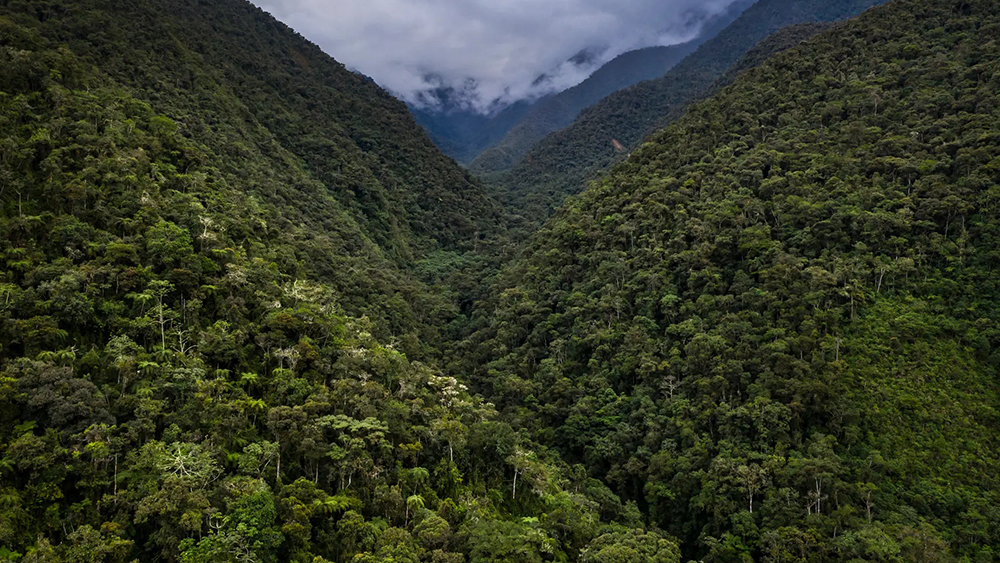 Some of the art world’s biggest galleries and museums, including David Zwirner, Hauser & Wirth and the Guggenheim in New York, have teamed up to preserve 200,000 acres of endangered rainforest in Peru.

The sustainability collective Galleries Commit announced on Instagram Tuesday that the area, called the Chuyapi-Urusayhua Regional Conservation, is now permanently protected thanks to a matching funds program with more than 40 art institutions and individuals. Galleries Commit partnered with the artist-led non-profit initiative Art to Acres to save the lush landscape north of Machu Picchu. The conservation area is one of the last 1% of cloud forests on Earth and home to a high biodiversity ecosystem that provides drinking water for more than 46,000 nearby people.

“The local communities are stewarding this protection of a high biodiversity ecosystem in a remarkable manner,” Art to Acres founder Haley Mellin told The Art Newspaper. “The impetus to support sprung from artist Mika Rottenberg’s act to include a budget line-item for acreage conservation for her 2019 MCA Chicago exhibition. It grew to integrate studio, advisor, gallery and institutions’ first environmental contributions.”

Recognizing the art world’s responsibility to addresses the climate crisis, Galleries Commit joined local conservation nonprofits like the Amazon Conservation Association who have worked on the ground in Peru for more that 20 years. The organizations reached the amount necessary to conserve the land with donations as large as $9,000, however the average donation was about $150.

Among the museums, publications, and organizations to donate funds are Artforum, the Hirshhorn in Washington, DC, MoMA PS1 and the California College of Art. Commercial galleries included Marianne Boesky, Charles Moffett and James Cohan, while individuals’ contributions came from artists and curators including Robin F. Williams, N. Dash and Zaria Forman.

Following the successful completion of this project, Galleries Commit will focus on developing new tools for the art industry make tangible, long-term impacts on the climate, from cutting emissions to supporting collective action. It is currently working with Artists Commit, its artist-led sister organization founded in 2021, to draft a second round of Climate Impact Reports, which analyze data on the energy consumed by exhibitions.

Since the project was launched in October of 2021, several major institutions worldwide have adopted the practice of analyzing the carbon footprints their projects, including P.P.O.W and the Museum of Contemporary Art in Los Angeles. In February, Hauser & Wirth released the findings of its first CIR conducted on the exhibition “Gustav Metzger” at its Somerset gallery.