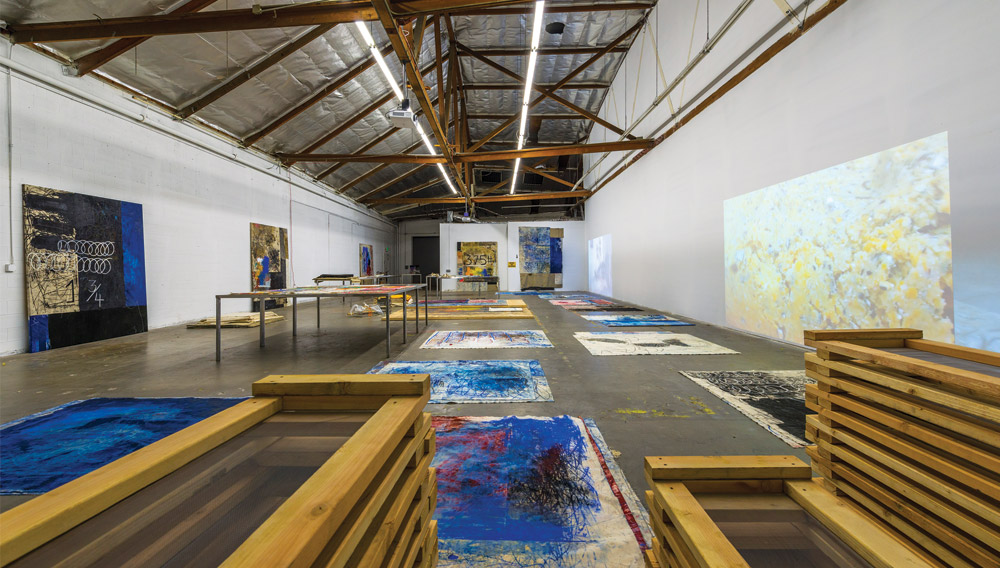 In January, Cesar Garcia, LAXART’s former associate director and senior curator, opened his own Los Angeles gallery and called it the Mistake Room (www.tmr.la)—a moniker inspired by Glenn Kaino’s performance art piece by the same name. The new exhibition space, housed in a former clothing factory on the southern edge of the downtown industrial center, is one of the city’s first midsize galleries to host site-specific exhibitions. Garcia says he started the nonprofit to broaden Los Angeles’s perspective and presence in contemporary art, and he opened the gallery with a solo exhibit by Oscar Murillo, the first for the 28-year-old Colombian artist at a United States institution. “The list of big names that have never shown in L.A. is remarkable,” Garcia says. “Bringing them is the heart of the program—my contribution to L.A.”

Murillo, who is now based in London, is a fast-rising star in the art world and often compared (both favorably and unfavorably) with Jean-Michel Basquiat. Murillo requested to show in the Mistake Room’s raw space to complement his exploration of manual labor in an exhibit he called Distribution Center. The gallery’s 4,500-square-foot industrial space is now closed for renovations (though its wood-beamed ceilings, exposed insulation, and concrete flooring will be left intact) and will reopen in July with an exhibit by the Thai artist Korakrit Arunanondchai. This will be followed by two solo shows of works by abstract expressionists, both assembled by senior curator Kris Kuramitsu, and an exhibit from Ibrahim Mahama, a young artist from Ghana who creates large installations of used coal sacks to explore the trade of resources between Africa and the rest of the world.