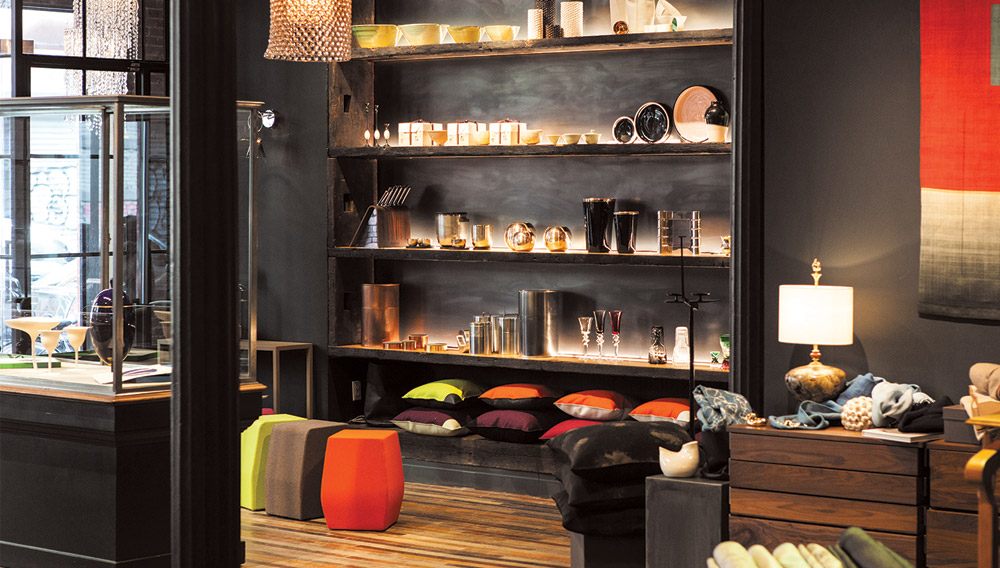 Thanks to Atelier Courbet (www.ateliercourbet.com), a gallery and shop in New York City that opened late last year, fine- art and design enthusiasts have direct access to more than 20 of the workshops and artisans behind luxury brands such as Puiforcat and Saint-Louis. The eye behind the shop’s exquisite and eclectic collection is Melanie Courbet, formerly a publicist with luxury brands such as LVMH and designers including Thom Mayne. She has assembled a selection of limited-edition and one-of-a-kind pieces that range from a bumper bed by Marc Newson (from $28,000) to a collection of signed and numbered rugs (starting at $24,000) by Frank Gehry, Vladimir Kagan, and Matthias Bitzer. There are also small surprises such as Thornwillow’s hand-stitched edition of The Walrus and the Carpenter by Lewis Carroll  ($40) and Sèvres porcelain bowls ($950 each) crafted from a mold of Marie Antoinette’s bosom (the queen had the ceramicists of Sèvres take a casting of her breast to make a cup for the king’s milk).

The atelier—housed in a 2,700-square foot, 19th-century carriage house in SoHo—also holds exhibitions curated by Courbet and performance events hosted by the artisans. The first show was a collection of furniture made by Bruno Domeau and Philippe Pérès, who formerly worked as a saddler and an upholsterer for Hermès. It was followed by the first solo exhibition in the United States of furniture and design pieces by the Dutch designer Aldo Bakker.