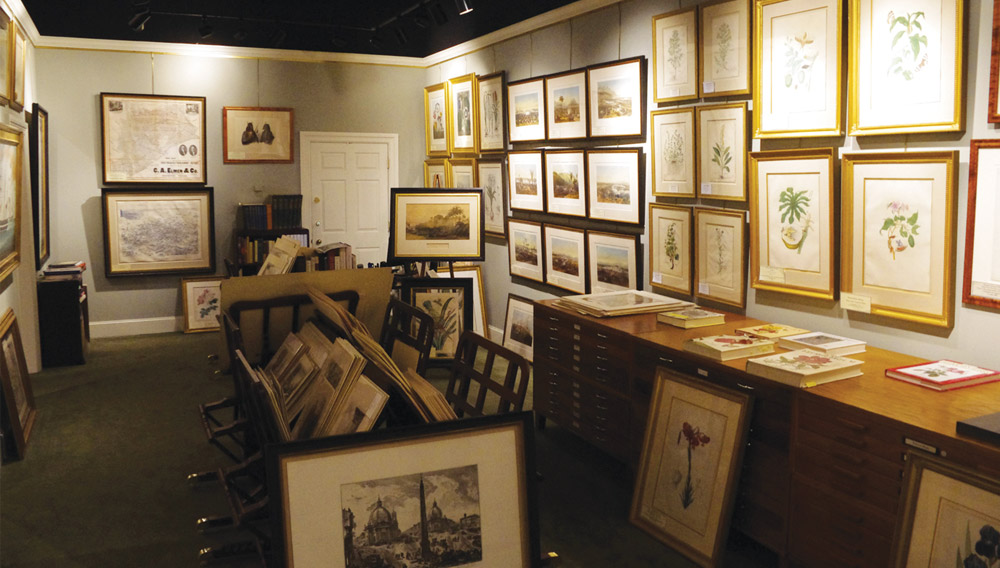 Like many people, Graham Arader was profoundly influenced by his college experience. When he was an undergraduate at Yale, Arader met Alexander Orr Vietor, the curator of the university’s map collection. Vietor mentored the aspiring collector on the complexities of map collecting, and it didn’t take long for Arader to put those lessons to use. By the end of his senior year, Arader had sold $100,000 in antiquarian maps.

These days, Arader’s reach is decidedly broader. Based on news reports published in 2011, the collector’s inventory of rare prints, books, maps, and atlases is estimated to be worth at least $600 million. Much of that inventory is dispersed among five galleries, including the W. Graham Arader III gallery (www.aradergalleries.com) in Houston, which specializes in original Audubon prints as well as antique maps and atlases focusing on that region of the country. “Texas history is so fascinating,” says Katie Jernigan, who has worked in the gallery for the past three years. “This region was once under Spanish rule, then Mexican rule, then we became a republic. We’ve been under so many flags, and maps played an important part in all of that, so there’s passionate interest.”

The gallery draws attention from local collectors for its inventory of rare pieces, such as a John Hamilton Robinson map of the region, circa 1819, which reflected the cartographer’s personal quest to free Mexico from Spanish rule. Fewer than 10 copies of the map are known to exist, and the copy available through the Arader gallery (at the time this story went to press) is one of only three that Robinson filed with the Library of Congress to preserve his copyright. “It’s not so much an accurate cartographic document,” Jernigan says of the map, “as it is making a political statement.”