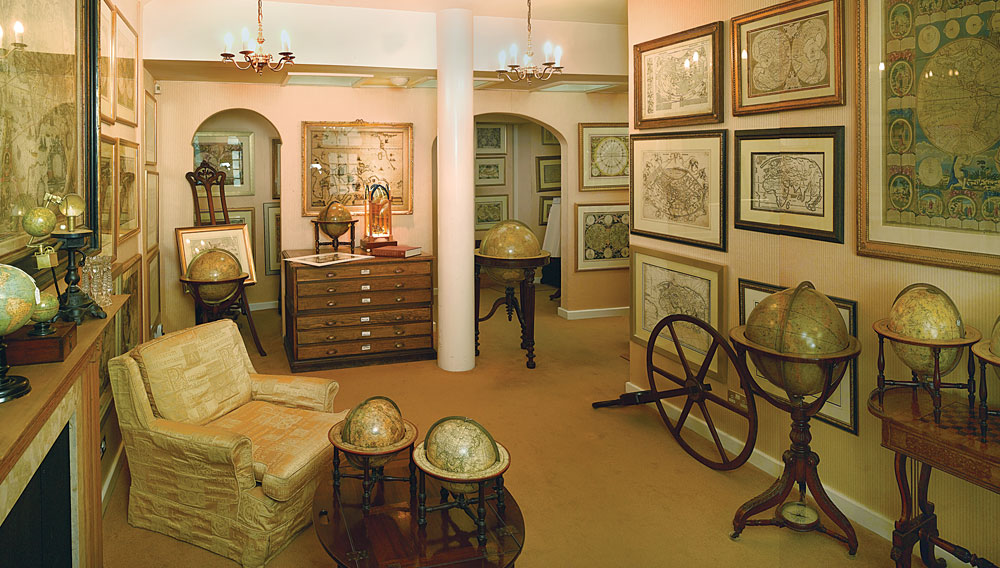 With a modest two-paned window display framed by a dark blue facade, the Map House (www.themaphouse.com) in the Knightsbridge section of London seems like an unassuming cartographer’s gallery when viewed from the street. Once inside, however, a customer quickly discovers the magnitude of the shop. Filling six galleries that stretch out over four buildings, the Map House is home to an inventory of 10,000 maps that span the globe and date as far back as the late 15th century.

From the earliest maps depicting Christopher Columbus’ discovery of the New World to maps chronicling explorer Ernest Shackleton’s route to the South Pole in the early 1900s, the store has something for any armchair traveler’s taste. As Philip Curtis—one of the store’s directors—explains, the Map House does more than just cover the spectrum of map categories. It also provides numerous styles and examples that can accommodate any budget. “We like to think that for almost anything that customers ask of us, we can show them 20 different variants on that theme. It’s one of the great joys that come from having the largest inventory of fine maps in the world,” he says. “If somebody wants one map for their home or office, they want one particular memento. They won’t want to just take what they can get. We pride ourselves on giving them a wide choice so they can pick the one that they want.”