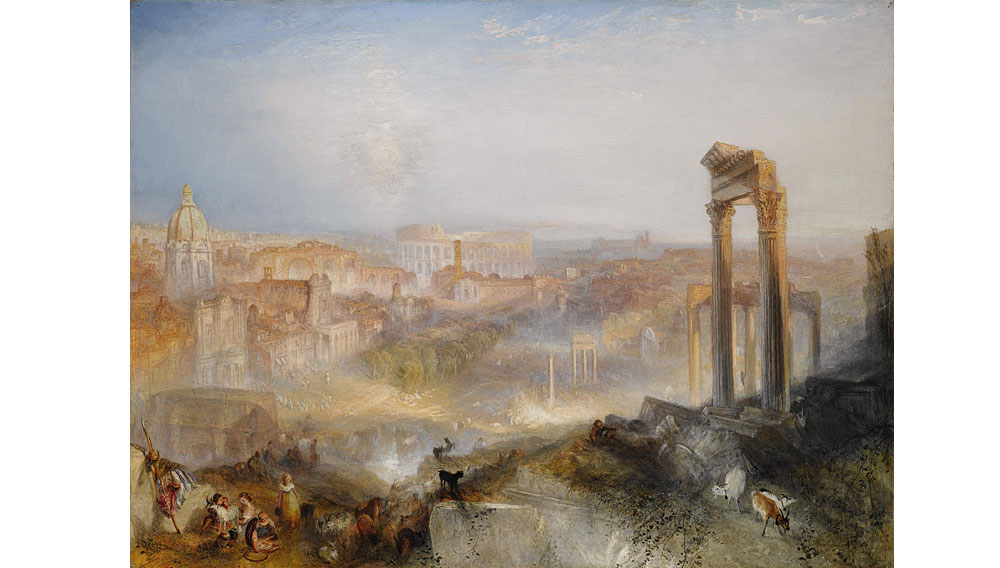 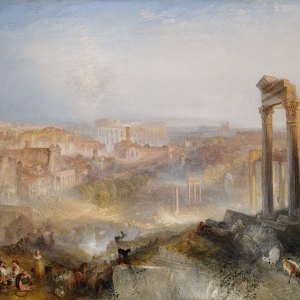 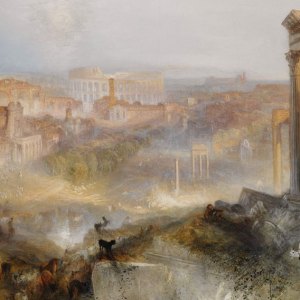 Sotheby’s London just may lay claim to the art market’s next big sale: An auction of Old Master and British paintings on July 7 will feature British darling Joseph Mallord William Turner’s stunning Modern Rome—Campo Vaccino, offered in its original frame. The 1839 painting is distinguished by its “mint, untouched condition,” says David Moore Gwyn of Sotheby’s, who calls the painting “a rarity in two forms. Firstly, a work from Turner, which is exciting nonetheless, but rarer still in that we can trace its provenance to just two families.” Indeed, Turner’s signature dream-like, pastel-colored interpretation of Rome, an homage to his two visits to the city, has an extraordinarily short provenance. It was purchased directly from its first exhibition at the Royal Academy in 1839 and stayed with its original owner until his death in 1878, when it was sold to the family who will put it up for sale this month.

Turner’s inspiration for the painting stretches back to 1819, when he first visited Rome. His appreciation of the city, which was then decrepit and filthy, is recalled in his title, campo vaccino, which translates to cow field. Turner’s magical interpretation of the Italian city was culled from hundreds of notebooks he kept throughout his stay. Modern Rome—Campo Vaccino is expected to fetch between $17.5 million and $26 million. (Sotheby’s: Art Auction House, Private Sales and Art-Related Financing)