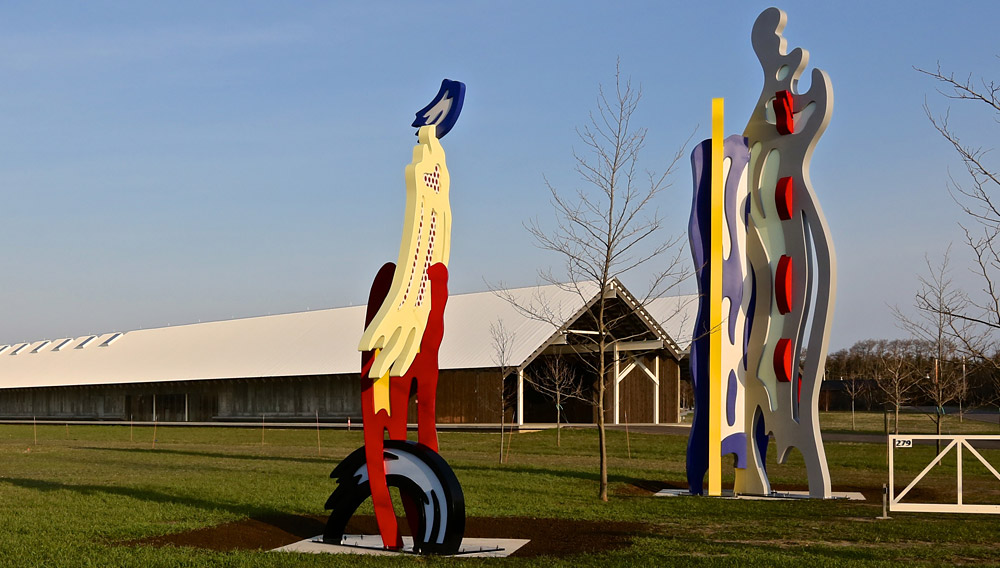 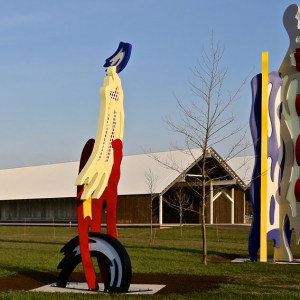 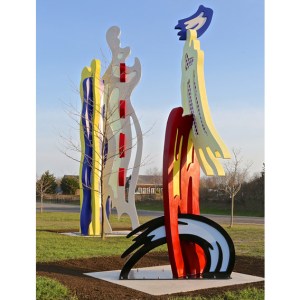 This summer, the beach is not the only sight to see in the Hamptons. Roy Lichtenstein’s (1923–1997) monumental sculptures Tokyo Brushstroke I and II (1994) are now on view at the Parrish Art Museum outside its newly constructed Herzog and de Meuron–designed building in Watermill, New York.

The installation at the Parrish Art Museum—which was founded in Southampton in 1898 and is the oldest cultural institution on the East End of Long Island—is the latest in an ongoing history of Lichtenstein exhibitions at the museum. After a decade visiting the area, Lichtenstein and his wife, Dorothy Herzka, moved their home (and his studio) to Southampton, New York in the 1970s. Terrie Sultan, director of the Parrish Art Museum, notes that the artist was an important presence in the East End art community for decades, and that the museum has presented multiple exhibitions of Lichtenstein’s work over the past decades.

The two pieces on display are part of the series of colorful “brushstroke” sculptures that Lichtenstein created towards the end of his career, in the 1990s. The two tall, undulating sculptures are painted in different shades and are described by Sultan as “a profound representation of a painter’s creativity—the full-on expression of the stroke of a brush.”

If you can’t make it to the museum to see the works up close, look for Tokyo Brushstroke I when driving past the building—the 33-foot-tall sculpture is clearly visible from the Montauk Highway. (www.parrishart.org)